The commercial drone market is starting to gain traction. There are some obvious markets for drone usage, including real estate marketing, media and inspections. FairFleet, a Munich, Germany-based startup that’s launching out of private beta at Disrupt London today, brings together drone pilots and businesses for exactly these kinds of use cases.

Allianz Digital Accelerator entrepreneur in residence Eldar Gizzatov founded FairFleet. As an insurance company, Allianz has an obvious interest in drone technology for improving its claims process after disasters, so Gizzatov and his team, which also includes co-founders Alex Kostitsyn andDario Manns, looked at the insurance industry as its first use case.

“That was only the initial step,” Gizzatov tells me. “It’s not a viable business if you just wait for a flood to happen. My goal was to have a venture that isn’t too reliant on Allianz.” Given this, it’s no surprise that the project evolved into a broader marketplace.

To get started on the platform as a pilot, FairFleet goes through a pretty rigorous vetting process. Pilots have to fill out an application form, which includes links to their portfolio of drone images and videos. After that, the company interviews pilots on the phone to get a better idea of the kind of jobs they can do and their risk profile. You don’t want to hire a pilot, after all, who blatantly disregards basic drone safety rules.

Clients who want to hire a pilot mark the location or area they want to get images of and FairFleet then contacts pilots in that area to provide a quote for the job. It then compiles a list of the top three pilots who want the job and have the right equipment and gives it to the client.

Gizzatov tells me that Allianz alone has already sold close to 25,000 drone insurance policies in Germany, so there is clearly a supply of available drone pilots for FairFleet. He also believes demand is growing, though he acknowledged that the industry still has some work to do in educating potential users. 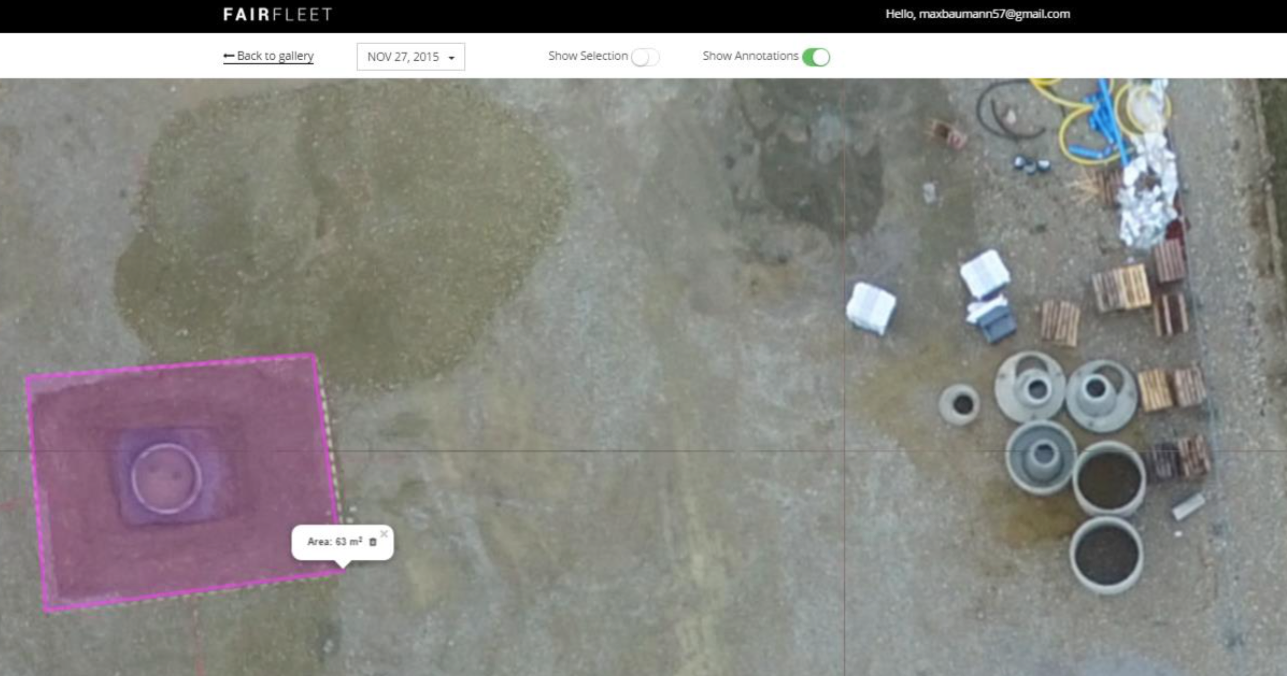 Gizzatov previously worked on Rocket Internet’s peer-to-peer lending platform Lendico. He tells me this gave him a background in building marketplaces, but he also counts his work on Autodesk’s ReCap reality capture and 3D-scanning project as an intern as an inspiration for this new venture.

The focus for FairFleet is currently on construction, real estate marketing and media in the German market, where it’s relatively easy to get a commercial drone license.

Starting today, FairFleet is open for business, and any pilot in Germany who wants to be on the platform can sign up, though there is no guarantee that FairFleet will be able to match them with jobs just yet.