Today, as you nurse your wounds from Black Friday stampedes outside your local mall, or sit in traffic as you make your lengthy travel back home from the holidays, here’s a reminder that life doesn’t have to be so hard.

Forget UberBLACK. This weekend, the who’s who of absurdly wealthy people chilling in Dubai who aren’t skiing indoors or BASE jumping off of the Burj Dubai are grabbing UberCHOPPERs to take them on the 130km journey from Dubai to Abu Dhabi so that they can check out the 2015 F-1 Grand Prix happening there this weekend.

Uber detailed that the promotion will “deliver luxury, convenience, and sky-high style all at the tap of a button.”

Heading to Abu Dhabi from Dubai for the Grand Prix? Skip the traffic and kick off your racing weekend with UberCHOPPER.

The promotion is being offered via a partnership with Alpha Tours, a major tourism company in the UAE, which Uber is getting its airpower assistance from.

The company appears to have a pretty classical approach to luxury according to their website. Exhibit A:

For those throwing down the AED2,250 (about $612) per person, they can be assured that the ride will not disappoint. Passengers will get door-to-door Uber service from their pickup location to a helipad where they’ll grab a seat on an Agusta 109E Power helicopter. The helicopters sit six people so if you’re down for a “casual jaunt” to the Grand Prix with your buddies, this could be the move. 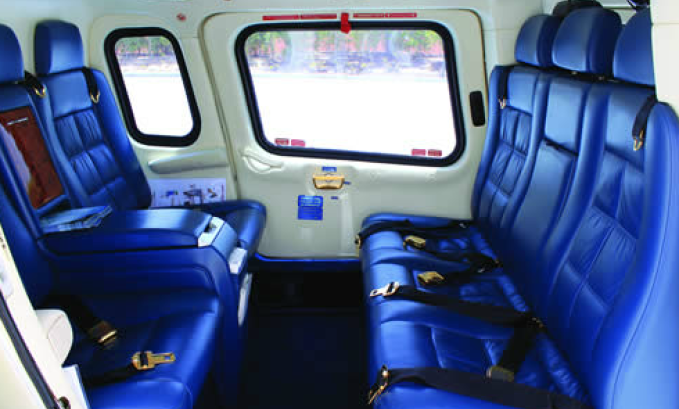 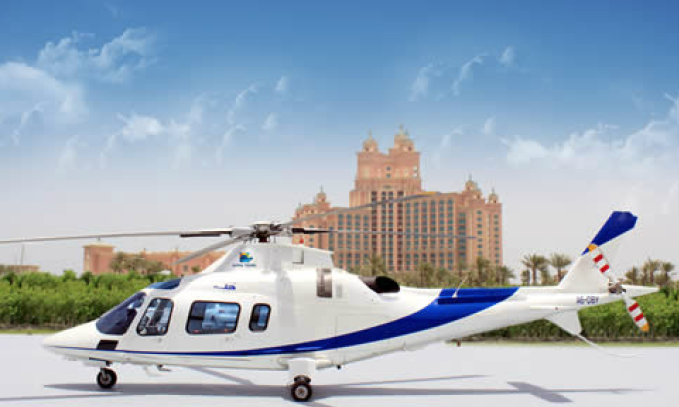 Dubai isn’t the first place where UberCHOPPER has been offered; the luxury service has been sporadically available at major events for the past couple years, but it’s clear that it’s something Uber is only going to continue experimenting with. Earlier this month, Uber Manila offered Filipino citizens the chance to take a free UberCHOPPER ride around the city.

It isn’t clear what the next step is for UberCHOPPER, and whether Jordan Belfort-types will soon be able to grab one on-demand from the office helipad.

What is apparent is that there are certain places where demand for this service is absurdly high. Thank god there’s no surge pricing on these things (at least for now).