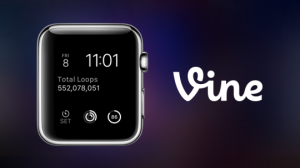 Fresh on the heels of Snapchat announcing Story Explorer, Vine has today announced a new way to discover Vines following a similar theme.

When browsing in a channel or through your own feed, simply swipe left on a Vine to see other content that is of a similar nature. In the example provided as part of Vine’s blog post, you can see Vines of Justin Bieber across multiple accounts, like J-Bieb’s himself, the AMAs, and more.

Vine actually launched a Similar Vines feature back in October for Android and brought it to iOS shortly after, but now users have the ease of simply swiping left to find them. Before, users had to click into the “Similar Vines” tab under the post.

Vine wouldn’t go into too much detail describing how it determines which Vines are similar, but the company did say this upon introduction of the feature:

As you and your fellow Vine viewers watch and interact with Vines, that activity helps us determine which posts to show.

With ‘Similar Vines’, Vine seems to be trying to open up discovery for its user base. The app has traditionally seen a few Vine stars dominate the popular pages, which is why the service has rolled out more channels. On the other side, fostering top creators on Vine also seems to be a priority given the company’s recent release of loop/audio re-mixing tools.

Alongside the launch of the ability to find similar vines, the company is also making the app compatible with Apple Watch .

Users can select a list of Favorite Vine creators and scroll through their own curated feed, or look through the Featured section, which is compiled by Vine editors from the Sports, Comedy, and Music channels. Vine has also added the ability to Like and Re-Vine from the watch app.

And if you’re really into Vine, you can add Vine as a watch face that will show your account’s total loops. 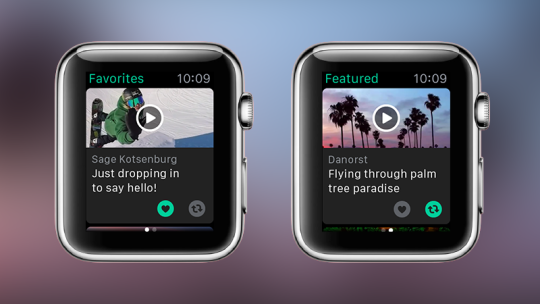 You can check out Vine’s official announcement here.