Upthere launched their first apps into beta last week, and so far the beta period is off to a good start, the company tells me. No word on how many users have slipped through during the beta, but I’m told that invites are being slowly doled out.

Over 3.5 million files have been uploaded to Upthere, which aims to be your personal computer in the cloud. Once your files are there, you’re free to view them on any device, be it mobile or desktop. The idea is that since you’re directly writing files to the cloud, you’re reading them directly too…and it’s super fast.

When Adele’s album came out yesterday, I bought the tracks from Amazon for $9.99 and uploaded the MP3s to Upthere immediately. Using their Home app, I’m able to stream the album from anywhere, without having to store the files locally: 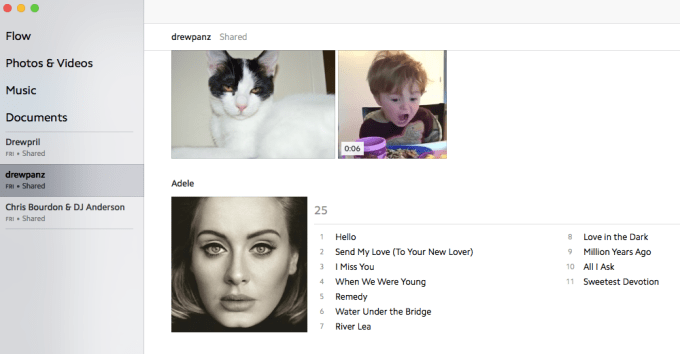 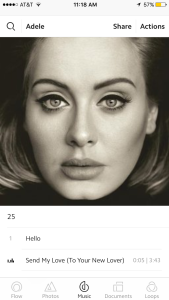 Just storing the songs wasn’t the goal for me, I shared the tracks into a Loop, or sharing group of any size, with my fiancee and she was able to listen to the new album during her car ride to work. I asked Upthere about how they’d handle things like sharing songs with friends and family and a spokesperson told me:

We respect the rights of copyright holders and we expect our users to do the same. That said, we have mechanisms in place to process DMCA requests in accordance with U.S. law.

Basically, I’m not publishing the songs anywhere on the web for just anyone to download. In fact, you can’t “download” the files you share in a Loop…they’re just available for consumption. I would have totally streamed the album from say, Spotify or Apple Music…but Adele doesn’t want that.

Quick tip: If you’re using Upthere, the way to get your friends to the top of the wait list is to invite them into a Loop, I’ve learned.