There are plenty of tech blogs. But The Macro can go where no blogs are allowed — deep inside the Hogwarts of startups, Y Combinator. Mixed in with unmentionably candid advice and embarrassing tales of failure meant only for the ears of YC’s founders and mentors are stories worth spreading beyond the accelerator.

That’s Colleen Taylor’s job. The former TechCrunch reporter is now the editor of The Macro, YC’s freshly launched home for “essays, interviews, research, and opinions from Y Combinator and the wider startup community.” It feels somewhat like an alumni magazine, with a wide range of content that all somehow ties back to a YC company or info that could help you start one. 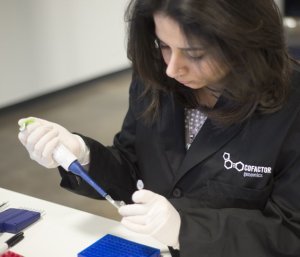 For example, Taylor’s first official piece in The Macro offers tips for academic scientists trying to break into the startup world. It includes interviews with founders and execs of YC startups uBiome, Notable Labs, and Cofactor Genomics, plus YC partner Transcriptic.

When asked if the content was designed for past and present YC founders, or as a recruiting tool, Taylor told me “It’s 50/50. There’s so many lessons and stories and advice people gave each other in office houses and all these things within YC that are really just an oral history and not written down.” Everyone can’t be in the room at the same time, and The Macro makes this knowledge something the existing YC community can benefit from remotely.

But The Macro is also content marketing. Just as we’ve seen venture capitalists taking to Medium to show off their brains and attract deal flow, YC’s new publication is an attractive lure for founders-to-be. “We didn’t say ‘we need another recruiting tool,'” Taylor insists. “But still to this day when we ask founders why they applied, they’ll point to Paul Graham’s essays or Sam Altman’s ‘How To Start A Startup’ class at Stanford, or Jessica Livingston’s book ‘Founders At Work’.”

Altman, YC’s president, tells me the willingness to “open source” the program’s teachings has actually annoyed some other startup schools. “It’s crazy that other accelerators get mad because we’re giving away their value- proposition,” Altman says.

Now there’s a better home for this content, and one that YC fully controls. It won’t have to rely on outside press to tell its stories. That gives YC an alternative to critical objectivity that could rain on its generally optimistic parade. But it also frees it from sensationalism perpetrated by outlets desperate for eyeballs.

“Because we won’t have the need to generate page views for revenue, we can really focus on long-term pieces and not the news at all,” Altman explains. “These are stories that take a long time to put together that might not get a lot of views, but for the people who read them, they’re really important .” Oh, and The Macro has really nice fonts.

With time, The Macro’s biggest opportunity could be to suss out stories that outsiders don’t have access to, distilling the publicizable insights from the private scuttlebutt bandied about behind YC’s closed doors. Altman says, “there’s still a lot of information between those two extremes.”

In that sense, naming it The Macro is perfect. The term comes from a piece of the LISP coding language that “make it possible to write code that is clear and elegant at the user level but that is converted to a more complex or more efficient internal form.” The Macro can take the complex inner workings of Y Combinator and turn them into clear ideas that anyone can benefit from.