Earlier this year, Google and ASUS announced the Chromebit — a full Chrome OS-based computer on an HDMI stick. Today, the two companies are officially launching this new way of using Chrome OS on any screen with an HDMI port.

The $85 Chromebit is a 75 gram (or 2.6 ounces) stick that you can plug into any HDMI port — whether that’s a regular computer screen or that large TV in your living room. It comes with 16GB of onboard storage (in the form of relatively cheap and slow eMMC storage) and 2GB of RAM.

In many ways, it’s a larger, bulkier version of the old Chromecast stick. Just like that device, it comes with a dedicated charger, but unlike the Chromecast, it also features a USB port. The Rockchip-based Chromebit comes in “Cacao Black” and “Tangerine Orange,” but overall, it’s a pretty unassuming device that’s mostly meant to disappear behind your screen anyway (hence why I’m not sure why there is an orange version).

While most people will likely want to use a Bluetooth mouse and keyboard to connect to the Chromebit, the USB port allows you to plug in wired peripherals as well (and with a USB hub, you could even plug in multiple devices).

Because it’s a full Chrome OS machine, you can pretty much run any web app on it. It’ll let you play movies and TV shows from Google Play, Netflix or Hulu, just like any other Chrome OS device, for example.

You could probably use the Chromebit as a somewhat cumbersome media center in your living room if you wanted to, but it’s really at home in a school, enterprise, or maybe call center. As long as the work only involves web apps (or maybe a remote connection to a more fully-featured machine), the Chromebit is up for the job and can turn any screen into a usable desktop. It’s also an option if you want to turn any modern screen into a single-app kiosk in a hotel or store, for example.

Google provided me with a review unit, and in the short time I had to test the device, it performed quite well. Don’t expect blazing performance from the quad-core Rockchip SoC that powers the device, but it’s perfectly usable.

Google for Work and Education customers can also opt to add the new single-app kiosk mode option for $24 per user and year, available through CDW in the U.S. and Canada. 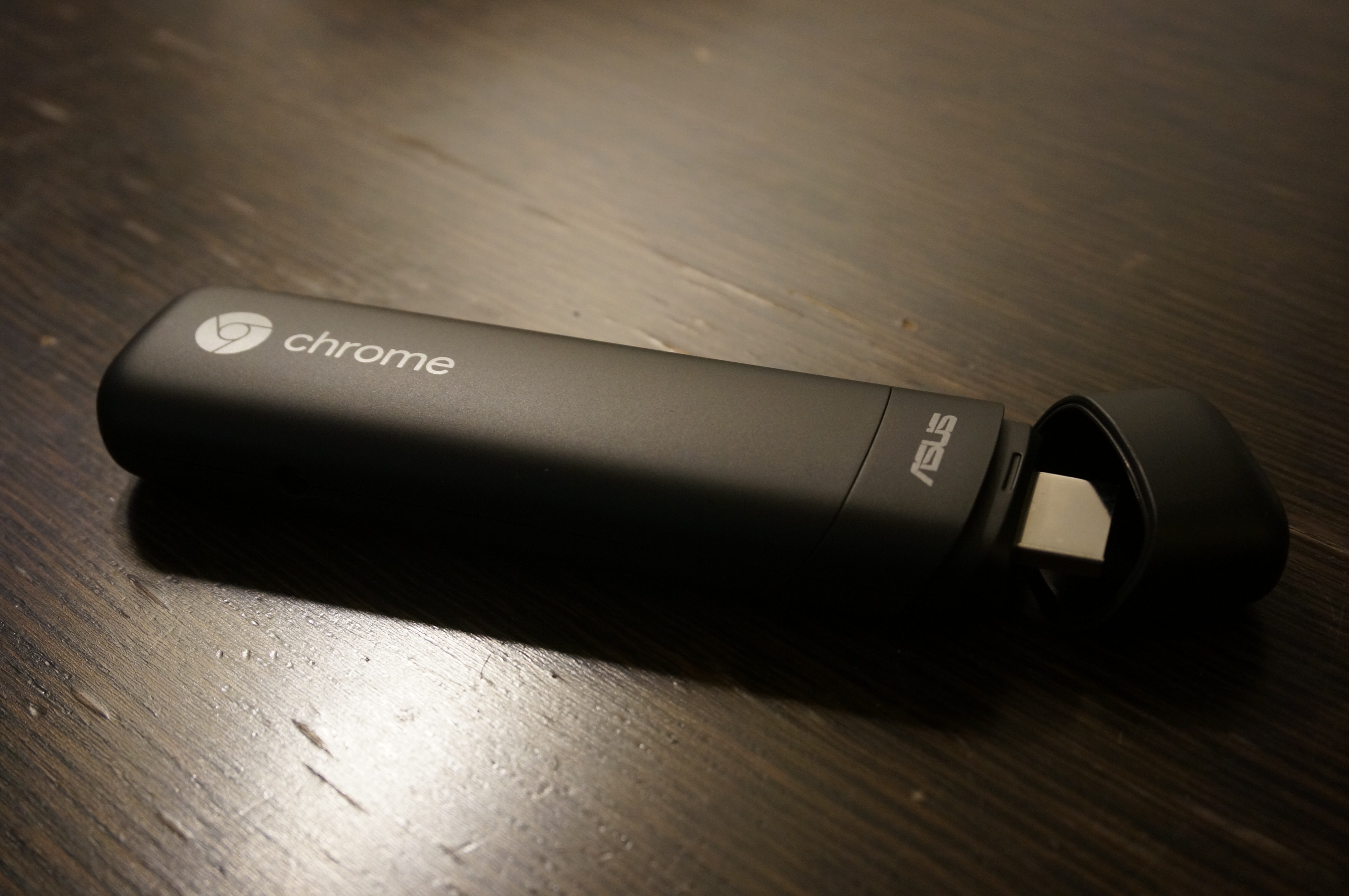