Imagine you’re 14 and in the next two years you’re going to have to make a decision about what higher education course you’ll do, if any. You go to your careers teacher, and in a depressed voice they throw some leaflets at you and head back to their bottle of whisky (ok, well, that was MY careers teacher). How much better could this picture be?

Well, now a startup aims to take everything we know about big data and apply it to this problem to create what they call an ‘adaptive learning platform’ which actually helps students make these crucial decision, based on real data.

Admissions to universities is a notoriously black box affair. There are 40,000 undergraduate courses in the UK, alone. Most schools have zero capability to deal with it all. 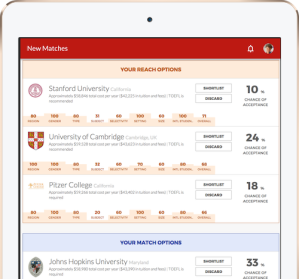 BridgeU sells its platform into schools (currently it expects to reach 15,000 students by the end of 2015) and builds a profile around the student that will help them literally work out the “ROI” of a course with an institution, and what the job prospects are after that course. For international students it will, for instance, figure out university places. Eventually they plan to add other types of courses, like apprenticeships. Pretty powerful stuff.

Now London-based BridgeU has raised a seed round of $2.5m led by Octopus Investments, with participation from Fresco Capital, Seedcamp, and well-known UK/US investors including Jonnie Goodwin (Lepe Partners/Founders Forum) and Deborah Quazzo. 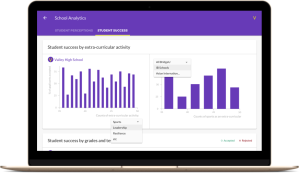 BridgeU CEO and co-founder Lucy Stonehill built a private admissions consulting business after leaving university, but later realized there was a place for an online platform. After building an early prototype together, Stonehill and cofounder Hywel Carver received early investment from Seedcamp in the Spring of 2014. BridgeU has since signed up schools and school groups in 16 countries, with the majority concentrated in either the UK or Asia.

“Students are confronted with many more academic and vocational options than ever before. We’re offering a solution in ‘Guidance-as-a-Service’. We want to equip students and schools with the right technology and data-driven support,” she says. The platform’s visual analytics dashboards capture data from each school, to make the whole thing easier. 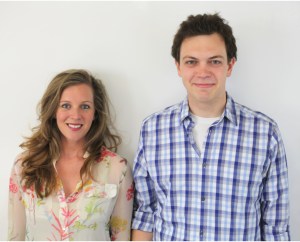 There is one main competitor. Naviance is the industry’s 12-year old legacy player (in almost 50% of U.S. high schools), and while it has deep pockets it’s not designed for students and is limited to U.S. applicants. And back in February we covered Ranku, a higher-education search engine which allows international students to pick a university and a city they are most likely to get a job in after their course and thus earn a visa. For free. BridgeU claims it is further on in developing the market.