Shots has been pigeonholed since birth. First it was dismissed as just a startup funded by Justin Bieber. Then it was laughed at for being an app just for selfies. But after 2 years, $15.2 million raised, and almost 10 million sign-ups, Shots refuses to die. In fact, it’s branching out. Today the company released the first of a series of original video content it’s produced starring Vine hero Rudy Mancuso.

Called “Awkward Puppets”, the series will feature skits and a mock talk show where Mancuso hides behind a desk controlling a puppet that interviews celebrities. Episode 1 (below) features Bieber as the talk show’s guest. The videos will debut on YouTube and Facebook, but Shots’ CEO John Shahidi tells me he wants to build a better way to watch them inside the startup’s own app. Down the line, there could also be more series overseen by Mancuso and led by other social media phenoms.

Somehow by creating an anti-bullying photo app that doesn’t allow comments, Shahidi’s whole company (and anyone who took them seriously) got bullied. But the startup took it in stride with advice from another one of its celebrity investors, boxer Floyd Mayweather. When Shahidi was down about the negative press, Mayweather told him “They’re writing negative shit about us? That means more people are gonna know about it!”

Still, Shahidi wants Awkward Puppets to develop its own audience. “You’re never gonna see things [on the videos] that are like ‘Download Shots!’ or ‘Made by the creators of Shots.'” Instead, he believes that Mancuso’s teenage audience is smart enough to track down where the original videos are coming from and check out Shots if they want to. The successful April launch of quick 3-second video sharing convinced Shahidi that Shots needed to double down on moving pictures. 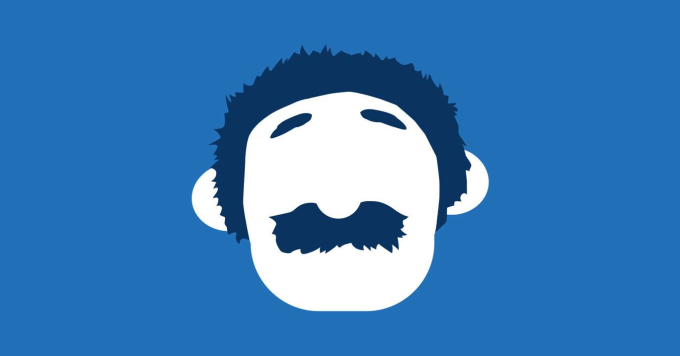 Mancuso first got the idea for a puppet-based online show two years ago and posted a few dozen Vines. But since he didn’t own the puppets and wanted more control over the platform the videos played on, he waited until he could work with Shots to get serious about it. 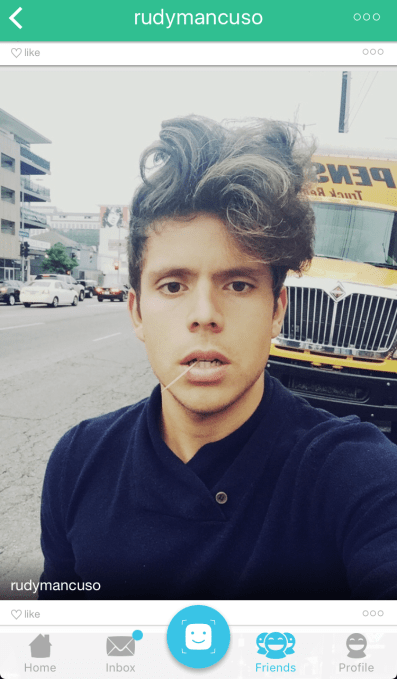 On Vine, the 23-year old has won 9.6 million followers with his bombastic expressions, musical talents, and jokes about Latin American culture. But on Awkward Puppets, he’s mostly hidden with his hand stuck up the backside of Diego, a middle-aged mustachioed man in a boring marriage who produces comically uncomfortable silences.

When Bieber asks where Diego sees himself in 10 years, he bluntly responds “divorced”. After playing just one second of Bieber’s new song, Diego deadpans “I really felt the emotion…” And Bieber’s impression of Robert De Niro you see at the top of this article earned a “Wow, that’s really bad” from Diego.

Mancuso says the character is inspired by his upbringing in New Jersey and his family, which he calls “an ethic clash of individuals”. But Diego is designed to be mysterious on purpose. “You never really figure him out” Mancuso tells me. “Like Fez on ‘That ’70s Show’. His friends for 5 years never knew where he lived.” He hopes that ambiguity will keep viewers coming back to watch more of Diego’s adventures.

Meanwhile, Shahidi is focused on making Shots a cross over success. Right now, the average user is 16 years old and 65% of users, or somewhere around 6 million people, actively use Shots each day. That could make Shots a powerful place for advertisers when the startup is ready to earn revenue.

But to truly make it big, it will have to delight the average Internet user, not just early adopters and the teen masses. There’s definitely a risk of its fickle youngsters getting bored. That’s why Snapchat is adding lenses and filters, and Instagram is building creation tools like Boomerang. If Twitter is any indicator, investors insist apps get massive. And there’s certainly an argument to be made that we don’t need any more photo apps.

One hope for Shots is international growth, as 40%-50% of users are overseas already. That means figuring out how to make the app load faster.

“We want to entertain people and spread positivity” Mancuso concludes. As drama reigns on Twitter and Instagram, those are values teens are happy to tune in to.