It’s not a Twitter custom emoji, but it’s close. Looks like Periscope is playing around with the hearts that you can send folks who are livestreaming. 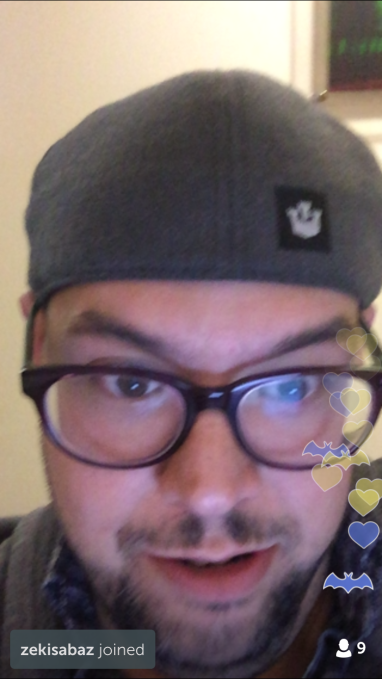 Simply use “#Halloween” in your Periscope title and the bats will fly, the team tells me. This is the first customized icon (or themed hearts as Periscope calls them) that I’ve seen on the platform. One could imagine that as Periscope evolves, there could be other custom floaty icons. Maybe for brands…but let’s not get too ahead of ourselves. The hearts are a fantastic feature of the livestreaming service, (my favorite, actually) giving the person who’s sharing some real-time feedback on how engaged the audience is. The “halloween hearts” are cute.

Maybe baseballs for the World Series?