Microsoft surprised the technology world with the Surface Book, a device that puts a new spin on what productivity might look like.

Not to be a historic historical boorish bore, but I believe that it is fair to say that Microsoft’s Surface line of devices has improved over time. With the Surface Book, Microsoft managed to leverage that expensive, paid-for knowledge and build something compelling out of the gate.

In practice, the Surface Book is a solid device. It has minor quirks, like the keys seeming a bit squishy, and the need to be powered-on to remove the screen. But on the whole, it does what Microsoft claimed it would.

That Microsoft would debut a new device, and not merely a fresh iteration of something it already released is notable. It effectively ends the argument that the company should, or would get out of hardware. You don’t go around building whole-cloth creations when you are undergoing a strategy retreat.

TechCrunch has had a Surface Book for the past week. Let’s take a look:

The Surface Book is a laptop with a twist. It looks mostly like a conventional laptop, but has a detachable screen that becomes a widescreen, thin tablet. That’s where the computer itself resides — the keyboard half of the device is battery, keys and, if you spring for it, a discrete GPU.

The Surface Book is the first Surface device from Microsoft that completely replaced my usage of an ever-present Macbook Air. I’ve done stints on Surface devices for years, but mostly in between using Apple hardware. Here’s how much I used the Book: I actually managed to forget my Macbook Air at the office once when I went home.

That would have been fine, but I also forgot that I didn’t have a spare Surface Book charger at home, so my battery testing became a bit more real that day than I had hoped. 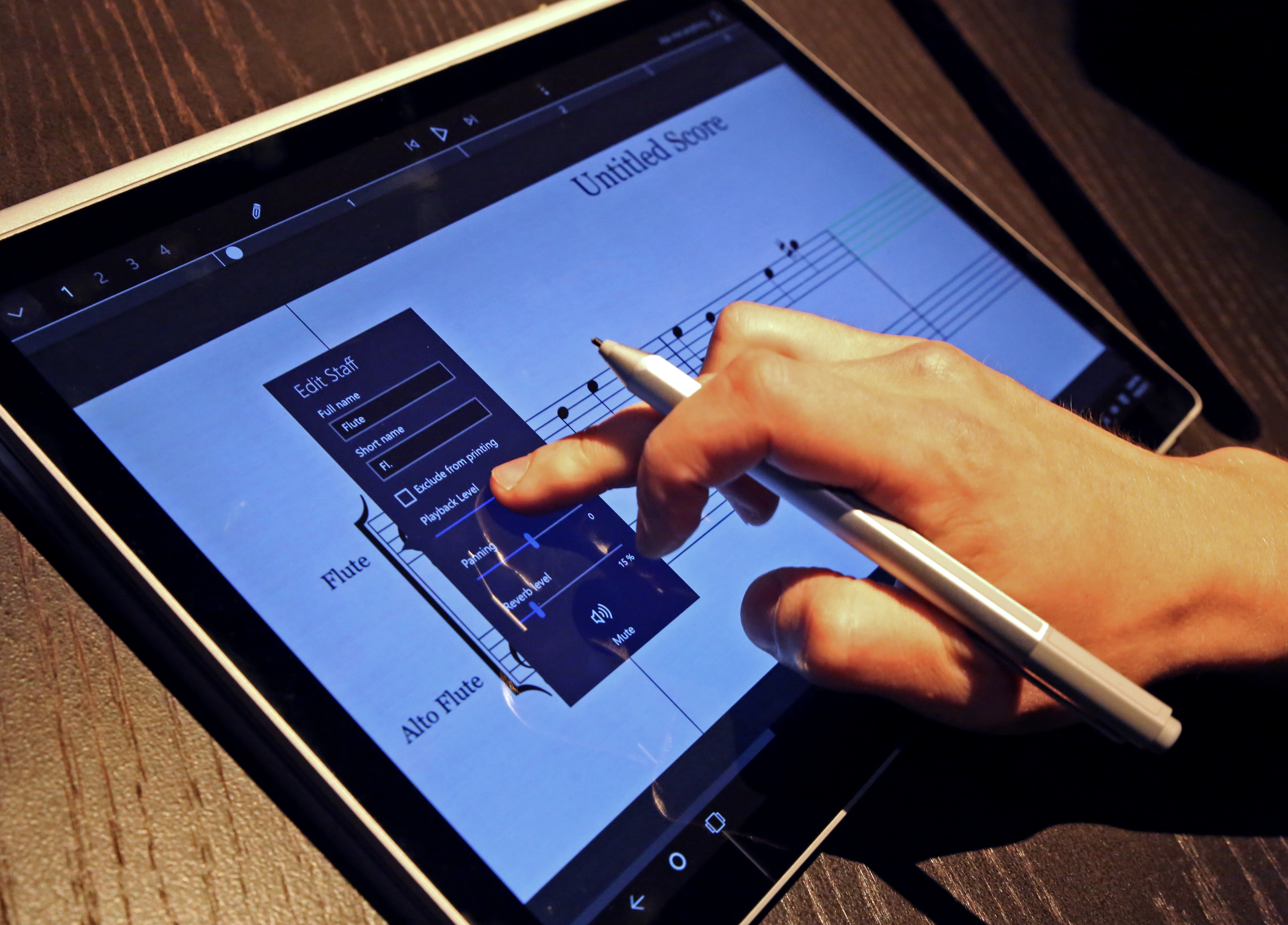 So, what’s to like? The screen on the Book is lovely and largely responsive. I had some issues with lag, but that seemed more predicated on Windows 10 than the Book itself.

Also, the keyboard. I mentioned it above, but I can report that this is my favorite keyboard on a mobile device from Microsoft to date. I am a somewhat laid-back person about some things occasionally. Keyboards are not one of them. Either it types, or it doesn’t. The Surface Book’s keyboard is functional and quick.

If you convert from a Macbook Air, give yourself a few days, but it should become a similar experience with a bit of practice. Why? Aside from the small fact that you have to reprogram your fingers to different shortcuts, the keyboards are similar, but offset. I spent a glorious two days missing keys by small fractions, and therefore closing tabs and programs, or, in reverse, doing nothing when I wanted to do something. After a few days, I was issue-free. But it was annoying at first.

Also, the Surface Book is not particularly light or small. I suppose that’s why Microsoft makes the Surface Pro 4 and Surface 3, but it should remain a point of consideration.

What Is It Good For?

I found the Surface Book a fine daily driver and a functional tablet. There are better tablets out there.

Ironies abound. I consistently kept trying to open the Surface Book’s kickstand, akin to the traditional Surface device experience. It doesn’t have one, since it locks into its own base, but I did miss having one. That’s not to say that Microsoft should build one into the Book — that would be silly — but it does mean that if tablet-a-bility is your main focus, you might want to look at a different device.

As a laptop it does well. I’m currently writing to you on this loaner Surface Book plugged into the new Surface Dock, powering two Apple Cinema Displays at the office. It can very nearly keep up at full speed. If you are going to run a similar setup, you are going to want the full power setup. I could use a bit more horsepower.

Of course, if you are a more a light-use computer user, that won’t be a bottleneck. But if that is the case, there are host of cheaper devices that might suit you better. 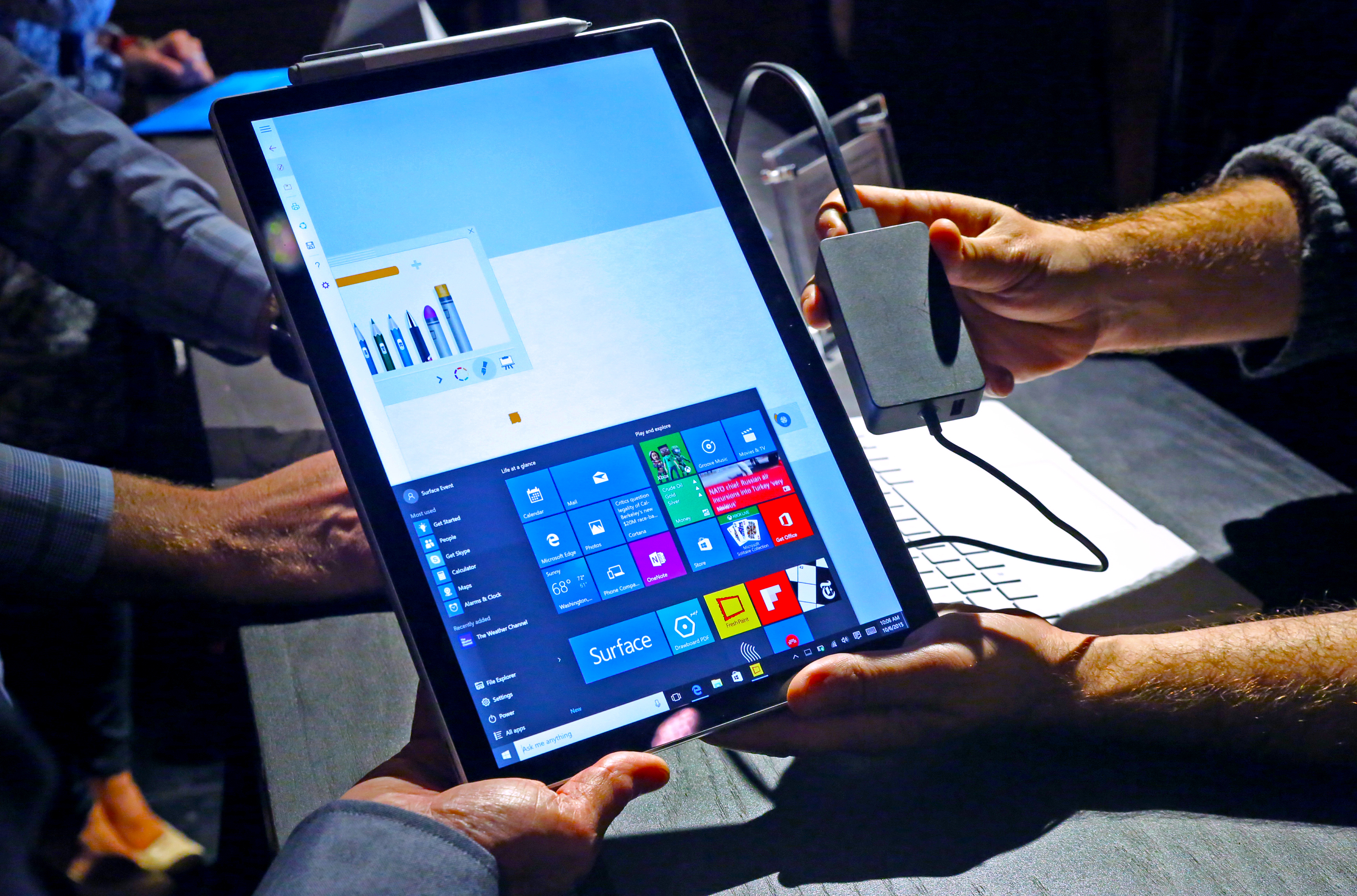 I don’t have too many beefs with the Surface Book, but I did find its touchpad to be its weakest element. It has, in its current firmware iteration, a tough time accepting input if your fingers are both too dry, or too wet. Moist, even. I am a fat bastard, so I sweat. This became something of an issue.

The touchpad is certainly usable, but lacks the same polish of the rest of the device. I presume that in later iterations, it won’t be an issue. I was tempted to plug in a mouse on a few occasions, but decided that a test should be more stringent than that. 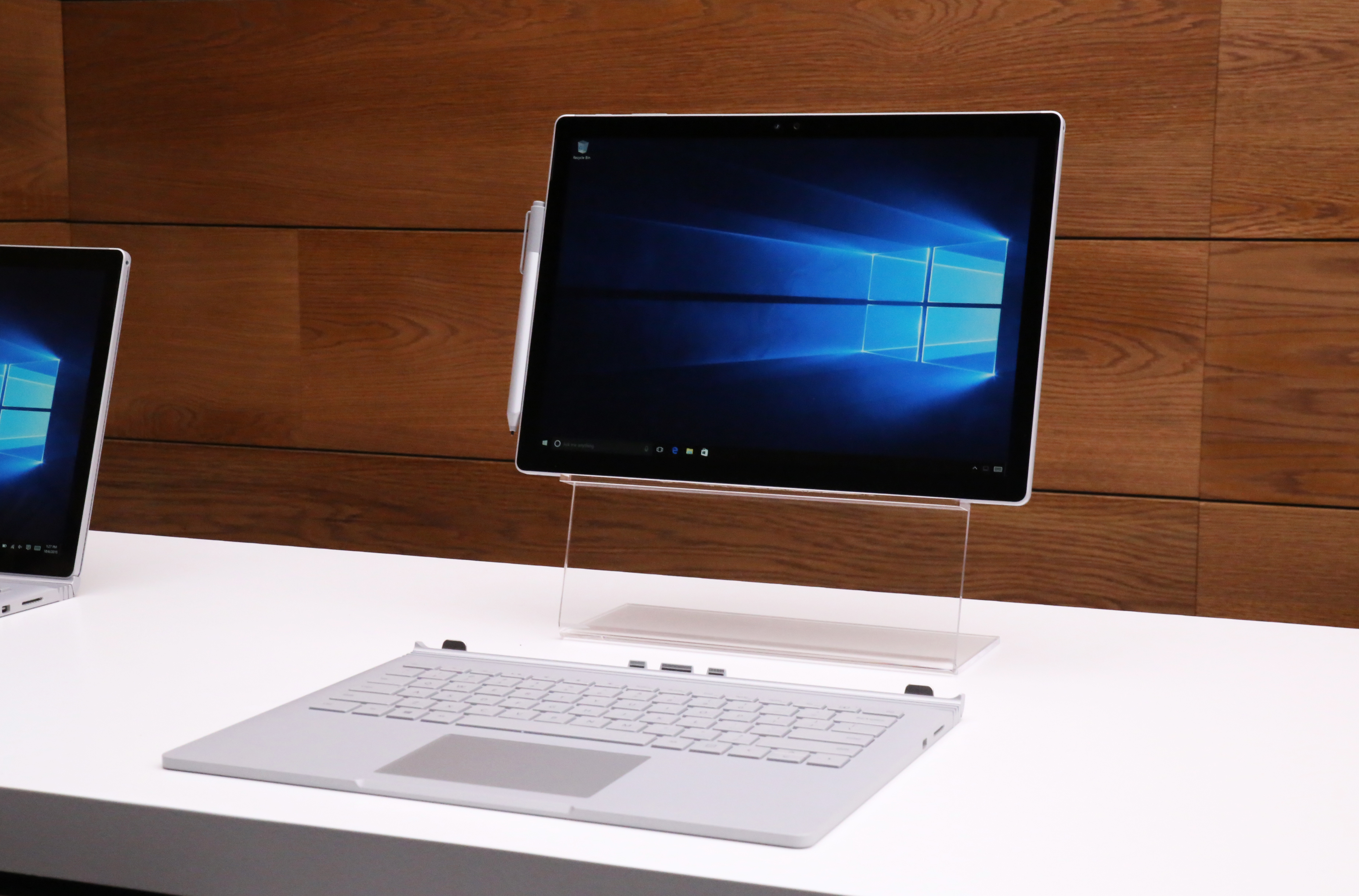 Hardware elements aside, the device is not cheap. That may keep it out of the hands of people who might have otherwise picked one up. I’m not sure if price deflation for the Book is a Microsoft priority, but perhaps once unit volume comes into play, and the company can leverage economics of scale, a lower sticker could emerge. Then again, Microsoft did not set out to build an inexpensive computer in this case — if it did, it failed — so our quibble here is slightly unfair.

Finally, battery life. After being spoiled for years on Apple hardware, I found the Surface Book battery life slightly disappointing. Not bad, but also not stellar. Normally I’d not bring it up, but as Microsoft has quite a lot of room in the lower half of the device to secure juice, I think it’s a fair complaint. 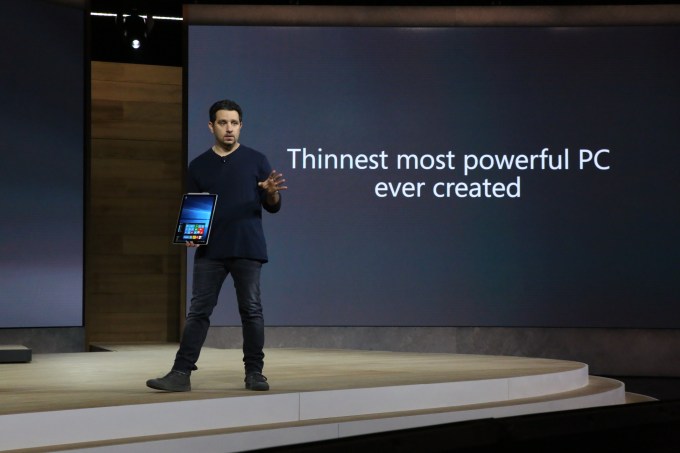 I think that, in its current form, the Surface Book will either be a direct hit for any given consumer, or too much. Most people buy inexpensive laptops to browse the Internet and pretend that email matters. The Surface Book, in comparison, is designed for the person who wants to get the most out of Windows 10’s touch-focused features inside a package that can be both mobile and desktop-focused.

I don’t know how big that demographic is even though I am squarely inside of it.

Here’s what I would do. If you are in the market for a new Windows 10 tablet, or laptop, doodle around with the Surface Book. Carrying two devices, after all, is for the birds.