Today, Virgin America announced a partnership with Spotify to give its customers free music streaming as part of its ViaStat program, which also includes Netflix streaming. ViaStat has gone on record saying it can deliver “12 megabits per second download speeds to each seat,” which is faster than anything I’ve ever experienced on a flight. Plus, video streaming is usually blocked on flights so everyone else doesn’t suffer.

Here’s what Virgin America had to say about the partnership:

Before I hop on any flight, I sync my Spotify playlists to my device for offline listening, just because Wi-Fi on planes is pretty unreliable.

The two companies have teamed up for some special playlists, themed out for each city Virgin America operates in: 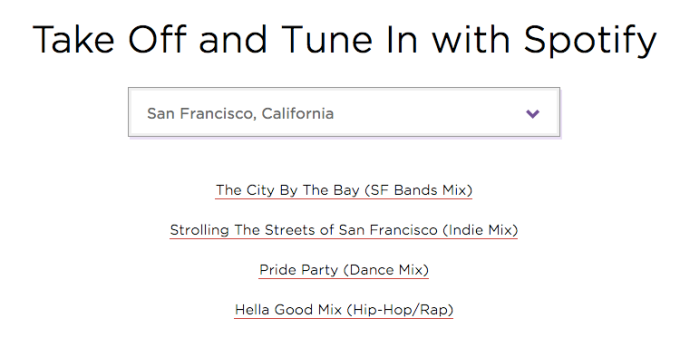 These types of programs make me wonder what the future is for in-seat entertainment. Will airlines like Virgin continue pouring massive amounts of cash into building in screens and entertainment or is the future on our devices and in the cloud already? It’ll be interesting, because I have to believe that handing out an iPad to customers is cheaper than customizing planes for in-flight entertainment. Plus, it’s easier to upgrade.