Scoot, the San Francisco-based electric scooter ride share network, has teamed up with Nissan to create a four-wheeled two-seater enclosed vehicle onto the streets of San Francisco. Starting today, Scoot members have the option to rent one of these adorable little cars to get them anywhere in the 7×7.

Known as the Scoot Quad, this is an all-electric vehicle that you can turn on with the push of your smartphone. Just 10 of these little vehicles are ready to hit the road – a paltry amount compared to the 400 some odd scooters in the network. However, Scoot’s VP Mike Waltman told me that’s just the beginning.

The Quad is a bit of an experiment for both Scoot and Nissan. “As large cities continue to grow into megacities globally, we need to understand how transportation is changing and look ahead to anticipate what transportation needs will look like in the future,” Nissan Future Lab executive director Rachel Nguyen said. 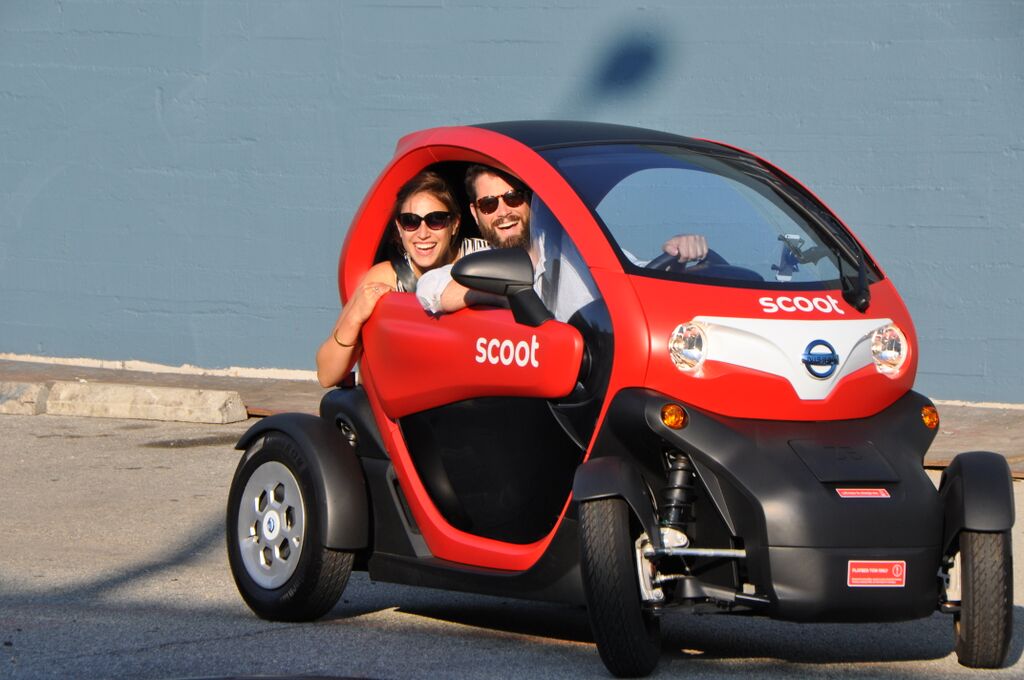 Nissan is familiar with the electric vehicle market – introducing Nissan LEAF to San Francisco orginally in 2010. Nissan will now be working with Scoot to evaluate a different form of electric transportation in metropolitan areas.

This is also a boon for Scoot customers. Waltman told us the little two-seater was something its audience had been asking to get for awhile. Like the recently launched Scoot Cargo – a scooter with a larger carrying capacity and ability to haul more groceries and other items on the back – the Quad can also carry larger loads. Unlike the other scooters, Quad can now also carry an extra passenger.

Note that, though these little guys are pretty sweet to ride around in, you can’t park the Quad in all the places you can park a Scooter. The startup tells us it recently won approval to park its scooters in any designated parking area in San Francisco. However, Quads will remain in designated garage spaces. 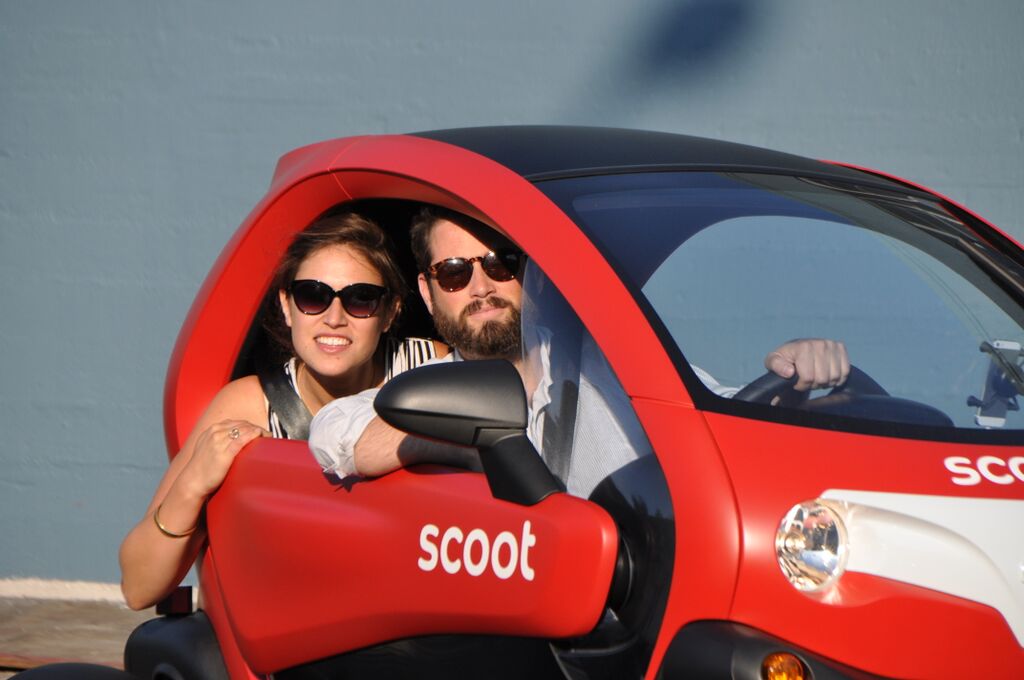 But seeing and testing the new Quad are two different things. Waltman recently invited me and the TechCrunch camera crew to the Scoot Quad garage to test it out myself. Check out the video above for that.

Riders can get their own Quad experience using the Scoot Networks app — offered on both iOS and Android devices — to find the nearest Scoot Quad. Rides start at $8 per half-hour or $80 per day.