Apple has been relatively quiet with Pages, Numbers and Keynote in the past few months. But the company just released a major update for these three apps on all its platforms — iOS, OS X and iCloud.com. The apps now support the last features in iOS and OS X, but also bring long-awaited features.

Let’s start with iOS. Pages, Keynote and Numbers now work with Split View, Slide Over and Picture in Picture on the iPad. You can now use all of iOS 9’s multitasking features with Apple’s apps, and these are perfect examples as you might want to work on a document and do research at the same time. Also worth noting, Apple improved VoiceOver support for visually impaired people.

On the web, Apple removed the beta tag from the web apps on iCloud.com. The company also added features from other platforms. You can now comment and browse version history from your browser. These are essential Google Docs features, and it’s good to see that Apple is adding those as well. You can now also see shared documents in your smartphone browser.

And you can finally open iWork ’08 and ’06 documents in the latest versions. There are tons of other improvements, from OpenType support on the Mac to improved Microsoft Office document compatibility. This is a major update in every way, even though Apple is relatively quiet about it. These aren’t shiny new features, but the under-the-hood improvements are often more important for productivity apps like these ones.

I particularly like the improved collaboration features. Now that the web versions support more fonts, let you share password-protected or view-only documents and more, it is a serious alternative to Office.com web apps and Google Drive apps.

Here’s the Mac App Store change log to give you an idea of the update, Apple also has a complete change log for all platforms on its website. 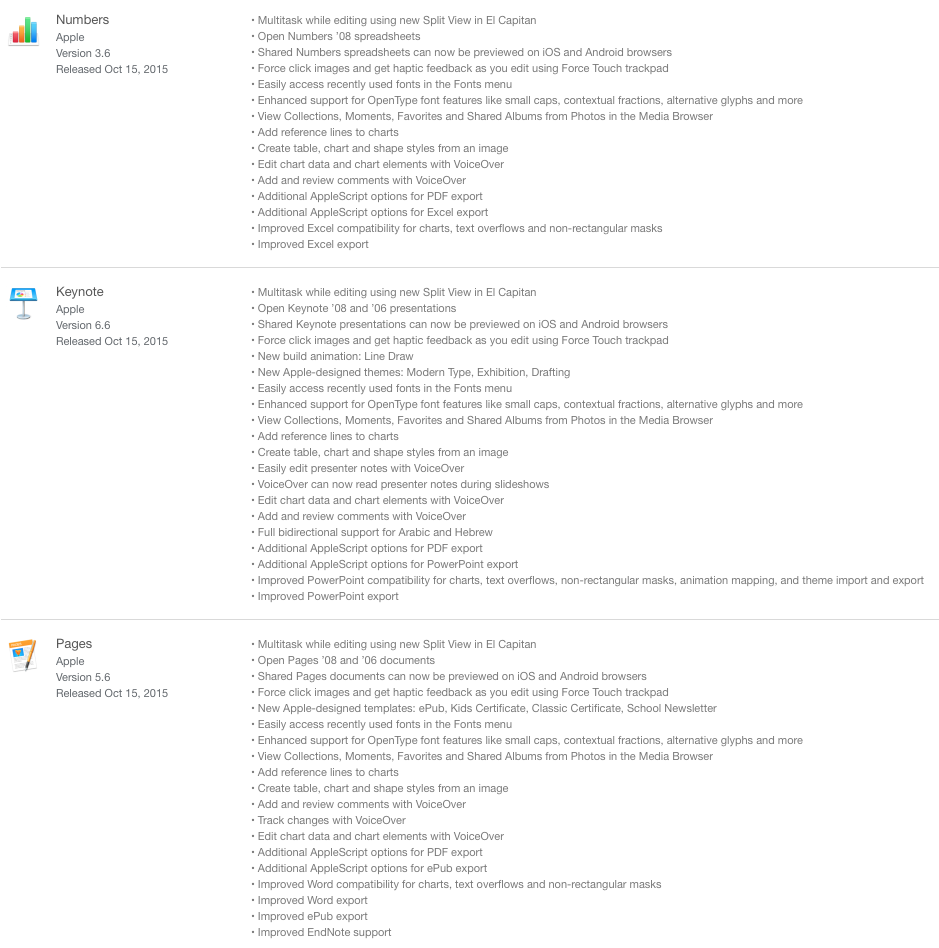