Texting is the quickest way to be misunderstood. With no facial cues or vocal tones, enthusiasm becomes sarcasm, jokes are read as cruelty. But while audio and video chat are vivid, its inconvenient to get both people on a call at the same time.

Yet, a new iOS app called Chime combines the best parts of these media, plus sprinkles on some mustaches and top hats to keep it fun.

Chime lets you record up to 20-second-long video clips and send them to a friend or group. Recipients can reply with their own clips, which get added to a visualized string of contributions that can be rewatched.

Do we need another way to communicate, considering we already have Facebook Messenger, Snapchat, Instagram Direct, email, SMS, and a dozen other channels?

Jared Morgenstern thinks so. He helped create the Like button at Facebook…and he feels kinda bad about it. He was the third designer at the social network, and the button’s product manager when it finally launched. Four different teams had failed to ship it more than seven times over two years.

A brash young man, confident in his instincts, Morgenstern opted to skip the notoriously critical “Zuck Review.” It’s where Mark decides if your feature is worthy of the Facebook user base. The worry was that Liking could cannibalize comments, which gave Facebook’s News Feed its vibrant, friendly feel. But when Morgenstern unilaterally launched the Like button, the data showed it actually boosted comment rates. It became Facebook’s most iconic symbol and a resounding success.

Something else was lost, though. 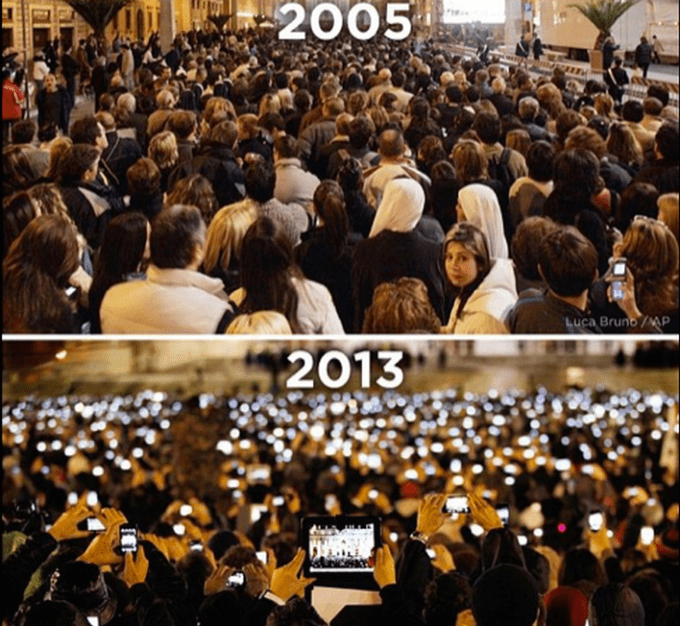 “How many of you have ever uploaded something and deleted it if it didn’t get enough likes?” Morgenstern asks. “How many of you are wondering if this Ted Talk will be your most liked post ever?” The world became addicted to Likes. They showed gratitude and made people feel appreciated. Still, the prideful little notifications kept people coming back to Facebook over and over to watch their count rise. And that took time away from real human connection. Years later, Morgenstern was feeling lost. After leaving Facebook, he had begun to exemplify the negative impact of the Like button. “I was realizing that I had been living my life in a constant stream of approval from others. And when this was gone, I was empty. I didn’t know who I was.”

He found himself in the search to bring intimacy back to the way we chat. Text messaging felt thin, while Snapchats he sent never seemed to get enough real, face-to-face replies. He sensed a hole in the fabric of communication. So he Chimed in.

Morgenstern built a team of 6 with $1.2 million from Kleiner Perkins, Slow Ventures, Cowboy Ventures, and some angels. It took two long years, but finally, they’ve emerged with a remarkably polished video clip chat app called Chime. It takes the cumulative permanence of a text thread and marries it with the vivid emotion of speaking with someone face-to-face. 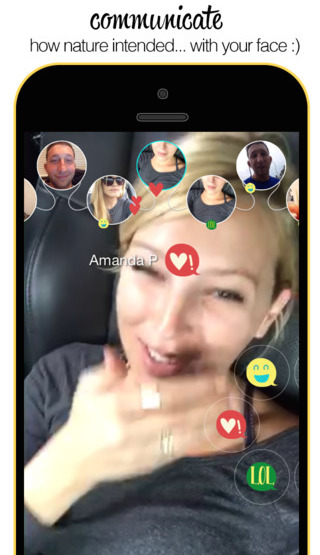 With Chime, you record 20-second selfie videos, and can send them to a friend or ad-hoc group thread. Recipients can quickly reply, Chiming in on threads that are stylishly visualized as a string of bubbles along the top of the screen.

At any time, someone can go back and watch the old clips, add hearts, smiles, frowns, WTFs, or their own face as feedback. And to cut down on the anxiety of recording when you might not look your best, you can slap little masks, hats, and other effects on top in what Morgenstern likens to make-up.

“If I had to distill the product into the most important thing, it’s about this feeling of intimacy — not sexting, but you know what I mean” Morgenstern says with a laugh. The rollicking group dynamic Chime can achieve makes you feel like you’re in a lively conversation at a party. You contribute in hopes of connecting and entertaining your friends without the pressure to impress the whole world. And there’s no Like count. Feedback piles up visually around a clip’s bubble, but is never quantified.

Filling a theoretical gap in communication doesn’t always equate to popularity, though. With so many competitors in the chat space, Chime faces a stiff challenge when it comes to adoption. I haven’t received a ton of Chimes since it first publicly debuted a few weeks ago. Other chat apps are upping their focus on visual vividness and lowering the barrier to creation, like Snapchat with its new animated selfie lenses.

Chime might need some as-yet-cooked-up secret sauce to be a hit with tastemaking teens that control momentum in the messaging space. But for Morgenstern, the quest to make connection about more than a Like is well worth pursuing. He concludes, “An antidote to loneliness is a much bigger ambition I can be proud of.”

Chime is available for free on iOS