Since it couldn’t buy ABC.com or Alphabet.com, Alphabet has acquired the next best thing.

Google announced the structural changes that led to Alphabet back in August, and it just became official.

There’s nothing there right now, but Google sure does own it (the record was updated on 10/7/15): 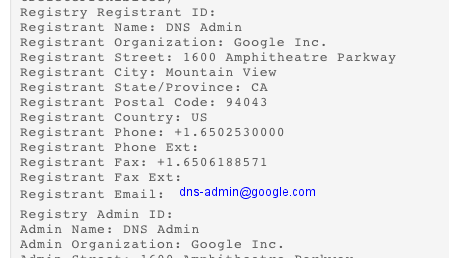 According to the completely worthless and unscientific site https://www.freevaluator.com/, abcdefghijklmnopqrstuvwxyz.com is worth an estimated $ 2,717.04. I bet it was worth more to Alphabet.

I still giggle when I think about Jeff Bezos reacting to the name Alphabet. Killer troll by Google:

When asked about the new domain, an Alphabet spokesperson told TechCrunch: “We realized we missed a few letters in abc.xyz, so we’re just being thorough.”