SoulPancake is one of the more popular channels on YouTube boasting 1.5 million subscribers and more than 210 million views. Rainn Wilson (aka Dwight Schrute from the Office) founded the platform in 2009 with the slogan “Chew on life’s big questions.”

The idea behind the platform is to get us thinking about life’s deeper meanings on love, faith, and death – and it resonated with Oprah Winfrey, who asked the site to start making video content for her. “When the queen of television asks you to do something, you do it,” CEO Shabnam Mohgharabi told TechCrunch on a recent visit.

SoulPancake soon went from just an Internet site to a full platform, a creative production agency and several YouTube channels, featuring entertaining shows like Kid President, Highly Evolved Human and Metaphysical Milkshake – a show where Wilson pulls other famous actors into the back of his groovy van to sit and chat about things of the spiritual, personal and meaningful. 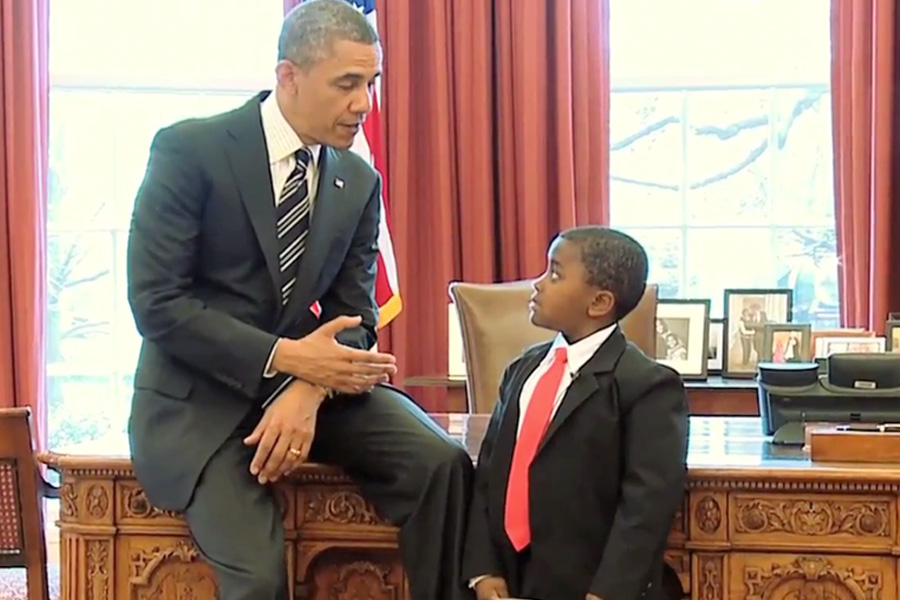 It’s a pretty neat idea. SoulPancake endeavors to share a positive message in a sometimes fast-paced existence that may not allow for moments of pondering.

The platform also touches on the upside of death and disabilities. SoulPancake features characters like Zach Anner of “If at Birth You Don’t Succeed,” a young man who doesn’t let the confines of his wheelchair stop his (often hilariously uncomfortable) exuberance to try new things.

When the queen of television asks you to do something, you do it. Shabnam Mogharabi, SoulPancake CEO

The idea behind SoulPancake clearly pulls from Wilson’s Baha’i upbringing – a religion that emphasizes the spiritual unity of all humankind and considers all major religious leaders such as Mohammed, Buddha, Jesus and Krishna to be divine messengers.

Wilson, who was raised in the faith by his hippie parents, left as an adult for the Hollywood Hills, but found himself unhappy in life, despite his acting success. A spiritual journey led the actor back to his childhood faith and to create SoulPancake.

“SoulPancake was never a Baha’i thing, but it is a Baha’i inspired thing,” he told Baha’i Blog in 2013.

SoulPancake recently launched a YouTube series (via Kid President) called “Awesome Girls.” The series is meant to highlight the achievements of young women in the world. The explainer from Kid President about the show is very cute. So is his video inviting Miss Bay to do a video with him about the United Nations. You should watch it.

The platform is very silly and positive and most likely not everyone’s cup of tea, but I love it and all the good it attempts to spread in the world. I had the chance to visit SoulPancake headquarters in Los Angeles, California recently to chew on some of my own questions about where the platform is headed. You can check out that interview in the video above. It’s one of my favorites.