Creating the infrastructure for satellite internet is a capital intensive business, requiring potentially thousands of satellites to be built and launched. It also needs ground-based infrastructure that can “talk to” the satellites and ultimately connect to the end user.

For OneWeb internet connectivity will be achieved through a constellation of 648 satellites at 1,200 kilometers altitude (in Low Earth Orbit or LEO) and key products on the ground to connect the user.

In most communities, two ground products will be necessary. Gateways (2.4 meter satellite dishes) will be placed in a central location and user terminals (small receiver units) will be placed on the end user’s roof. The user terminal will transmit to and receive data from the satellite in the Ku-band while the gateway will do the same in the Ka-band.

[Ku-band and Ka-band: Satellites can send and receive data on different frequencies along the radio spectrum. The radio spectrum is sectioned off into “bands.” The Ku-band covers the frequencies between 12 GHz to 18 GHz. Due to its lower frequencies, this band experiences better reliability under different weather conditions than Ka-band. Ka-band covers the frequencies between 26.5 GHz to 40GHz. With the right technology (and decent weather), companies can send more data at a time over Ka-band than over Ku-band. OneWeb and SpaceX have plans to operate on both bands.] 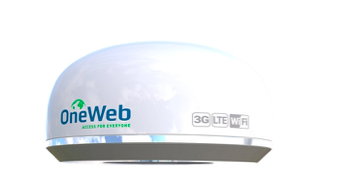 With the satellite infrastructure in place, OneWeb has stated that it could also provide low-latency broadband to commercial airlines anywhere in the world.

This could replace the low-speed option of Gogo internet, which uses an Air-to-Ground strategy and restricts internet use to basic email and general browsing. OneWeb could even replace the few options for in-flight satellite internet such as ViaSat (used on JetBlue) and Row 44 (used on Southwest Airlines) — which provide high speed internet connections, allowing video streaming and Skype-like applications, but have latency issues because their satellites are placed in Geosynchronous Orbit (GEO).

And perhaps more importantly, OneWeb is creating a product for emergency responders that will provide LTE mobile coverage in areas where towers are unavailable.

In terms of manufacturing, OneWeb has made an agreement with the Airbus Group to build its satellites, Qualcomm to design chips for the user terminals, and Hughes Network Systems to build the gateways and user terminals.

SpaceX’s plans are still unclear. It has filed for a larger and more complex constellation of 4,000 satellites orbiting at three separate LEO altitudes. It’s uncertain if SpaceX plans to use all of these satellites and orbits in its constellation, or if they’ll end up with a smaller system similar to OneWeb.

What makes matters more challenging is that, in many ways, this is an all-or-nothing business. A company would need to launch its entire constellation of satellites before it can provide the types of services they’re promising.

Ultimately, the intended function of the SpaceX constellation sounds similar to OneWeb’s. Musk has stated that the venture could service remote locations and be a “real enabler for people in poorer regions of the world.”

The potential applications for LEO-based satellite internet are diverse and would be game changers for many different industries, but many are skeptical due to the high projected cost for this type of project.

OneWeb, whose plans are currently more transparent than SpaceX’s, has said that the total capital cost of building and launching satellites and developing initial ground systems will cost between $2.5 billion and $3 billion. Cheaper than Teledesic, which was projected to cost $10 billion, but still a hefty price tag.

What makes matters more challenging is that, in many ways, this is an all-or-nothing business. A company would need to launch its entire constellation of satellites before it can provide the types of services they’re promising. Raising sufficient funding early on will be a factor for success and SpaceX and OneWeb are already well on their way.

In January of this year, Google and Fidelity collectively invested $1 billion into SpaceX. While, it’s unclear how much of that investment will be directed toward their satellite venture, Google has expressed interest in this type of endeavor before and certainly has something to gain if more people had access to the internet. 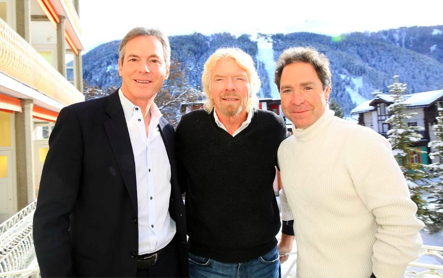 Wyler has said that this $500 million will carry them to their first test in 2017 when they will launch ten pilot satellites into orbit on a Russian Soyuz rocket. At this point they will need to bring in a second round of funding. To launch their entire fleet, OneWeb has contracted an additional 20 Soyuz launches (each carrying 32 satellites) and 39 launches on Richard Branson’s Virgin Galactic LauncherOne rocket (each carrying between one to three satellites). Those launches are slated to occur between 2017 and 2019, at which time the entire 648 satellite constellation should be in place.

Meanwhile, SpaceX has an advantage on the launch side of things as they have the capability to launch their entire satellite constellation themselves. They’ve also developed a reputation for low cost in-house manufacturing which they’ve optimized for their Falcon rockets and Dragon space capsules. By doing so, they’ve cut the price of a rocket launch in half. Could they do the same for satellites? They may be attempting to do just that as they gear up to hire 1,000 employees for a new SpaceX office in Seattle dedicated to satellite development. 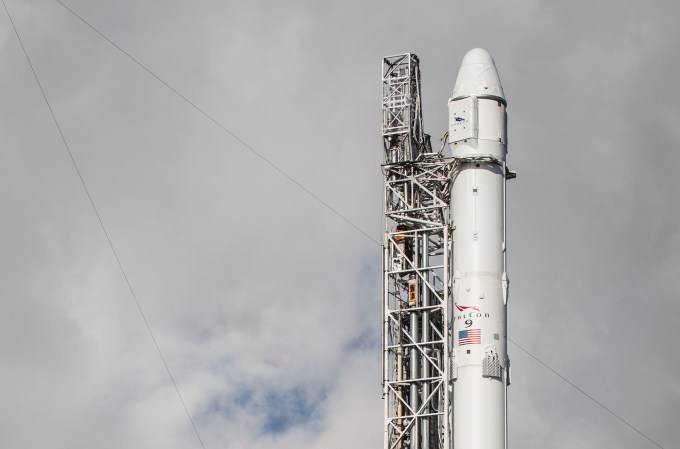 Both companies have made it clear that they are moving forward in the development and creation of low-latency broadband satellite internet. With hefty funds and technology expertise on their side, they are well on their way to overcoming the first hurdles in providing internet to anyone anywhere on Earth. However, funding and technology development aren’t the only challenges these companies will face and they may not even be the most difficult ones.