As Google Fiber grows out its operations into other cities, things will get more difficult as far as keeping up with demand. Until then, Google would like you to know that its installers are on time 96% of the time and the average hold time on the phone is just a shade above 30 seconds.

If that’s not a shot at Comcast, I don’t know what is. Now please come to the rest of us. 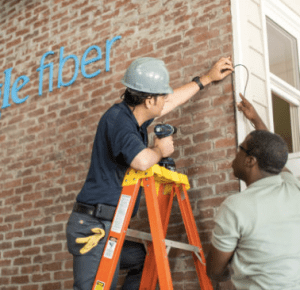 Today, the team announced the opening of a “Google Fiber Academy” to help vendors out with how to install the service quickly and efficiently. The first one has opened in Metro Atlanta, one of the latest Fiber recipients.

This is going to be the only way that Google can keep up those ridiculous numbers and customer satisfaction.

I visited a setup for consumers when I visited Kansas City, and it was basically a recreation of a house where you could have a play with everything and test out speeds for yourself before making a decision to switch to Fiber. It’s good to see training happening on the other side. That’s where Comcast tends to fail. If Google Fiber can’t keep it up, well…then it’s going to get its ass torched on Twitter just like Comcast does.