Can a mobile classified app topple the behemoth that is Craigslist? A company called letgo aims to find out. Its app, which lets users buy and sell items locally, has quietly grown to over 2 million downloads since its launch earlier this year. And today, the company is announcing having raised $100 million in Series A funding from South African media company and tech investor Naspers Limited, which also has stakes in a number of sizable tech companies, including China’s Tencent, India’s Flipkart, Russia’s Mail.ru, and classifieds platform OLX.

In fact, the OLX connection comes into play here, as letgo founder Alec Oxenford previously co-founded OLX. Oxenford still serves as Chairman to OLX, which serves over 240 million users in emerging markets like India, Brazil and Poland. That experience gives him a solid background in the online classifieds space. 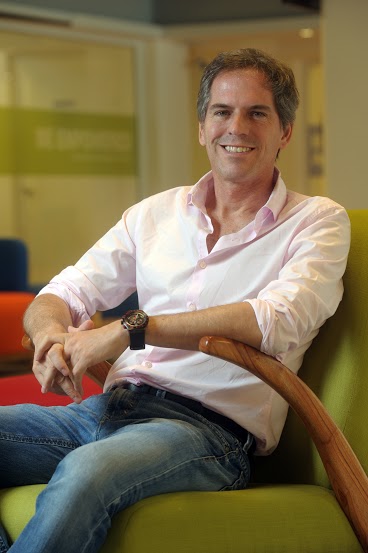 But with letgo, both Oxenford and Naspers are looking for entry into the U.S. market.

“Letgo is perfectly tailored for the typical American consumer,” Oxenford explains. “It’s a fun, easy to use, and highly visual mobile marketplace that allows users to post, buy, sell and communicate with each other instantly and for free.”

Still, the app is not without significant competition stateside, where sites like Craigslist and online marketplaces like eBay still dominate. But Oxenford thinks he can do better, thanks to letgo’s focus on mobile.

“There has been a lack of innovation in the U.S. classifieds space, particularly when it comes to mobile,” he says. “We think letgo’s mobile first design, which is streamlined to make buying and selling locally easier and faster than ever, is a key advantage for our platform.”

From the consumer’s perspective, letgo is very simple to use with its clean and modern design, use of clear imagery, and integrated chat. After downloading and installing the app, it only takes a few taps to list items for sale or to communicate with a seller if you’re interested in buying.

If anything, the app reminds me of Facebook’s Groups which, though a broader platform for creating online communities, today has a significant number of groups dedicated to local selling. Much like letgo, Facebook Group members can quickly post items, view each other’s profiles, and kick off private chat sessions by way of Facebook Messenger.

Letgo is basically the non-Facebook version of what otherwise seems to be a similar shopping environment. But one advantage letgo has over Facebook is that Facebook only lets you search for items across a single group, when you may belong to several local selling groups. (I belong to at least a dozen, for example.) That can make hunting down a specific item challenging.

Plus, Facebook chats between buyers are sellers are often missed because Facebook pushes all these messages to users’ “Other” inbox, which is where messages from non-friends reside (at least until you reply). And because you can’t get to your “Other” inbox from the Facebook Messenger app, Facebook loses its mobile advantage.

Perhaps that explains letgo’s traction. Since its launch in February 2015, letgo users have posted more than 500,000 listings and exchanged nearly 3 million messages. And while the actual transactions take place offline, Oxenford says that the total gross merchandise value of those deals is over $25 million. Consumers are using the app to buy and sell a wide range of items, including things like bicycles, furniture, apparel, and cars, for example.

Given that letgo isn’t taking a percentage of the sales as in other online mobile marketplaces, it’s unclear at this point how the company plans to generate revenue. For now, the app itself is a free download and free to use. The founder declined to detail letgo’s business model or offer info related to revenue generation.

For now, that’s because letgo is more heavily focused on gaining traction in the U.S. market. Already, the majority of its users hail from the U.S. or Europe, but letgo plans to launch an aggressive marketing campaign targeting U.S. consumers in the months ahead.

Even without the marketing dollars, letgo has grown a decent-sized audience, and it has become a top 10 ranked free shopping app in Google Play in the U.S., Sweden, Turkey, New Zealand, Norway, Italy and Spain.

In addition to expanding its U.S. footprint, New York and Barcelona-based letgo also plans to use the new capital to grow its team, which today numbers 39.

“Alec has distinguished himself as an expert with an extraordinary track record in mobile e-commerce,” said Martin Scheepbouwer, CEO of Naspers Classifieds, in a statement about the investment in letgo. “We have seen firsthand Alec’s ability to execute on his vision as we worked together to build OLX into the global force it is today. In letgo, Alec has built a platform that is perfectly tailored to the American consumer, and we’re excited to help his team take it to the next level.”

Letgo is available on both Android and iOS devices.