Analysts believe that low demand for the company’s new smartphones and upstart rivals – including the fan favorite OnePlus – are hitting the company in a big way. Because most smartphones are approximately the same, there is little differentiation at this point between one Android phone and another an, more important, even a high-end Android phone and an iPhone model. One black slab is the same as the other, curved screen notwithstanding. 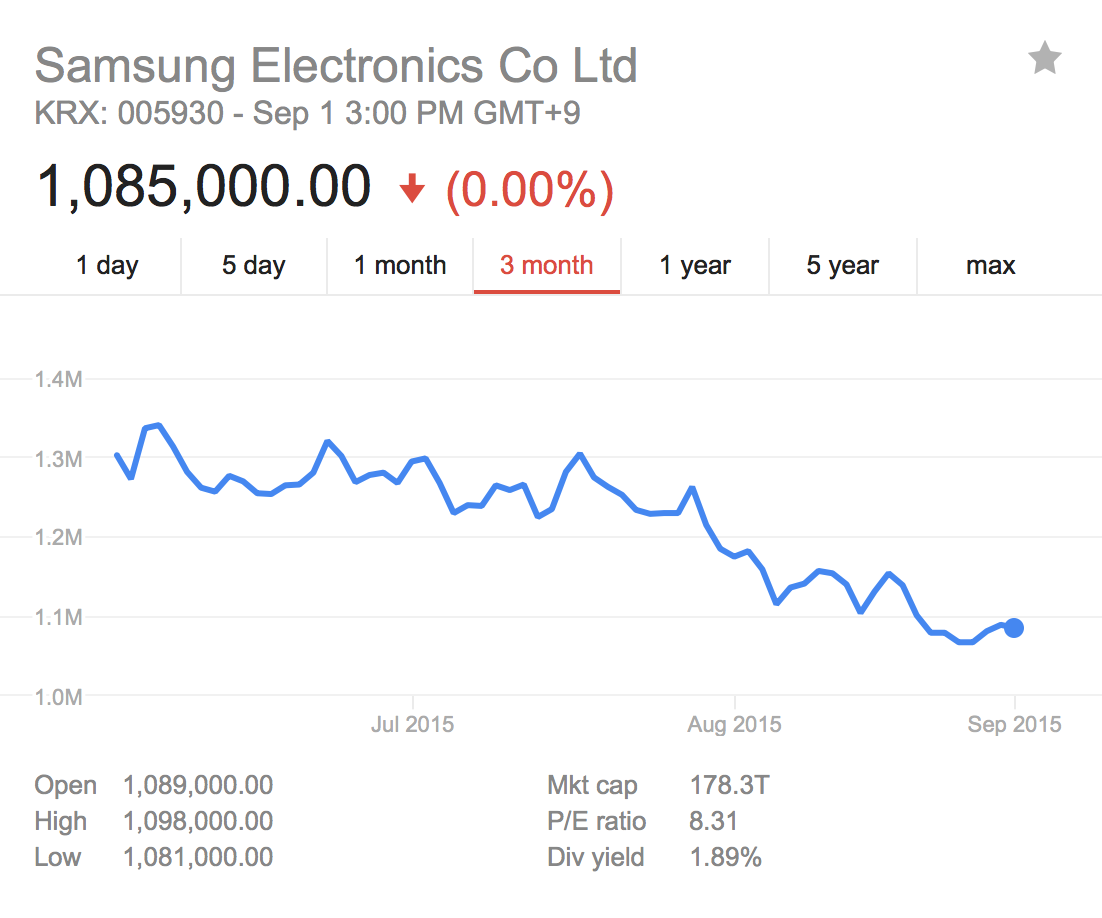 I’ve been using the latest Samsung models recently and have been impressed. However, anecdotally I’ve seen many users sticking with older, perfectly serviceable Android models and even older iPhones. In short, consumers are bucking the upgrade cycle which is terrible news for Samsung.

Most stocks have been down these past few weeks, including Apple’s. We should note, however, that Samsung’s slide has been happening since April.

In the end I would argue that the smartphone is now more a commodity than ever. Price is king and when price is the primary driver, in any market, incumbents will be undercut. We watched it happen in slow motion with LG and HTC and we’re watching it in double time at Samsung.