Dropbox announced a pretty handy feature today that allows you to drag and drop URLs into Dropbox. Anyone with access to where you’ve dropped them can then open the web pages on any device.

It’s basically a bookmark that you can provide as context to something that you’re working on or sharing with someone.

Here’s what the team had to say about it:

Now, you can drag and drop URLs into your Dropbox — on the web and on your desktop — and open them on any of your devices. This means you can take your bookmarks anywhere, instead of having them confined to a certain browser on a certain computer. But it also means you can organize all your information, no matter the format, into Dropbox folders — so your information is in one central place. 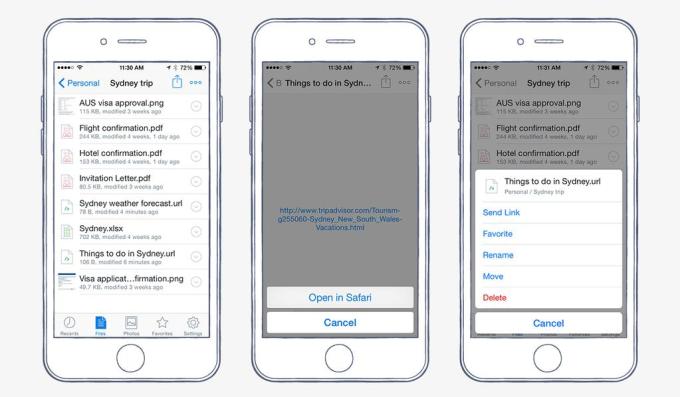 When sharing a folder with someone, you now won’t have to jam a URL into the message box or upload a PDF of a web page. Not a huge feature, but definitely a useful one. Mind you, it won’t store or cache any files from the web, it’s just a link to the web page (although there are third-party apps out there that do this). Maybe that’ll come next.