Sick of typing up meeting notes or interviews? Speech recognition master Nuance’s new Dragon Anywhere transcription app can turn what you say into text with no limit on recording time. This is no toy. It will cost $15 per month when it comes out this fall. But it could reduce headaches and wrist pain inherent in manual transcription.

The new Nuance Dragon iOS and Android apps also let you navigate around a document and insert or correct words using your voice. You can also teach it words, and sync that terminology with the desktop versions of Nuance Dragon that also just received an update. They’ll now sync transcriptions to audio with a karaoke-style cue on the text, which makes double-checking accuracy a cinch. 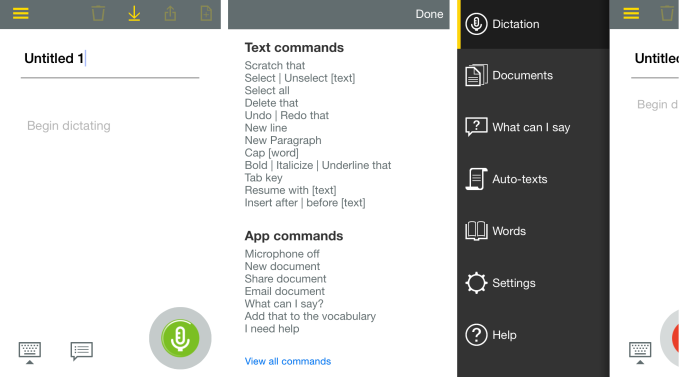 You might think that your phone already has Siri or Google native transcription. In fact, Nuance powers that feature on iOS, though these systems typically only handle short snippets of audio. With Dragon Anywhere, you could record a whole interview, meeting, or diatribe, and it will quickly appear as text.

Since half of Nuance’s business is in healthcare, the ability to teach Dragon Anywhere words is critical, because there are so many unique terms. The demo I saw made it look remarkably accurate, and it’s easy to say “after Nuance add Dragon” to insert a word earlier in your rant.

This might seem like a small step forward, but it’s in the direction of the future where we we’ll only type when we want to.