Kik, the Canadian company behind the messaging app of the same name has announced $50M worth of funding from one of its partners, China’s Tencent (also the biggest internet company in China).

This funding puts Kik’s total at $120.5M. The deal brings the company valuation into unicorn territory (the much-ballyhooed $1 billion mark.)

Here’s what Kik’s CEO, Ted Livingston, had to say about the new investment:

Today we’re announcing that Tencent, maker of WeChat (Weixin), has invested $50 million in our company, Kik.

This process started a year ago, when our board asked us if a partnership with a large company might give us an advantage in winning the chat race. At first I was hesitant. I was confident we could win the race alone. But, keeping in line with Kik’s principle of considering all the options, I eventually agreed to take a look.

Livingston says that he was sold once the team visited TenCent in China, calling them out as a global powerhouse:

Today, there are only five other companies in the world that see the future like we do: Tencent, Line, Facebook, Snapchat, and Telegram. One of them owns the largest internet market in the world. We couldn’t be more excited to partner with them as we run this race.

Tencent has its own line of popular apps, including WeChat and QQ. 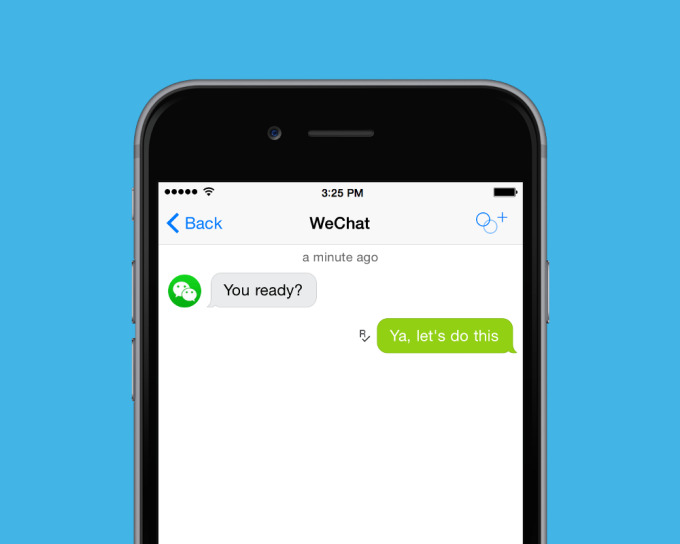 In April, we reported that Kik was seeking strategic partnerships rather than a full-on sale of the company, and those partnerships came bearing fruits of investment.

The company has remained innovative in a space that has seen players come and go quicker than ever before. It makes money, too.

Kik currently sits at number 30 in the top free apps on the App Store, 7th in social networking (both in the US):

By working with Tencent, the idea is that Kik can compete with monsters in messaging, like Facebook, by being innovative and trying new things until it finds something that sticks…which Tencent has done extremely well. Livingston said: “We agreed that someone would do in the West what WeChat was doing in China. The only question was who. We both believe it could be Kik.”