Worldwide, Apple’s workforce is still predominantly male (69 percent), though, that percentage has gotten slightly better over the last year. In the past year, 35 percent of Apple’s new global hires were women.

“In total, this represents the largest group of employees we’ve ever hired from underrepresented groups in a single year,” Cook wrote. 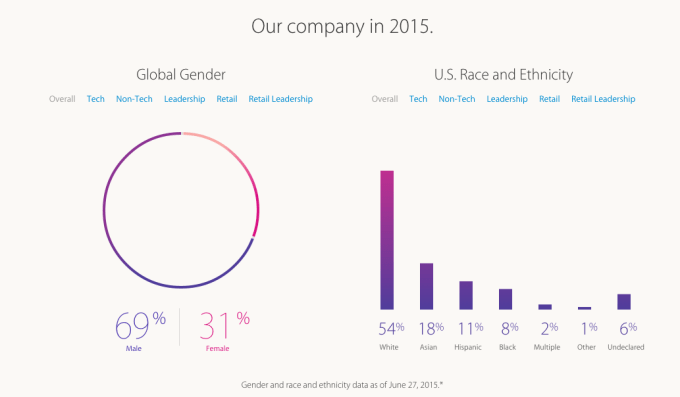 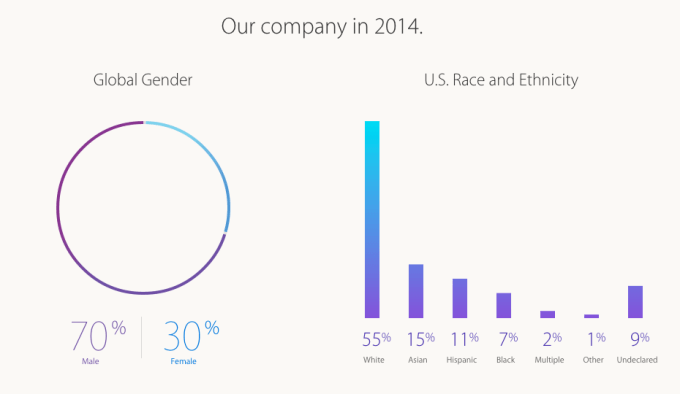 This report comes just one day after Apple announced its partnership with CODE2040, a nonprofit organization that aims to increase the number of underrepresented minorities in the tech industry.

And even though these numbers do represent slight progress, there’s still more to be done and Cook recognizes that:

We are proud of the progress we’ve made, and our commitment to diversity is unwavering. But we know there is a lot more work to be done.

Some people will read this page and see our progress. Others will recognize how much farther we have to go. We see both. And more important than these statistics, we see tens of thousands of Apple employees all over the world, speaking dozens of languages, working together. We celebrate their differences and the many benefits we and our customers enjoy as a result.