Markhor founder Waqas Ali spent the first half of his life without ever using the Internet. He grew up in a small village in Pakistan, and recalls using Google for the first time in 2007 after he moved to Lahore to attend college.

When Ali returned home to Okara for summer break, he was inspired to start Markhor while talking to a local shoemaker about Facebook. The man had heard that Facebook was a hateful, anti-Islam website, and Ali tried to explain the purpose of a social network by telling the shoemaker that he could even use Facebook to sell his shoes to people around the world.

Ali took his own advice, and turned the offhand suggestion into a legitimate business. In September of last year, Markhor launched a Kickstarter that brought in over $107,000 from 508 backers in two months.

Shortly after, Ali and his co-founder Sidra Qasim became the first Pakistani company to be accepted into Y Combinator as a part of the Summer 2015 class. 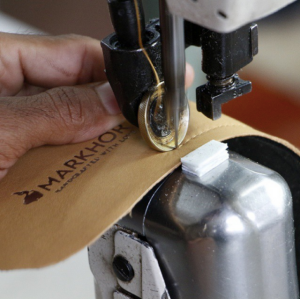 “The idea is that these craftsmen in Pakistan make handmade shoes for many luxury brands, but most of the money goes to these middlemen who are responsible for delivery,” Ali says.

By designing their own shoes, purchasing the leather themselves, and selling direct-to-consumer online, Markhor is able to pay their craftsmen three to five times more than the going rate. Many of these shoemakers live off less than $5 per day, Ali says, even though your average pair of Louis Vuitton men’s loafers retails for around $1,000.

For consumers, removing the middleman translates to handmade, designer-quality shoes that cost less than $300 and ship within five days.

When you purchase a pair of Markhor shoes, you are immediately looped into the production, and you receive periodic updates about the craftsman’s progress. When the shoes arrive, included in the box is a profile of the craftsman responsible, Ali says, which also tells you how much he makes. 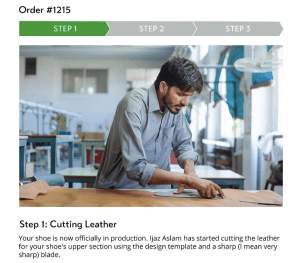 “People like to know that these shoes are not made by a child or a pregnant woman in China,” says Ali. “When you’re buying high-end shoes from big brands, there are so many layers that you don’t know where the shoes are made.”

Ali says that Markhor is currently working with 75 craftsmen in Pakistan, and plans to scale up as needed.

“There are thousands of craftsmen like this in Pakistan, and if you include India and Africa, where we plan to expand our production, there are millions,” he says.

Markhor will be launching a women’s line next month, again on Kickstarter, and will consider introducing additional products in the future.