Bumble is on somewhat of a hot streak. The dating app, which has women initiate all of the conversations, originally launched nine months ago. After reaching 1,000,000 unique conversations in early June, the app now reports that just two months later, over 5,000,000 conversations have been started by women.

As the platform continues to be inundated with new sign-ups, the company has launched VIBee, a verified tier within the app designed to help promote and maintain good behavior and online accountability. However, unlike other social platform’s verification methods, VIBee’s purpose isn’t to verify high-profile users.

Instead, verification is based on a user’s positive contributions to the Bumble ecosystem.

Not only will VIBee users get a special sticker on their profile (à la Twitter), but they will also be able to turn on a mode where you’re presented only with other VIBee users. This will not only give users another level of security and comfort, but also will up their chances at a confident and real connection.

The verification process is driven by a unique algorithm that takes into account behavior like what percent of a user’s conversations are two-way, if a user has ever been reported for spam or abuse, or how likely a user is to follow up on conversations (i.e. not messaging 60 guys once then never following up).

Importantly, the company notes that there is no exact science to getting approved, meaning responding to X amount of messages or initiating X number of conversations won’t work. Instead, a user should just focus on being a productive member of the Bumble community and eventually the algorithm should do its job. 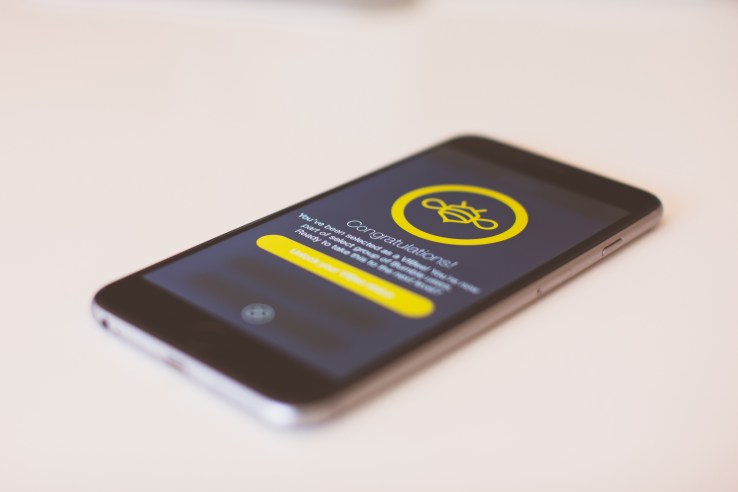 This is a different approach from how social platforms like Twitter and Tinder use their verification badges. Both apps restrict verification to “high-profile figures,” and both are very secretive on how one gets verified.

By making the verification process less secretive and not limiting it to exterior credentials, VIBee hopes to unite its users who are deemed “good members of the community”, instead of those that  just have a good profile picture or graduated from a good college (unlike platforms like The League).

Whitney Wolfe, co-founder and CEO of Bumble, told TechCrunch that the new feature was introduced to keep the app relevant as it grows. Wolfe explained that the company will select about 5-10 percent of the app’s population to pre-seed the VIBee feature, and after that will add users on a rolling basis.

Notably, VIBee users will always have the option to temporarily turn the mode off, and if they ever run out of fellow VIBee suitors, will be automatically fed matches from the general user pool.

On another note, the company also shared that users have swiped others’ profiles over 1 billion total times. Over 800,000 messages are being sent each day, and the app is currently experiencing 15 percent week-over-week growth.