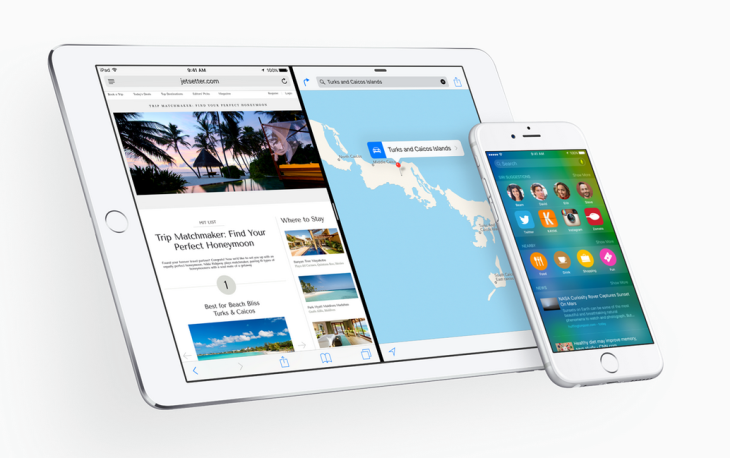 For the first time, Apple this year allowed the public to participate in beta testing the forthcoming version of its new mobile operating system, iOS 9. And now, the company has pushed out the latest release, iOS 9 Public Beta 3. The update comes only only a few weeks after the Public Beta 2 build, which largely included bug fixes and speed enhancements. But this time around, beta testers will have a number of new features to play with including, most notably, the addition of Wi-Fi calling support for AT&T, CarPlay enhancements, a whole slew of new wallpapers, keyboard tweaks, Wi-Fi Assist, and more.

If that last one sounds familiar, it’s because Wi-Fi Assist recently debuted in the iOS 9 Developer’s Beta 5, which is actually the same code that’s now available to public beta testers, as well. In case you missed it, Wi-Fi Assist is an especially handy new feature that will enable the iPhone to switch over to the cellular data connection when the Wi-Fi connection is shoddy.

In other words, instead of struggling with a weak wireless signal, finally forcing you to turn off Wi-Fi altogether in order to use the stronger cellular signal, the iPhone will make the switch automatically.

The other flagship new feature in this release is support for Wi-Fi calling for AT&T, which now joins T-Mobile in allowing you to place calls over a Wi-Fi connection. However, though the feature itself is enabled on iOS 9, AT&T isn’t quite ready on its end – activating the feature directs you to a web page that says “Oops! Wi-Fi Calling isn’t yet available in your area, but check back soon.” It’s expected that the feature will work later this year, though – hopefully as soon as iOS 9 hits general availability.

Another fun addition in the new release is the new collection of wallpapers, which include planets and shapes on black backgrounds; abstract, colorful photos; close-ups of feathers and plants; explosions; and more.

Other items of note in the beta include larger artwork in CarPlay plus support for liking songs via the heart button; changes to Handoff which now only suggests apps that you already have installed; a “Shuffle All” option in Music; a new splash screen in Calendar; an updated keyboard with new Delete, Shift and Dictation buttons; the renaming of “text shortcuts” to “text replacement” (as on Mac); an updated look for the Activity app; and a change to Siri suggestions that removes labels for call, message and FaceTime buttons. (You can see more images of all these changes here.)

Plus, like the beta releases that came before this, iOS 9 Public Beta 3 also promises more bug fixes and performance improvements, which should help with its overall responsiveness and app crashes.

If you haven’t yet seen the iOS 9 Public Beta update hit your device, it should arrive soon. Though it rolled out yesterday, many testers are only getting pinged about the download today.

For the first time, Apple this year allowed the public to participate in beta testing the forthcoming version of its new mobile operating system, iOS 9. And now, the company has pushed out the late...