Knowing what to play next is the biggest problem with streaming music services, but most solve discovery with clunky, unfamiliar blog-style tabs you’re supposed to browse. Listeners are accustomed to playlists, so Spotify’s latest attempt to unlock its catalog is an algorithmically personalized playlist called “Discover Weekly”. Users will start seeing it soon, and you can preview mine here.

Delivered to the top of your playlist…list on web and mobile each Monday, Discover Weekly offers up two hours of songs that other users with similar tastes to you are adding to their own mixes. You don’t have to keep browsing for individual tracks to play. Just throw on Discover Weekly and Spotify will keep the beats steady knockin’.

Playlists are Spotify’s best bet for keeping its 75 million listeners and 20 million paying subscribers loyal in the face of Apple Music’s invasion of the market. No one wants to abandon their playlists or the listening history that fuels Spotify’s personalization to switch services. My mixes are what keep dragging me back while I test Apple Music. The independent Spotify needs all the help it can get to fend of Apple, with its industry connections and massive pre-install base on hundreds of millions of iPhones. 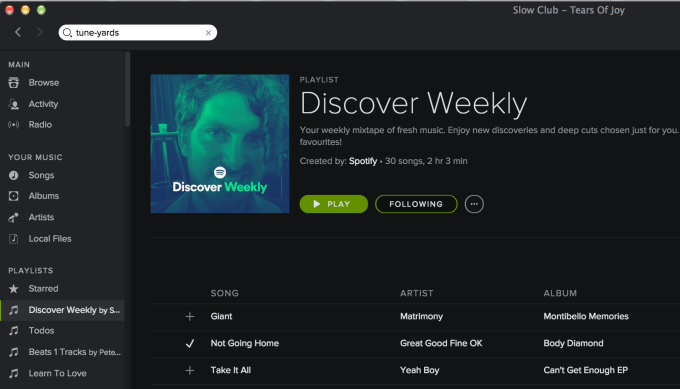 I got a chance to preview my Discover Weekly playlist, and was pleasantly surprised by how well it fit into the Spotify experience. Until now, the app’s discovery flow has been about its Browse tab, full of new releases, mood and activity-based playlists, charts, and editor-made mixes.

The issue is that you can’t just hit play on the Browse tab. You have to dig in and find something specific, then pop back out and try again. That’s a lot of work, especially if you’re trying to work, work out, commute, or rest. But a playlist can be easily turned on to let your ears do the diciphering of what you like, not your eyes. 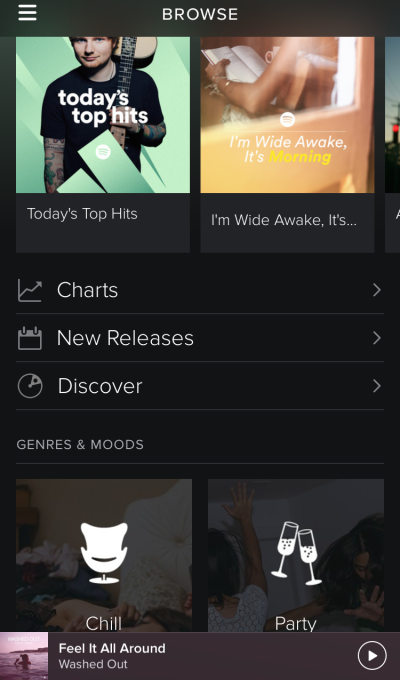 That’s why about a year ago, I recommended that Spotify build a “Playfeed”. I imagined it combining editors’ picks, new releases, and personalized suggestions in a constantly updated playlist.

Discover Weekly is similar, though it’s just algorithmic recommendations, and only updated weekly. The company looks at what songs you listen to, finds users who added those tracks to their playlists, and then populates Discovery Weekly with more jams from those same playlists.

For better or worse, Spotify’s product doesn’t just keep growing your Discover Weekly playlist. Instead, it replaces it entirely each week. This makes it urgent (or a chore) to save what you like before it disappears. Personally, I’d prefer just one playlist that keeps getting added to, or that’s archived somewhere.

Overall, I found the Discovery Week;y playlist quite adventurous. Mine mostly featured indie bands on the rise — the kind of artists that’d be lucky to score a spot on one of Coachella’s smallest stages. Spotify could have made it a bit more comfortable to slip into by including more artists I’d already listened to but tracks I hadn’t. And it certainly felt like it was made by a computer, not a person. The first song was exceedingly slow, which a human would know to place later in a playlist, not up front. 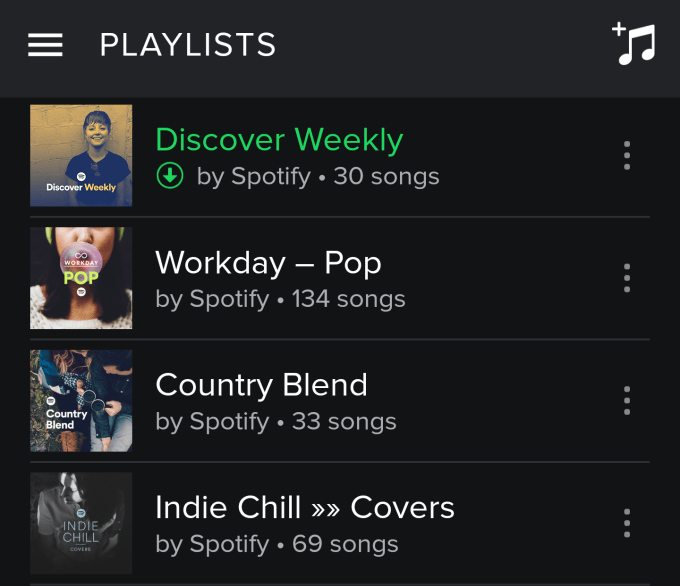 With growing competition from Apple Music, Google Music, YouTube, Tidal, and others, Spotify is relying on personalization to win streaming. While others try to make mainstream services that appeal to casual listeners, Spotify’s always been aimed at hardcore music fans. In some ways, Discover Weekly is the exact opposite of Apple Music’s one-size-fits-all, human-DJ’d radio station Beats 1.

The question will be whether Spotify can blossom into a service for the average person who’s upgrading from buying or stealing MP3s. Discovery mechanics that don’t require your constant attention will help, but they can’t just be a little better if it’s going to survive alongside Apple.

Spotify needs more ways to get its app out there. Discover Weekly ought to keep loyal users listening, but a more viral feature might be in order. What might really move the needle is if Spotify could get users to build playlists for their friends who haven’t signed up yet.