After a year of previews and one release candidate, Microsoft today officially launched the latest version of its Visual Studio integrated development environment (IDE) together with an update to its .NET framework.

Visual Studio 2015 (VS 2015) is now available for download (and purchase), but Team Foundation Server 2015 — part of Microsoft’s online services for development teams — will remain in its release candidate phase until next month.

As part of today’s announcement, Microsoft also released a couple of new download numbers for various tools in the Visual Studio ecosystem. Visual Studio Community, for example, the much-improved free version of the software for non-enterprise users, has now been downloaded 5 million times since its launch seven months ago. More than 3.2 million developers have now registered for the Visual Studio Online services. Visual Studio Code, the standalone code editor for Windows, Mac and Linux, has seen half a million downloads since its launch three months ago. More than half of those downloads came from Mac and Linux users.

As Microsoft’s corporate VP of its Developer Division S. “Soma” Somasegar told us, the company’s aim with Visual Studio was to make good on its promise to deliver a tool that allows developers to target all the popular platforms. “When you think about Visual Studio, the core theme is that VS 2015 is a cross-platform tool set,” he said. “Developers have been asking for this and we are delivering it.”

To do this, the Visual Studio team integrated Apache Cordova, for example, so developers can write iOS and Android apps using HTML, CSS and JavaScript. They can also take their C++ language skills and build shared components for their iOS, Android and Windows apps. Thanks to its partnership with Xamarin, developers can also take their .NET apps and target iOS and Android. For Android developers, Visual Studio now even includes a built-in Android emulator.

As Autodesk software architect Albert Szilvasy told me, his company is looking at Visual Studio’s cross-platform capabilities to launch apps for iOS and Android (sadly he didn’t reveal any details about these apps, though). For Autodesk, the advantage here isn’t so much that it could reuse some of its existing code from AutoCAD, for example, but that its developers don’t have to learn a new tool set. 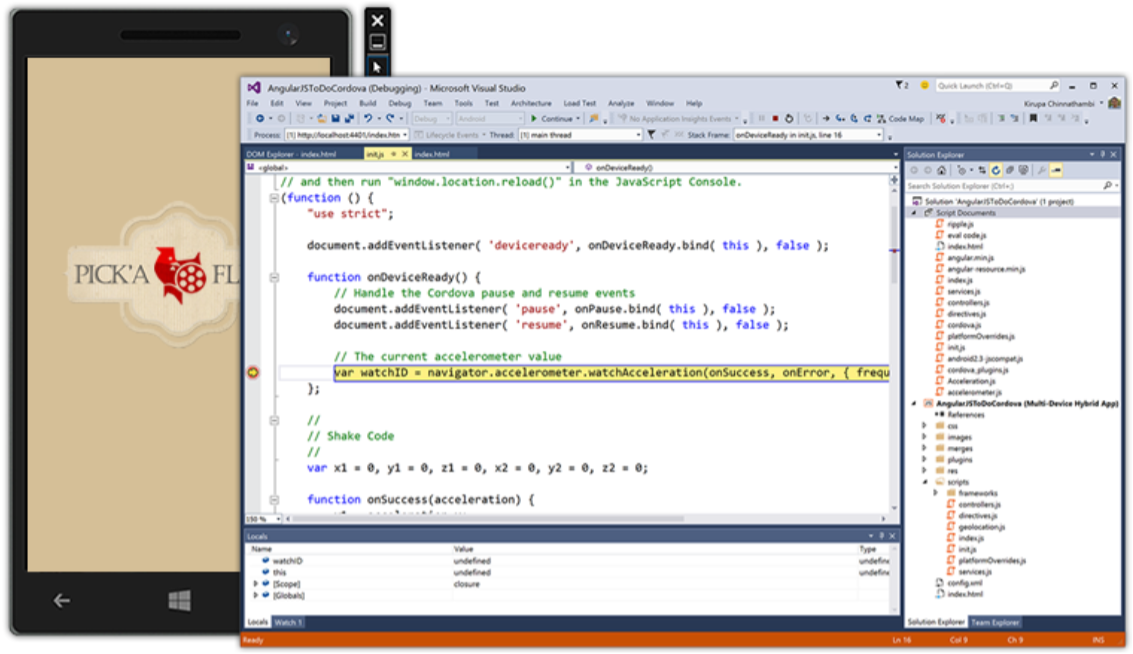 Giving developers lots of choice was one of the main missions for the VS team with this release, Somasegar said. That means platforms, but also languages. VS 2015 offers support for C# 6 and VB.NET 12, for example, as well as improved support for C++, TypeScript and Python. Some of the new language features like Light Bulbs for alerting developers of potential fixes in their C# and Visual Basic code, were made possible thanks to the Roslyn project the company open sourced last year.

Autodesk’s Szilvasy also told me that he’s some some improvements in the compile times for many of Autodesk’s products. AutoCAD, for example, takes about 40 minutes to compile on a very high-end machine right now, but with VS 2015, he saw significant improvements.

Somasegar also stressed that VS 2015 will allow developers to work with Windows and Linux servers as their cloud backends and deploy to containers. “It’s all about opening up Visual Studio, broadening access and giving you the choice of what you want to do and what platform to target,” he said.

VS 2015 also includes many new debugging and diagnostic features, all of which have now been bundled into a single tool. 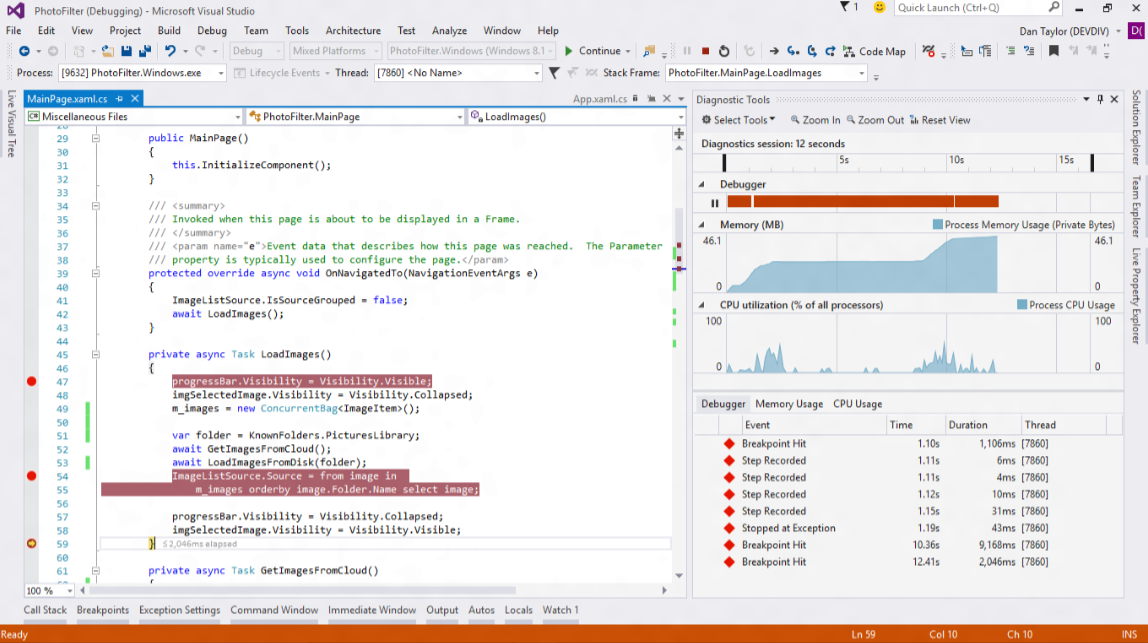 These days, however, Visual Studio is only part of Microsoft’s overall offerings for developers. Team management and DevOps services like Visual Studio Online and Team Foundation Server are becoming an increasingly important part of its tool set, too. Visual Studio now offers a number of improved integrations with these services, ranging from deployment to monitoring.

There are obviously plenty of other large and small changes in this new release. What’s worth noting, though, is that Microsoft has also brought the number of different versions of the software it sold from three to two (plus the free Community Edition): Enterprise and Pro. The company will also offer a standalone, non-subscription version of Visual Studio Professional for $499. Somasegar argues that the overall reaction to these (previously announced) pricing changes has been positive, especially among enterprise users.

As part of today’s launch, Microsoft teamed up with Humanitarian Toolbox to write a real-world app in VS 2015 that could help communities after disaster strikes. The new app will be available as an open-source project on GitHub today.