It’s been over a year since we wrote our original post sharing our analysis of the last decade’s most successful U.S.-based, venture-backed tech companies.

As we wrote in our original post – many entrepreneurs, and the venture investors who back them, seek to build big, impactful companies valued at a billion dollars or more. We called these companies “unicorns” because what they had achieved seemed very difficult, rare, and relatively unstudied.

That billion-dollar threshold is important, because historically, top venture funds have driven returns from their ownership in just a few companies that grow to be super-successful. And as most traditional funds have grown in size, they require larger “exits” to deliver acceptable returns (Cowboy Ventures is different – we’re small by design, although we’d be happy to invest in Unicorns).

For example, to return just the initial capital of a $400 million venture fund, that might mean needing to own 20 percent of two different $1 billion companies at exit, or 20 percent of a $2 billion company when the company is acquired or goes public.

The post and term generated more attention than expected. It’s been a nice surprise – it’s a special word for a special thing, and we love it’s not traditional business lingo.

From some, there’s even concern now that pursuit of ‘unicornhood’ is both annoying and may have somehow changed the nature of tech valuations. To that, we’d emphasize two points:

First, our project uses valuation as a filter (an admittedly imperfect one) to identify and learn from the fastest-scaling tech companies of our time. Our goal is learning, not list making. Nor is it to encourage companies to optimize point-in-time paper valuations, which have a lot of downside if they are not sustainable.

Second, as noted, today’s traditional venture firms are sized to need unicorn exits to deliver returns. Some investors may grumble about entrepreneurs wanting ‘unicorn valuations.’ But let’s be honest, most investors want them, too, and are supporting the massive capitalization of these companies. (More on that later.)

So with the big caveats that our data is based on publicly available sources, as well as on a snapshot in time (which has definite limitations), here is a summary of new learning and reinforced lessons from an updated set of companies1:

Summary Of Our Updated Analysis

1) We found 84 U.S.-based companies belong to what we call the “unicorn club,” a jaw-dropping 115% increase from our last post. The increase is driven largely by “paper unicorns” – private companies that have not yet had a “liquidity event.” But, these companies are still a super-rarity: our list is just .14% of venture-backed consumer and enterprise tech startups.

3) Consumer-oriented companies drive the majority of value in our set: more companies and higher average value per company. They raise a lot of private capital.

6) It’s a long journey, beyond vesting periods: it has taken ~7 years on average before a “liquidity event” for the 39% who have ‘exited’ – not including the 61% of our list that is still private. The capital efficiency of these “private unicorns” is surprisingly low, which will likely impact future returns for founders, investors and employees.

7) Take heart, “old people” of Silicon Valley: Companies with educated, tech-savvy, experienced 30-something, co-founding teams with history together have built the most successes. Twenty-something founders and successful pivots are the minority; dedicated CEOs who are able to scale their companies for the long haul are not.

8) San Francisco maintains dominance as the new epicenter of the Bay Area’s most valuable tech companies; cities like NYC and L.A. are growing in importance

9) Immigrants play a huge role in the founding and value creation of today’s tech companies.  We wonder how much more value could be created if it were easier to get a work visa.

10) There’s still too little diversity at the top. There is movement in a positive direction on gender from a zero base; and not enough data on race and other underrepresented groups.

Some Deeper Explanation And Additional Findings

a) Compelling products that are easier than ever to adopt through large and growing global markets, smartphones, and social networks to spread the word faster. This is driving more exciting growth, adoption and engagement numbers than ever before (A16Z’s strong presentation on the underlying fundamentals here.

b) A perception of winner-take-all markets due to branding, scale and/or network effects, and intimidating, growing cash war chests (see here) driving investor FOMO, and demand to invest in ‘winners’ at almost any price (Bill Gurley has great insights about that here).

c) Competitive later stage capital from more sources than ever – late stage funds, public investors investing earlier, and global strategics. These investors often have a low cost of capital which gives them a lower return hurdle than traditional venture investors; and they often receive downside protection as part of their investment that isn’t reflected in valuations (Fenwick’s great analysis of this trend here).

d) Vibrant public markets fueling optimism: the NASDAQ is up 32% since our last analysis.

e) Optimistic private markets sheltering a thicket of “paper unicorns.” When companies are private, founders can share more about their future dreams with investors; report less; and the shares are illiquid, constraining short-term changes in valuation. Those factors, combined with the above reasons, have driven significant ‘multiple inflation’ for private versus public company valuations (giving private companies more value than public ones as a multiple of # of engaged users, revenues, EBIT, growth rate), including from the WSJ;
The Verge; Josh Kopelman; Thomas Tunguz; CB Insights; and Deepak Ravchanran.

3) Consumer-oriented unicorns continue to drive the majority of value in our set: more companies, and higher average value per company. They also raise a lot of private capital.

6)   It has taken ~7 years on average before a “liquidity event” for the 39% who have ‘exited’ – not including the 61% of our list that is still private. The capital efficiency of these “private unicorns” is surprisingly low, which will likely impact future returns for founders, investors and employees.

7) Take heart, ‘old people’ of Silicon Valley – companies with clear product visions, and well-educated, tech-savvy teams of thirty-somethings with history together have built the most successes; 20-something founders, changing CEOs, and “big pivots” are a minority.

8) San Francisco maintains its dominance as the new epicenter of the most valuable tech companies; cities like NYC and L.A. are growing in importance.

9)   Immigrants play a huge role in the founding and value creation of today’s tech companies.

10) There’s still too little diversity at the top in 2015, but there is movement in a positive direction on gender. 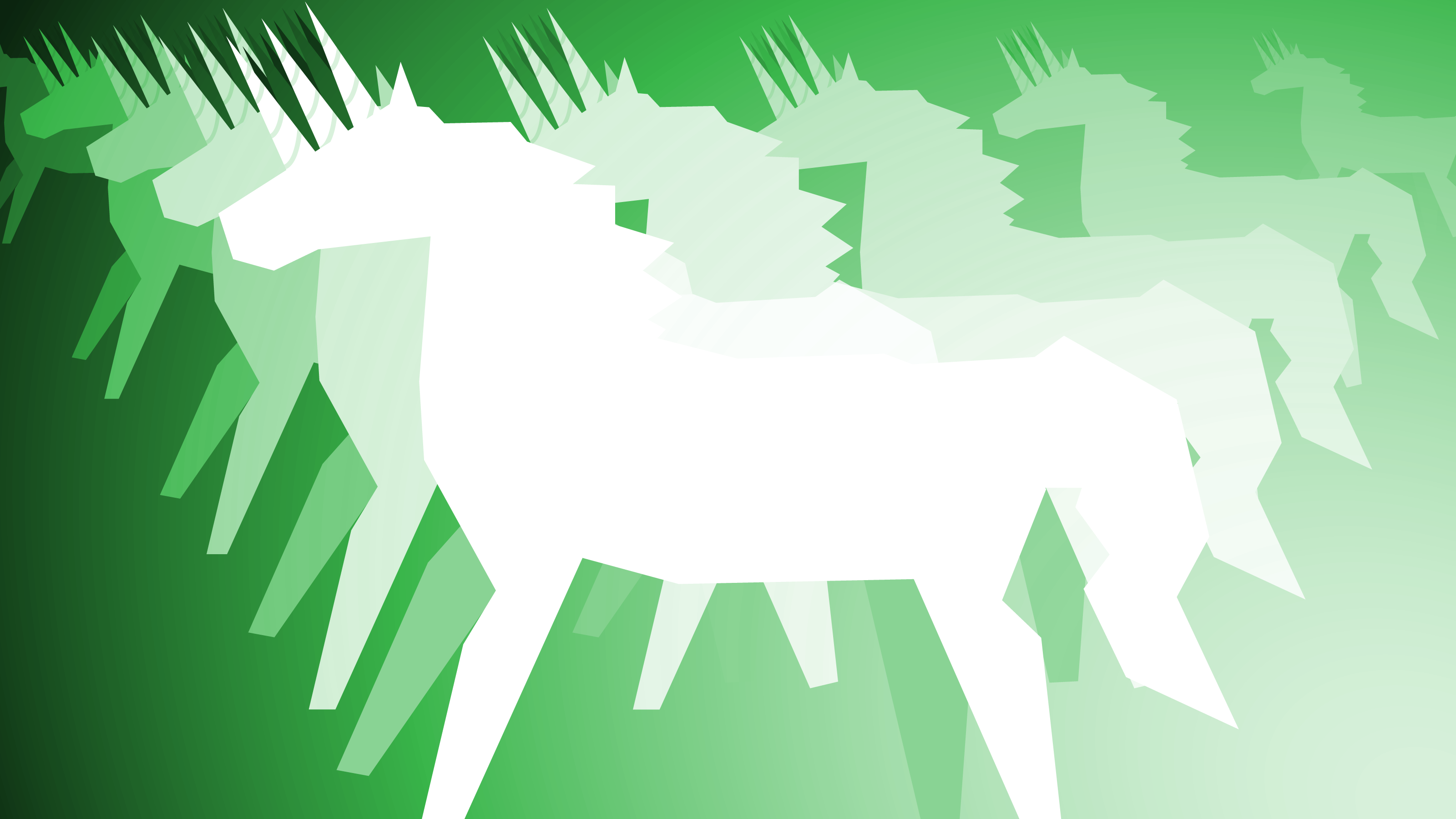 So, what does this all mean?

The most striking takeaway for us from this analysis is the growth of “paper unicorns” and their surprisingly low capital efficiency. While we believe some increase is due to fantastic market fundamentals, much seems due to the low incentive to trade publicly, a fiercely competitive environment, and private capital flocking to growth that has caused companies to focus on ‘getting big fast’, and has also pushed valuations out of whack with public markets.

Because many investors have protection through preferred stock, and many founders “take some off the table” in later stage rounds, when paper unicorns become public or acquired unicorns, non-founder employees will likely feel the most pain and disappointment if there is a negative gap between the exit value and today’s private market share prices.

(Which makes us think: While being a unicorn is cool, you know what’s really cool for founders, employees and investors? Making a 20x+ multiple on private capital raised when your super awesome company has an exit.)

There are also many consistent lessons with our last analysis. These companies were largely founded by co-founder teams with clear product visions, history together, experience working in tech, track records of entrepreneurship, and with a technical founder on the team. All have opportunities to improve their outcomes and cultures by adding diversity to their teams and boards of directors.

And, they were founded by committed leaders who are on a path to scale their businesses for a decade or more. The probability a founder could start with a scrappy dream, then develop the skills to lead through hundreds of product shipments, ups and downs, serial fundraisings and thousands of employees while maintaining the faith of their teams, investors and boards – seems quite unlikely.

It’s really remarkable and this whole analysis could be an ode to these special founders and teams who are going the distance to achieve the improbable.

So we continue to tip our hats to these 84 companies who delight millions of customers with fantastic products, are outstanding at fundraising, and recruit and retain team members in the most brutal recruiting environment we’ve known.

They are the lucky/tenacious/genius few of the Unicorn Club, and we look forward to learning more about them, and their future compatriots.

Many thanks to the Cowboy crew who helped with this: Joanne Yuan, Noah Lichtenstein, Michelle McHargue and Athena Chavarria; and Silicon Valley Insights who helped seed our dataset.

1 Our data is based on publicly available information from news articles, company websites, CrunchBase, LinkedIn, Wikipedia and public market data.  It is also based on a snapshot in time (as of 7/16/15) and current market conditions, which were categorized as fairly “hot” in 2013 and now might be considered “steamy.” To emphasize, our dataset includes only US-based, VC-backed software and internet-oriented companies. Impressive, highly valued companies like SolarCity, Tesla, Theranos, SpaceX, FlipKart, XiaoMi, SuperCell, Arista Networks and Shutterstock are not included in our analysis.

2 Figuring out the denominator to unicorn probability is hard.  The NVCA says over over 21,000 internet-related companies were funded since 2005; Mattermark says 24,000; and the CVR says 20,000 companies are angel funded per year. So we assumed a ballpark 60,000 software and Internet companies were funded in the past decade.

We’d like to acknowledge some awesome companies who have graduated from our data set.