Because there exist only two kinds of watches – Apple Watches and all others – Chrono24 is addressing a pretty big market: high-end collectors of mechanical timepieces. The watch consignment and sales site just raised €21 million from Insight Ventures to open new offices in New York and Hong Kong and have even added a new feature called Trusted Checkout, a system that protects buyers from unscrupulous sellers.

The site is mostly a collector-to-collector sort of marketplace but it also allows dealers to get in on the action. Most of the watches are pre-worn – it’s hard to sell new luxury watches online because the manufacturers don’t want a grey market (nor do they want to expose the exploitive wholesale prices of their watches which are often marked up 100%) – but you can still find some nice pieces. 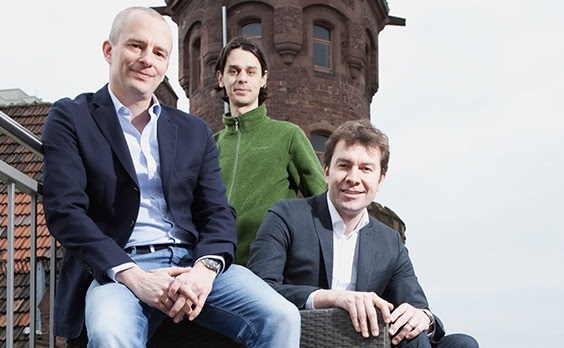 The company did €750 million in sales volume in 2015 and have over 196,000 watches listed on the site. The cofounders, Tim Stracke, Dirk Schwartz, and Michael Krkoska, essentially built the site into a 9 million visitor monster over the past few years by making it far easier to buy and sell nice watches online

The team has also added Trusted Checkout, a feature that releases the payment to the seller only after the buyer is satisfied. “After we have received the payment for a watch we only proceed it to the seller if the buyer has confirmed that he or she does not want to return it,” said Stracke. “So that makes buying on Chrono24 almost as safe as going into a store.”

That a watch site raised so much is a testament to both the intensity with which the team has taken up the watch sales cause and, more important, the excellent profit and revenue they’ve exhibited. There is no one, easy way to buy watches online – each of the stores and collector’s forums (not the mention the cesspool of fakes that is Ebay) have their own problems – but Chrono24 seems to be ironing them out and making money in turn.