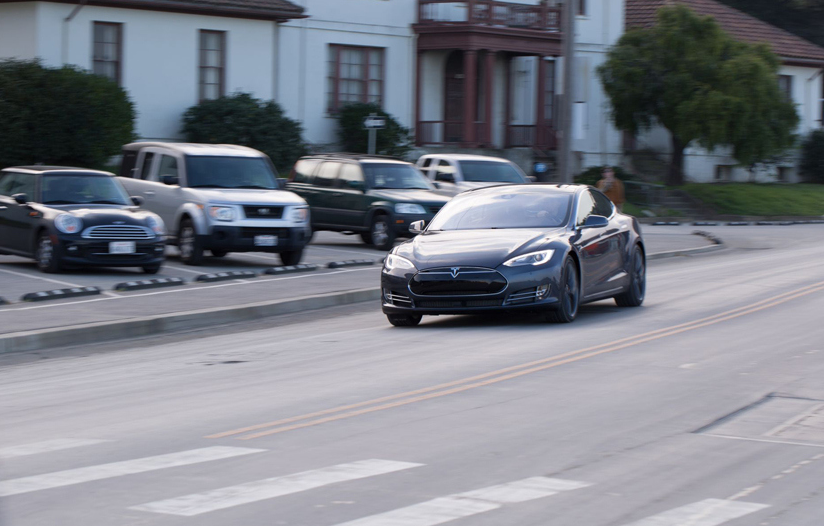 Tesla’s Model S P85D is well known for its wonderfully named “Insane” mode, which tunes the car to go from 0 to 60 in 3.1 seconds.

Not insane enough for you? Now the Model S is getting a “Ludicrous” mode. Seriously.

The aptly named Ludicrous mode will do 0-60 in 2.8 seconds. According to Tesla CEO Elon Musk, that acceleration pins you to the seat at a 1.1 Gs. “It’s faster than falling,” he adds. “It’s like having your own private roller coaster.”

One catch: unlike most Tesla Model S tuning enhancements, this one isn’t a software update — and it’s not free. Why? Because Tesla had to make new, physical hardware to make this possible. Specifically, they had to make a fuse that didn’t melt when you pulled ridiculously high amperages over it.

The fuse upgrade will be a $10k option for new buyers, and cost $5k (before installation) for existing P85D owners.

Also mentioned in passing were very limited details on Tesla’s electric SUV — the Model X — and their more affordable compact option, the Model 3. The first Model X’s will ship “in two months,” while Elon promises Model 3s will roll out “in just over two years.”

(Fun note: before the press call began, Tesla had Ludacris playing on loop — now we know why. How very Apple-y of them.)