Summer always makes me think of the 7-11 at the end of East Lakeview in Columbus, Ohio. I was about eight. My grandmother took us there every week to get comic books, which were near the front window, by the counter. In the back corner, in darkness, was a Star Wars stand up arcade game. On the day it first appeared it bleated a snippet of the Star Wars theme and my ears perked up. It took a few visits before I asked for a quarter and grandma obliged. I selected my level – always Easy – and thrilled at Mark Hamill hooting out “Red Five standing by” and the chirps of my on-board droid. The joystick was cold and solid, a true simulacrum of what Luke would have held in his hands. The buttons reacted to my every command – the torpedoes rolling out in starburst explosions and the blasters taking down TIE Fighters like clay pigeons at the range. It was my first experience and my first real arcade game and I was happy.

Star Wars was important because it was a vector-based game with a complexity unseen in that benighted era. The graphics were smooth and surprisingly realistic… if a little linear. Gameplay was primitive but good enough for a kid who wasn’t very good at games in the first place. If I got past the canyon run I was a happy boy but I rarely made the Death Star explode in a blossom of oscilloscope lines. 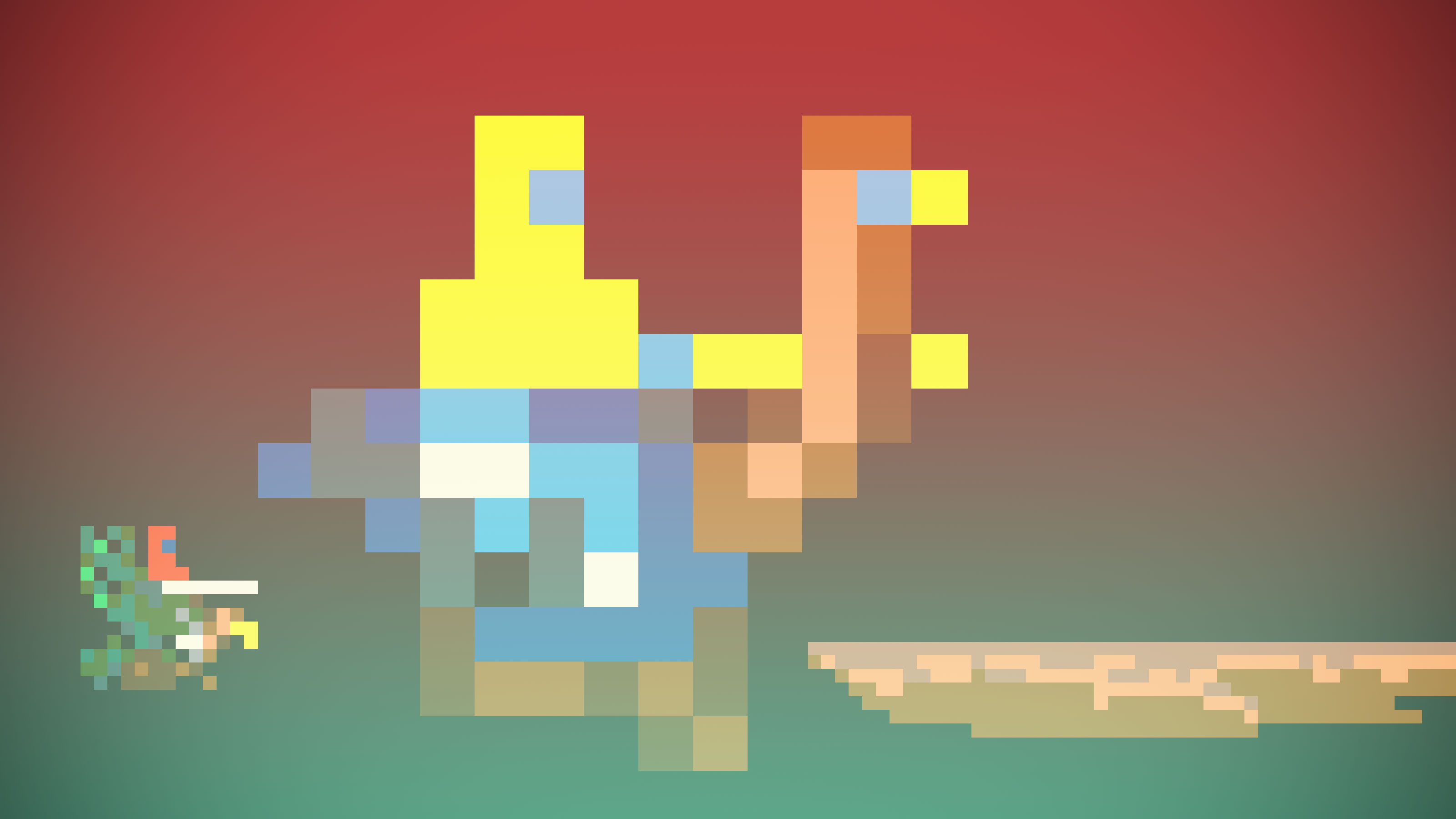 We can’t go back again.

Pac-Man Fever hit and although I’d never played the game I bought the record, the t-shirts, the stickers. A friend with an Atari 2600 has the bastardized version of the game but it was laughably bad. I wanted to play the real version, with the ghosts and the dots and the chipper soundtrack. Why would I play this squalling cartridge version? Home gaming was not about the kill the arcades – yet.

I started finding arcade games everywhere. In the Convenient Food Mart in Martins Ferry where we bought rotisserie chickens and chipped ham they had a steady rotation of games. I would park my bike outside and go in, quarters in hand, and buy some kind of candy and then slip a quarter into Joust or Berzerk. For a moment I wasn’t a fat kid with glasses in the middle of rural Ohio. I was a knight or a fighter or a demon. A few years later the Stop&Go sprang up next to Convenient and they had Ninja Gaiden and the amazingly-detailed Xenophobe. I played for hours after making a frozen graveyard at the Slushie machine.

Don’t get me started on Spy Hunter. I tried to use Estes rocket igniters to add smoke bombs to my yellow bike. It worked… sometimes. 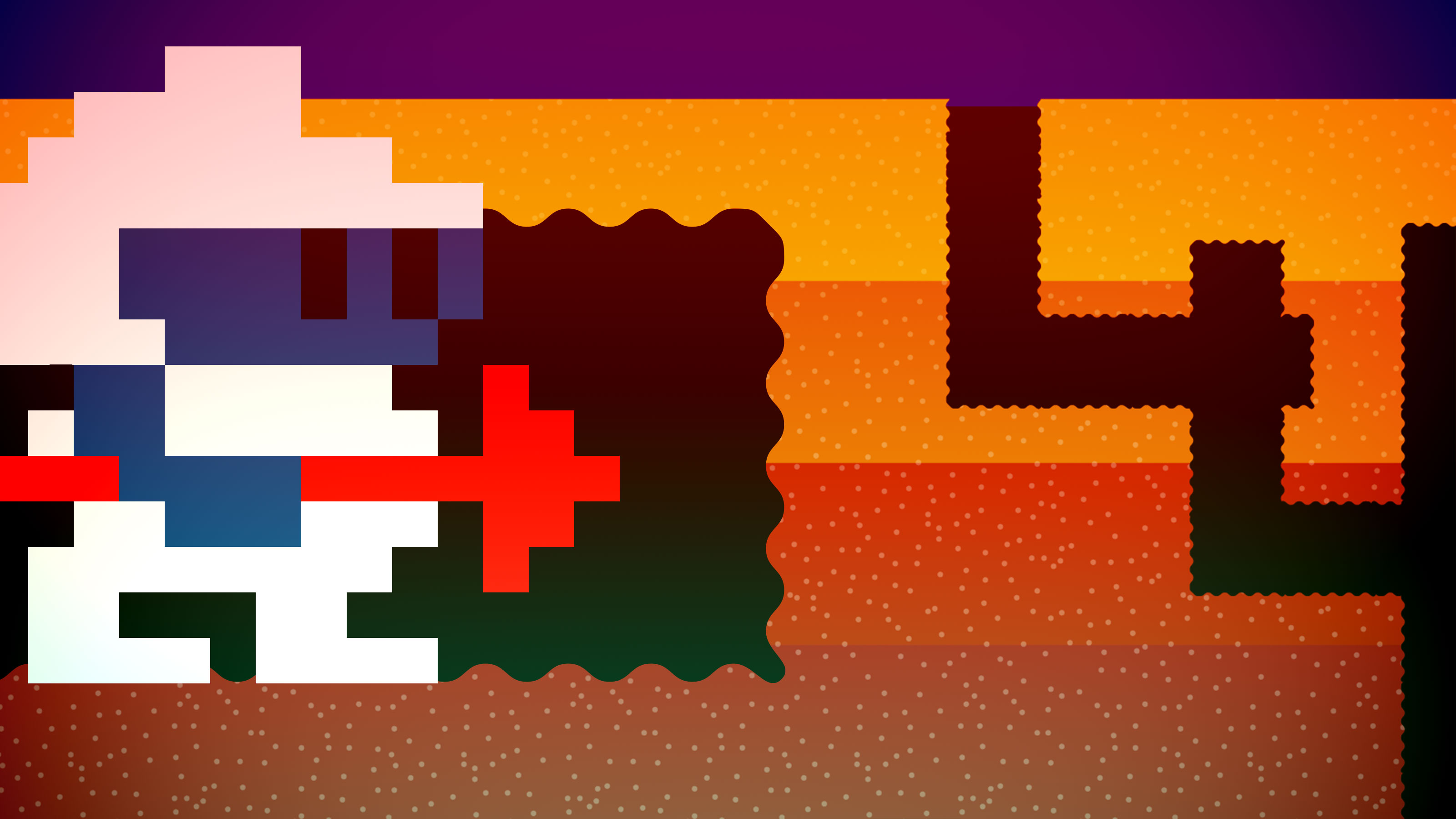 I can’t go back again.

I watched Cloak & Dagger on VHS. It was a revelation. Dabney Coleman played a character in Davey’s imagination, a spy that was born out of a video game. He was there to help Davey escape the clutches of a pair of scary old people hell-bent on stealing the secrets inside his video game cartridge. Coleman was a sort of cheat book, a way for Davey to live out the in-game adventure. I won’t spoil it but it was a mind-bending experience. It’s a little slow for the kids of today, though. I wouldn’t recommend putting it on for kids who play Minecraft.

That movie game out during the early rise of the cartridge when movie makers thought that arcade movies were going to be box office gold. It was also the rise of the smart kid movie, of Space Camp and Explorers and The Goonies. I wanted to be Data but I was more like Chunk.

The 2600 was still the console to beat, at least in Martins Ferry, and it was still wildly primitive. Arcades were truly pockets of the cutting edge. What did William Gibson say about the future? These places were the future.

Chuck E Cheese was the place to go for new games and every mall had a dimly-lit den where kids congregated to play TMNT and Pole Position and the amazing Afterburner. Altered Beast was a killer and Rampage was amazing. Slowly but surely the games became more and more realistic. I went in as often as I could. There was a certain feeling when you found a new game, a sense of surprise and fear. Would my quarter be wasted? Why did this one cost 50 cents? Why was it special?

It didn’t matter. I was in an arcade.

Wizard needs food badly. My friend Richie and I would go to the 7-11 by the the Pig Tail Tavern and rent a VHS movie. We’d play Gauntlet for an hour then go home and watch Halloween. It was an evening well-spent. 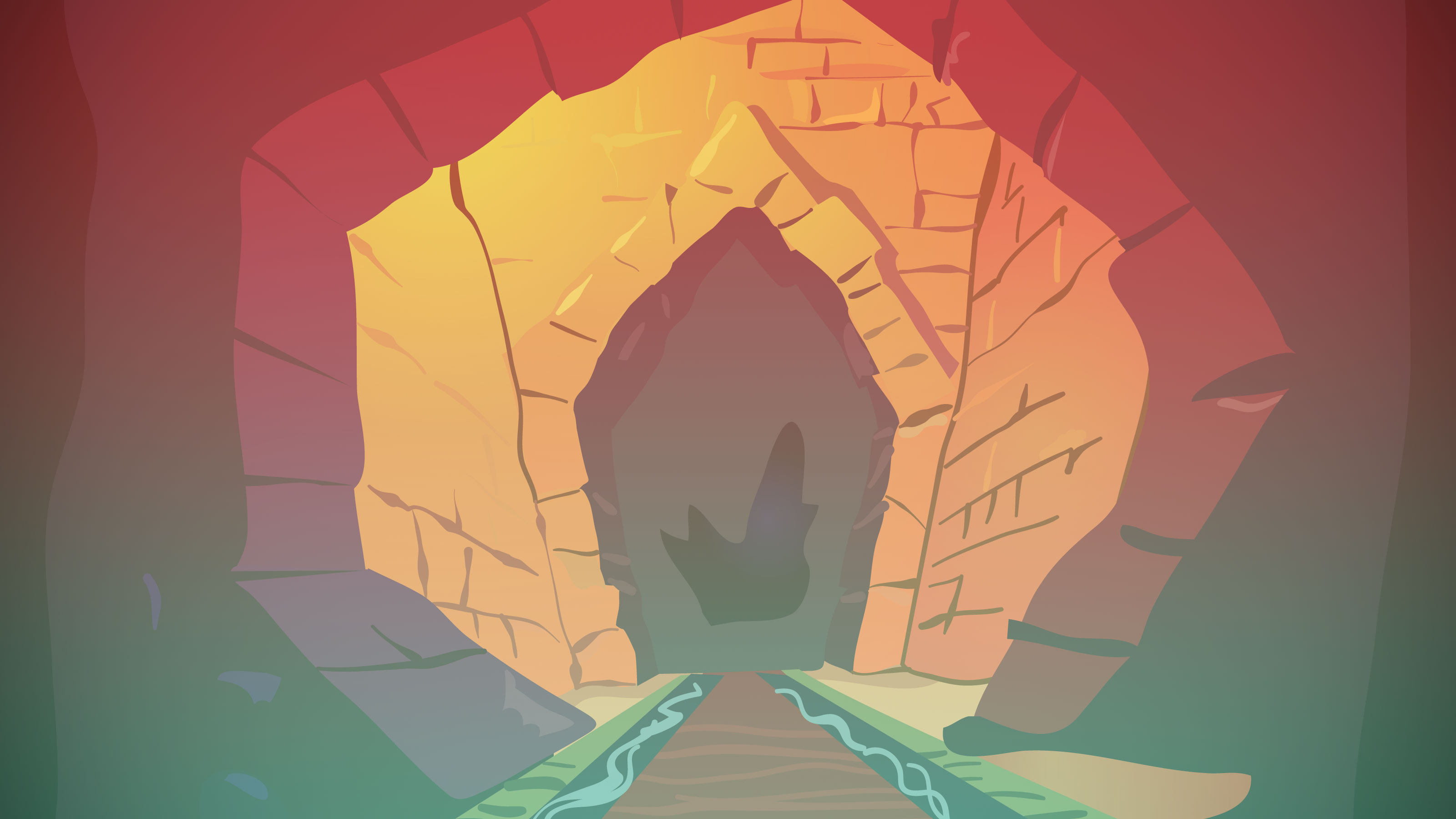 Dragons Lair was the end. It was the king of arcade games and was, ostensibly, a flop. It was the cutting edge, designed to keep the kids from leaving the withering arcades. It didn’t work.

As the arcades flourished, home consoles skittered about like mammals before the great cataclysm. Arcade dinosaurs, sure of their invincibility, grew stronger and stronger, more ornate, stranger. And when the mammals – the consoles – got smarter than the arcade games it was all over. Why leave the house when you could play Spy Hunter on your Atari 800XL? Why play Dig Dug in the arcade when all it took was a quick cartridge switch?

Then came Zelda. She and Link drove the last stake in the arcade’s heart. In that game you fought for hours, for days, for months. It was like gaming was a job and we were eager to apply.

When I think of summer I think of arcades. How my parents picked a hotel in Florida just because it had an arcade. How visited Convenient and Stop&Go when the dust was high on the roads by the river and the grass was green and bent. I remember a stand-up arcade version of Track & Field in an East German train station in July, the gameplay and characters the same but the words all Teutonic and strange, heat radiating off the black stone of the dirty station. Arcades were a refuge, a place of strength, alcoves dedicated to strange gods that promised eternal happiness – as long as your quarters lasted.

We won’t go back again. There’s no need. Online play allows us to crow over high scores in our gamer profiles and we can join hundreds of people in battle with the low admission price of $59 plus the few hundred spent on a powerful console. You don’t pay someone else a quarter for the pleasure of a few adrenaline-soaked minutes in a strange world. You pay Sony or Microsoft or Nintendo for the pleasure of sitting in your house, in the air conditioning, fighting battles that can never be won against foes more powerful than a few abstract lines on a fly-beaten screen in a 7-11 on East Lakeview. 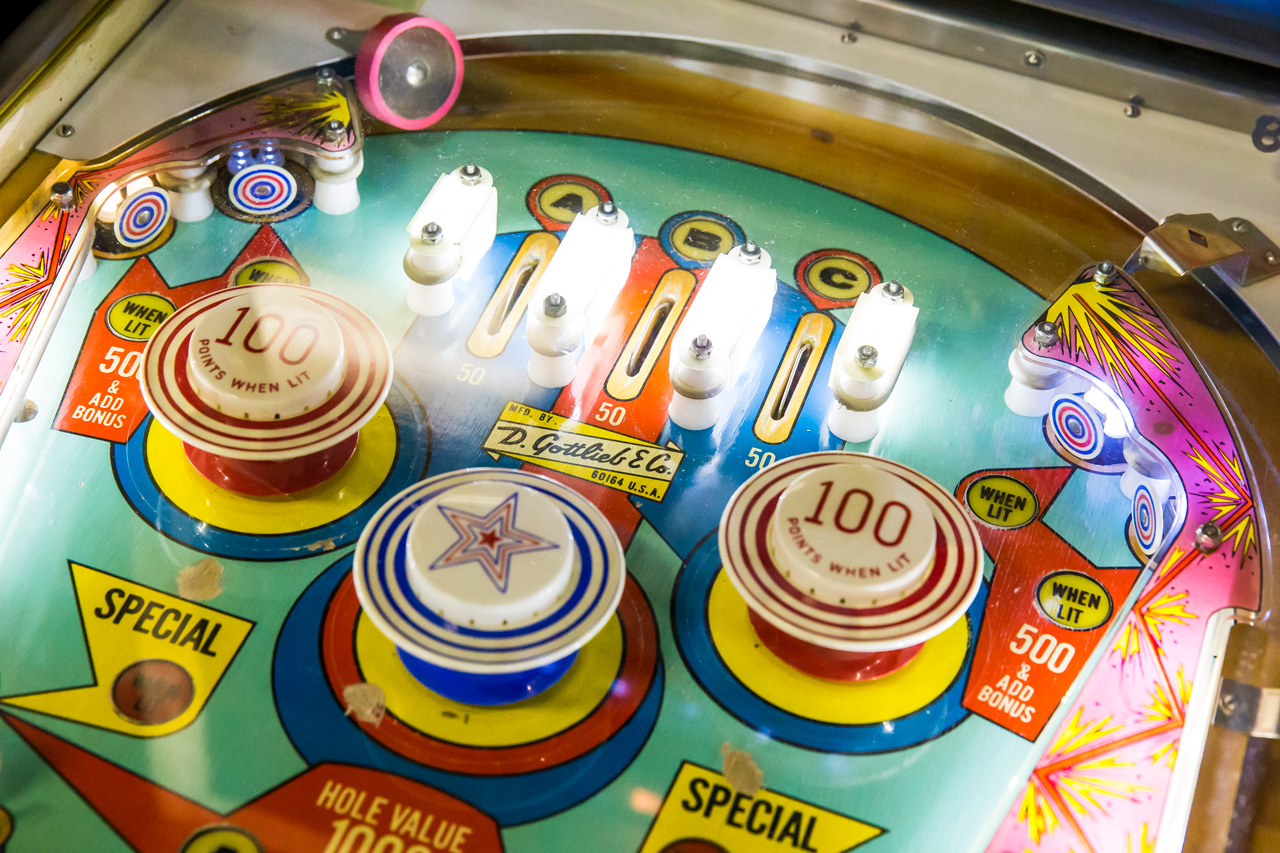 Every year I visit the Pinball Hall of Fame in Las Vegas. Among the old Williams and Midway flipper machines that so many fetishize are the old arcade games, the Dig Dug, the Star Wars, the Elevator Action. It’s a mausoleum dedicated to spilled pixels, a ground soaked with digital blood.

I go back to celebrate and to mourn. I go back in the Las Vegas heat and remember those mornings with my grandmother’s quarters lined up on the edge of the screen, waiting for the next sortie of TIE Fighters, for Old Ben to remind me to use the Force.

And, for a moment, I’m back again and I’m happy.