Twtrland, which wants to make comprehensive social media analytics easy to understand, has raised $1.5 million in new funding from Altair, GIG, and TMT. It is also rebranding as Klear, since the platform now looks at data from Facebook and Instagram in addition to Twitter, and plans to integrate other social networks, including Pinterest, Google Plus, and LinkedIn.

Along with an earlier seed round, its latest funding brings Klear’s total raised so far to $2 million. The startup, which launched in 2012 and is based in Israel, will use its new capital for sales and marketing, concentrating mainly on growth in the United States and United Kingdom.

Founder and chief operating officer Guy Avigdor says the startup plans to target two groups of potential users: companies that already use competing tools but want less complicated analytics, as well as small- to medium-sized businesses that haven’t signed up for any analytic platforms yet but want to increase their social media presence or run more effective campaigns. 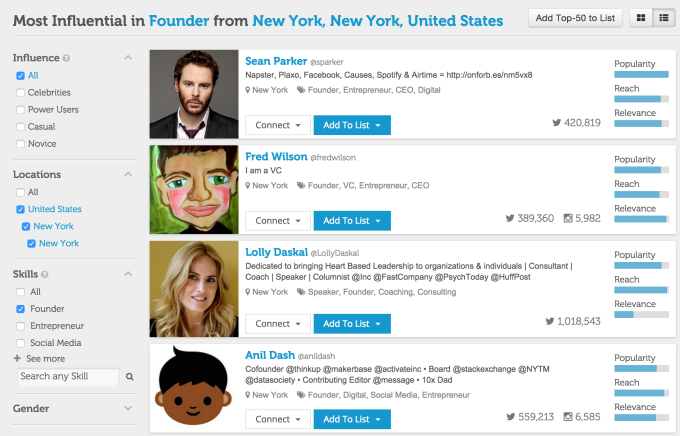 “Most of the tools on the market today are either extremely complex or very expensive,” Avigdor tells TechCrunch. “What we offer is a simple yet smart solution that opens up a market that was otherwise not available.”

While Twitter has also been busy building its own analytics tools, Avigdor believes that Klear’s platform is complementary and will not be a direct competitor.

Klear differentiates by trying to make its analytics as, well, clear as possible.

It has a database of 200 million social media profiles divided into 60,000 categories, but users can quickly find the most relevant accounts using Klear’s search engine—for example, people who are interested in fashion who live in New York City, or people based in Hong Kong who run influential Twitter accounts about technology.

It also lets companies track how their competitors are doing on social media, what strategies have worked (or failed) for them, how their own campaigns are performing, and important events and hashtags.

The startup monetizes through several monthly subscription plans that range from $99 to $599, as well as custom analysis for enterprise clients. It currently has 500 paying customers, as well as two million monthly visitors to its free social media tools.