Palo Alto-based Curbside, a company offering a mobile app that allows shoppers to buy from local retailers like Target and Best Buy then pick up items at stores without exiting their car, is today announcing the close of $25 million in Series B funding. The round was led by Sutter Hill Ventures, and includes participation from prior investors Index Ventures, Yahoo co-founder Jerry Yang’s AME Cloud Ventures, Qualcomm Ventures and others.

The funds will be used to help Curbside expand its operations and roll out to new markets and stores, the company says. Curbside had previously raised $9.5 million.

Curbside’s service is currently available at select Target and Best Buy stores in the San Francisco Bay Area, as well as the Westfield Mall Oakridge location, where a number of retailers are on board. More recently, the startup expanded to its second market, the New York metro region, where it now works with three Target stores based in New Jersey and more planned for the future.

The company is also poised to announce the launch of two more national retailers coming online with its service, which it’s not yet permitted to disclose. However, both are large retail chains with over 1,000 locations each.

In total, Curbside works at 25 locations today, but with these forthcoming additions and other planned expansions, that number is expected to reach 40 by the end of July, the company tells us. And later this summer, Curbside plans on launching in L.A., as part of its roll out to the top dozen metro regions in the U.S. which will continue in the year ahead. 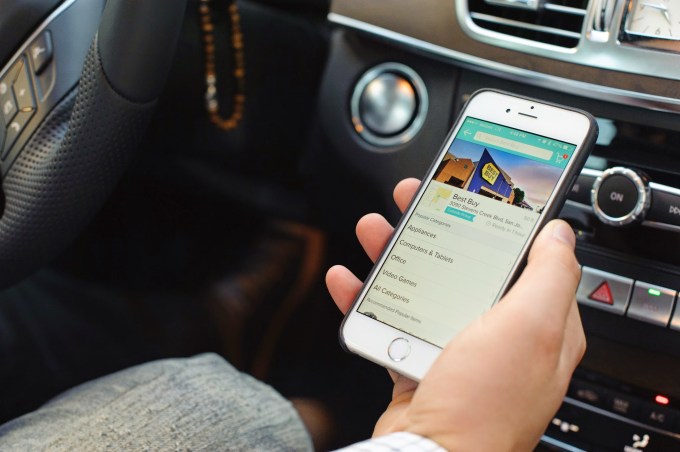 Curbside’s growth comes at a time when Silicon Valley is buzzing over same-day delivery startups that offer anything you could want – from Amazon products to groceries and much more – all available with a push of a button. But Curbside founder and CEO Jaron Waldman believes there’s more potential with local pick-up. (He’s not the only one – Walmart’s e-commerce arm is also testing curbside grocery pickup around the U.S., for example.)

“We’re building an asset that’s really valuable – we’re getting a handle on what’s in stock in local stores. I think that’s a really important piece of the whole puzzle,” Waldman explains. And while he believes that same-day delivery will be a big market, pick-up will be even bigger in the long run, he says.

Or, to put it more bluntly, same-day delivery with its increased fees for the convenience of instant gratification is something that today appeals to wealthier customers. (And Silicon Valley has a lot of those.) Elsewhere around the U.S., consumers may find that free, curbside pick-up is a decent alternative which still eliminates the hassles of having to park, walk in (often with kids in tow), then wait in lines at customer service before being able to get your purchased item to your vehicle.

However, Waldman adds, even if he’s wrong and someone cracks the economics related to same-day delivery, there will still be partnership opportunities for Curbside in the future, he says. 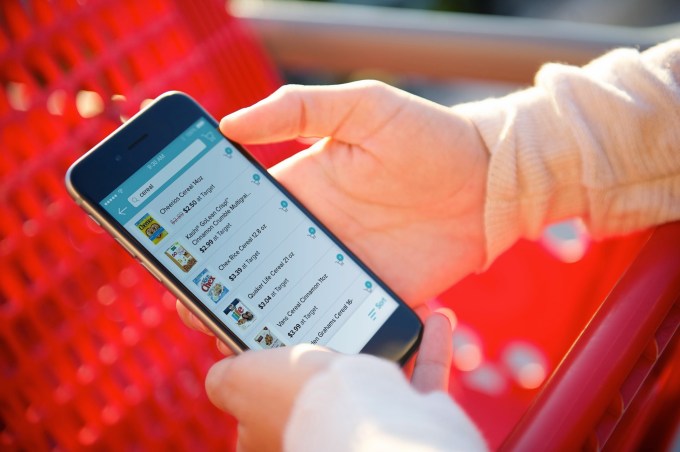 Curbside’s service to date has appealed to younger shoppers, ages 25 to 35. Around 60 percent of its users have been female, perhaps reflective of its partnership with Target, where shoppers have often ordered diapers, baby items, and toys while on the go.

While Curbside isn’t releasing sales figures, it says it’s seeing over 50 percent month-over-month growth, and over 55 percent of users have returned to make another purchase. Retailers like the service because it brings them new customers, notes Waldman, including those customers they hadn’t seen in their ecosystem previously. Plus, Curbside sustains itself by taking a commission from the sales, similar to online affiliate fees, so there’s not much risk on retailers’ part to participate.

Now that the company has the additional investment, it’s focusing on growing its business. This includes hiring in operations, business development, and other key marketing roles to grow its now 90-person team. (Of note: 85 percent Curbside’s retail team are full-time employees, and the rest are part-time. Today, many on-demand companies still rely on contract workers to shuttle goods around – a decision that allowed them to scale in their early days. But it’s expected that laws and regulations will eventually catch up to these new business models, and will force changes.)

“Curbside represents the future of mobile commerce,” said Jerry Yang, in a statement about his investment in the company. “Curbside is primed to fundamentally change the way people shop – by creating a seamless way for consumers to access products from local merchants by successfully developing complex location and inventory technology.”