In anticipation of a likely 2017 IPO, Invoca, a call marketing automation company based in Santa Barbara, Calif., announced Thursday that it has hired Mark Woodward to lead the company as CEO. 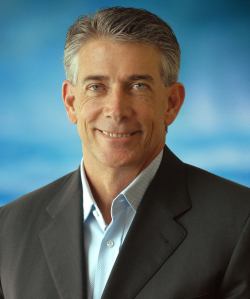 Woodward, an entrepreneur who has served as CEO for two other public companies, E2open and Serena Software, was appointed by the founder and current Chief Executive, Jason Spievak, to “drive the explosive growth” and scale of the business, as it moves towards “what it expects will be a 2017 IPO,” according to a press release.

“I was the right guy to start Invoca and lead it to a sustainable business doing tens of millions of dollars in revenue,” said Spievak, who will remain full-time with Invoca as the Executive Vice President and Chairman, in a press release. “But at our current growth rate, I want a partner to help Invoca maximize growth and to provide experience building for massive scale. When I met Mark, I knew we had found the right leader for this next chapter of our rapid growth and global expansion.”

Invoca, a nearly eight-year-old company which gives marketers call analytics for inbound calls, has been in a period of pretty explosive growth over the past several years. The company, which has raised over $30 million in from funds like Accel, Upfront Ventures and Rincon Venture Partners, has seen SaaS revenue grow 100 percent year-over-year (and is on track to see it double again in 2016), all while driving “over $5 billion in revenue for its customers.”

Investors are confident that the leadership change is the right move for the company at this time, especially as it looks towards a 2017 IPO. Mark Suster, a managing partner at Upfront Ventures who led the first institutional investment in Invoca, told TechCrunch in an email that he believes Woodward’s past experiences as CEO, particularly his time leading E2open through its IPO, make him particularly apt to help lead Invoca at this time.

“We need somebody who understands large, institutional investor needs and who has built trust and confidence with them,” Suster said. “It takes at least a year of [IPO] filing, getting reporting in order, getting to know institutional investors and preparing SEC materials. So it was important that Mark join well before this effort and as we expect to double staff and expand offices.”

For his part, Woodward seems excited for the opportunity to join Invoca at this particular stage of growth.

“With mobile phones now such a significant part of how we all live our lives, it’s no wonder that Invoca has grown at the rate that it has,” Woodward said in a press release. “It’s so rare to have the opportunity to join a company as CEO that not only has such a big vision, but that also retains the full support of its founders and possesses such a great roster of management, investors, and board members. I’m excited to help lead the next phase of this great SaaS company.”