One aspect to the “Silicon Valley jerk” mythos is the inevitable purchase of a the bright red supercar — of the young entrepreneur taking advantage of his or her company’s new valuation to purchase that Ferrari they’ve always wanted.

So when we randomly got an invite to a Bay Area preview event for McLaren’s new $3 million P1 GTR a few weeks ago, we had to attend. Who could be there? Would we run into some familiar startup faces? Some venture capitalists who’ve managed to beat the S&P 500 and felt like rewarding themselves?

After an afternoon drive to Marin, our video team pulled into a parking lot full of cars worth anywhere between 15 and more than 60 times the price of my little Corolla. There were McLarens, Ferraris, a Lotus, and a couple of Porsches. These weren’t just car nerds hoping to see a fancy new model — I jokingly asked a few people in attendance if they were considering putting down a six-figure down payment (because that seems absurd to me) and received several flat “yes” responses. 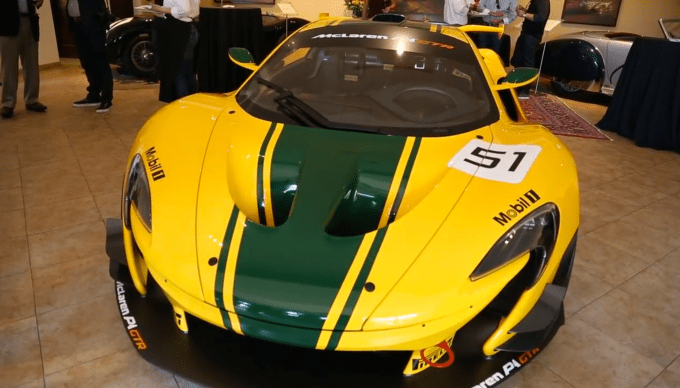 The McLaren P1 GTR, a car for people who can afford Bay Area real estate.

But the crowd certainly wasn’t full of twenty-somethings looking to spend their new millions. We discovered over the course of the evening that the only people invited to buy McLaren’s new P1 GTR were customers of the street-legal P1. That’s a hypercar itself, so these were people with a history of buying crazy-excessive vehicles who wanted something with such insane performance that it can only be driven on the track. While there were a few people involved in the tech industry, they were VCs and the kinds of bankers who help take companies public.

After some idle chit-chat with guests, we had a chance to interview Chris Goodwin, Chief Test Driver at McLaren. In addition to taking out prototypes to see how they perform on the track, he also contributed to the engineering that went into the P1 GTR, from its carbon-fiber interior to the hybrid-electric powertrain that collects energy as the car slows to give on-demand boosts of torque when needed.

Goodwin’s story echoes one heard frequently around Silicon Valley. A few years into studying mechanical engineering at Oxford, he says he came up with a better idea: driving cars for a living. He drove race cars for McLaren and other car companies for 30 years, and now he gets to combine that experience with his technical training to help design some of the most impressive vehicles people can buy.