Instagram is ready to make some serious money. After a year and half of format experiments and basic targeting, Instagram is giving advertisers much more powerful tools. Those include “Shop Now”, “Install Now”, and “Sign up” buttons, interest and demographic targeting, and an API for efficiently managing huge campaigns.

Since their launch in October 2013, Instagram’s ads were best for big brands who just wanted you to remember them. Now they’ll work much better for direct marketers who want you to do or buy something. The API will let ad agencies easily spend more, and interest targeting based on who you follow on Instagram and Like on Facebook could let the photo network compete with Twitter’s Interest Graph for ad dollars.

For Instagram users, the most obvious change will be the new formats. They’re called “action-oriented” formats, and they’ll appear as buttons below an image. As you can see in the mock-ups above, they’ll give you the option to buy a product, install an app or sign up for a service.

This builds on the multi-photo carousel ads that Instagram unveiled earlier this year, which also included a “Learn More” button — the first time that Instagram ads became clickable.

It’s worth noting that the buttons don’t take you away from Instagram completely. Instead, they open a mini-browser within the app, so once you’re done buying or downloading or what have you, you’ll be returned to Instagram.

Instagram has historically tried to keep users in its app, which is why it won’t allow its photos to appear in-line on Twitter. Its Global Head of Business and Brand Development James Quarles tells me it’s trying to uphold that philosophy of a smooth, straightforward browsing experience. “Instagram is not an index or collection of the web where syndicated links matter, it’s about photos people take. You’re not retweeting, regramming, or passing a link on” Quarles tells us. “In these cases where there are businesses…we think that it’s a very lightweight experience to go into an in-app browser…and then come back to the app. We’re staying true to the values of simplicity.”

What about Instagram actually processing ecommerce payments inside its app the way Facebook is testing? “We’re not announcing in-app commerce today” Quarles says. Still, he admits “we’re watching the space closely. We want to help reduce the friction from the point of inspiration to transaction.”

As with all of today’s announcements, Instagram plans roll the new formats out gradually, starting with a test later this week in Spain. 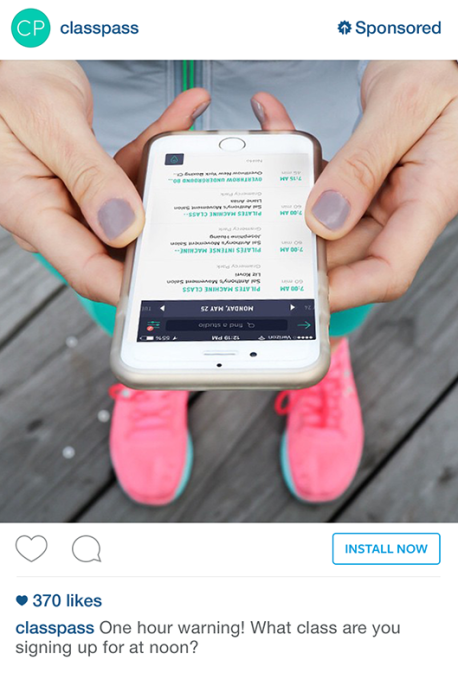 The new targeting, meanwhile, also expands on the existing connection between Instagram ads and the user data in Facebook (which owns Instagram). Previously, Instagram advertisers could target ads based on age, gender and country. Over time, they’ll be able to tap into a wider range of demographic and interest data, plus target based on “information businesses have about their own customers”. That last part sounds a lot like Facebook’s Custom Audiences ads, that can be targeted to people corresponding with a list of email address provided by the business.

In case the ads are getting a bit creepy or annoying, Facebook says “We will also improve the feedback mechanisms within Instagram to give people greater control and improve the relevance of the ads they see.

Lastly, Instagram says it wants to make its advertising available to businesses large or small. That means integrating Instagram with Facebook’s ad-buying tools, as well as launching an Instagram Ads API. The API will plug Instagram into the broader ecosystem of social ad platforms.

This way, heavy advertisers can programatically control tons of ad variants and targeting options to optimize for what works best, rather than having to manually manage them. The API could foster an ecosystem of third-party Instagram ads management tools designed specifically around optimizing the visual creative aspect of the campaigns.

So how big a deal is all of this? “The most important part of this announcement is that Facebook is now ready to scale Instagram ads, and they have the playbook to do so from their success scaling people-based ads across their existing products and the web” says Michael Lazerow, co-founder of Buddy Media and now Salesforce.com’s chief strategy officer.

Facebook’s first ads were bought by Apple, but with time, it built out tools for a wide array of businesses. Now Instagram is doing the same. Quarles says “A big part of this strategy is to move from the few hundred of the biggest advertisers to many thousands more.” Developers could be the cash cow, just as they’ve become for Instagram’s parent company. App Install ads helped Facebook earn $2.4 billion on mobile last quarter, and now they’re coming to Instagram.

Lazerow concludes “This is the most significant development in Facebook advertising since Facebook opened up its mobile Audience Network in October 2014.”