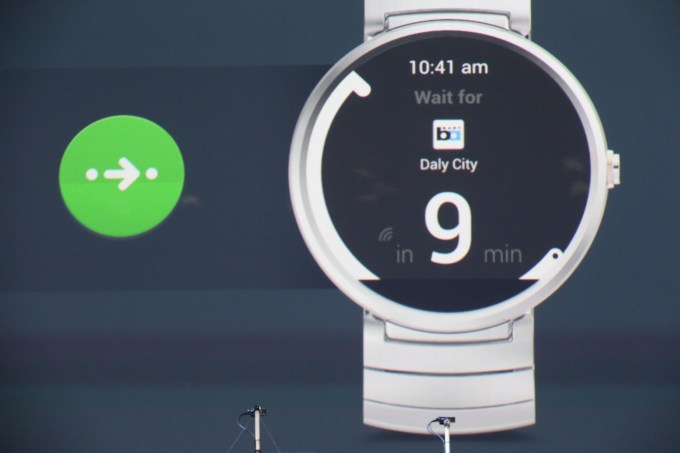 Google just demonstrated the next evolution of Android Wear, its operating system for smart watches.

The focus of the updates shown here at Google IO (which will roll out over the next few weeks) is putting more information a single glance away. Google’s implementation has information stay on your screen as long as you need it — if you’ve got a shopping list, it’ll stay on the screen for the entire time at the grocery store in a low-power black-and-white mode. If you use Citymapper to route your way to a destination via public transit, it’ll show directions until you get to a point where you no longer need them.

In addition to showing information as you need it, the update to Android Wear will reduce the amount of time you spend fiddling with your watch to catch up on notifications. Instead of using your other hand to swipe through updates, you’ll soon be able to flick your wrist to hop between notifications.

Google also announced that it’s bringing emoji detection to Wear from Android proper. Instead of verbally describing the face you’d like to send a friend as a quick response, you’ll be able to draw a simplistic version of the emoji on the watch face and the OS will automatically detect which you were hoping to send.