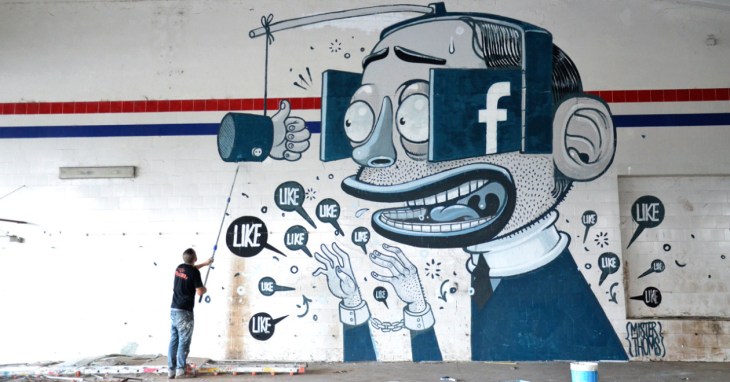 I know this sounds crazy, but what if authors and artists didn’t just pump their work into Facebook for free? Yeah, it built the pipes, but that doesn’t mean the water’s not worth money. The content keeps people coming back to Facebook’s News Feed, which is filled with expertly targeted ads. Right now, all creators get in return is referral traffic.

For some content businesses that run on ads like news websites, that trade might be acceptable. The New York Times has a sales team that can turn those clicks into capital. But the News Feed economy can be brutal for some creators. 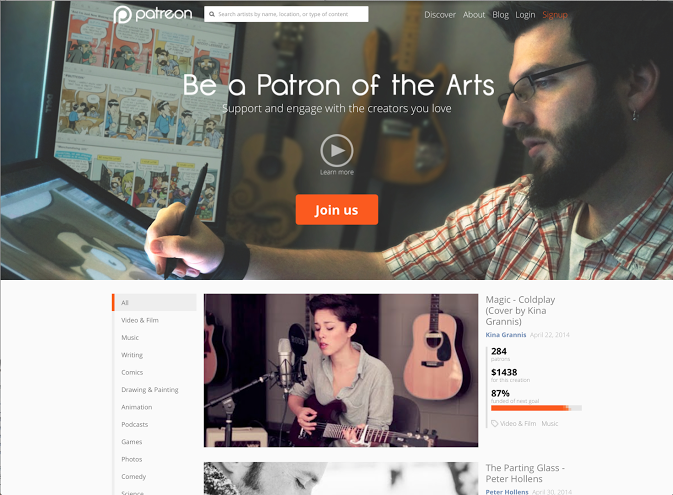 If you’re a filmmaker or photographer, Facebook can easily vacuum up your content, distributing it within its walled garden without sharing the revenue. Only now with Instant Articles is Facebook giving publishers a cut, and only in exchange for full-on hosting the content within its app. Sure, creators could try to boycott Facebook, but it will always have some else’s content to show. You either get down or lay down.

Several services have cropped up to help creators get paid directly by their fans. Memberful and TinyPass make it easy to set up a paywall and sell subscriptions to premium content. More interestingly, Patreon lets fans pledge to donate a certain dollar amount to the creator every time they release a piece of content, like $1 for each song or video.

Investors are starting to believe in this alternative to record labels and other intermediaries between artists and patrons, pouring $17 million into Patreon. Kickstarter and Indiegogo have grown huge, but their one-off project style doesn’t work for creators who need ongoing funding to consistently release work. 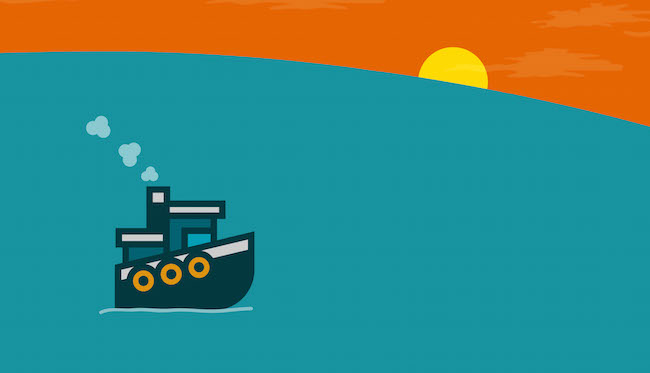 Until this week, there was another player in this patronage payments market: Tugboat Yards. It was backed by prestigious funds like Greylock and Andreessen Horowitz. But then Facebook acq-hired its founder Andrew Anker and shut it down.

Anker wrote in his announcement of the buyout that “we will be joining the Facebook product team to work on media products such as news and video. Our initial reason for starting Tugboat — that there was a missing audience management platform for small to medium publishers — remains valid three years later. We are excited by the opportunity to work on solving these problems with a much broader scope at Facebook.”

At Tugboat, Anker was solving these by letting publishers sell subscriptions for gated access to certain content, set up a merchandise store, or put out a digital tip jar.

At Facebook, similar tools could reach an enormous client-base. Practically every person and publisher on the Internet already has an account, and knows Facebook’s content distribution channel, the News Feed. 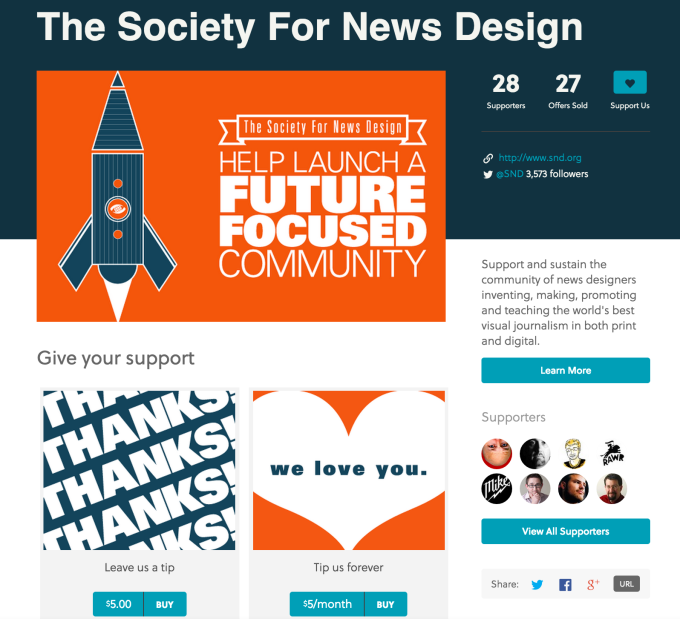 There are a few ways I could imagine Facebook going with this.

First, Anker might simply serve to help Facebook better understand what publishers need help with around monetization, and subtly build those into its existing product. That could include making Facebook’s new Instant Articles better at turning casual visitors into loyal readers. Building that bond on their own sites is one thing publishers sacrifice in the name of faster load times. Anker could keep publishers from feeling like Facebook is cutting them out of the relationship with their audience. 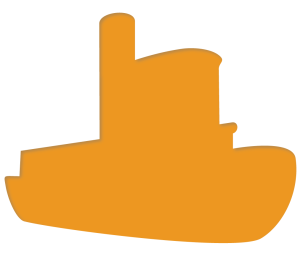 More aggressively, Facebook could produce tools for monetizing publishers’ and artists’ content in a similar way to how it offers development, growth, and monetization tools for app makers through its acquisition Parse. If Facebook lent a hand with monetizing the traffic it sends publishers in more ways than just letting them serve its ads, they might feel more comfortable relying on Facebook as a distribution channel. Imagine a paywall designed to show you which friends have subscribed and the great content they’re consuming that you’d get access to if you paid.

And if Facebook really wanted to go hard at patronship, it could build out a full-fledged competitor to Patreon that might also step on the turf of new creator platforms like Vessel. Perhaps Facebook would let Pages offer paid subscriptions for exclusive or early access to content delivered straight through the social network. Rather than having to track down content from their favorite creators, patrons could let content they’ve funded flow right to them in the feed.

Allowing Facebook to host your videos, photos, or articles wouldn’t sound so scary if it was bridging you to payments from your biggest fans.

Facebook is on a quest to absorb the Internet. Between its new mobile payments system, rapidly-scaling video infrastructure, and Instant Articles, Facebook’s built a shiny set of new pipes to do just that. Working to pay those who pump the content could make sure those pipes stay full.