Apple has updated both the 15-inch MacBook Pro With Retina Display, and the 27-inch iMac, with new specs that include Intel Core processors, as well as a new Force Touch trackpad for the MacBook, which provides opportunities for unique input via a secondary, deeper click, as well as Apple’s trademark “taptic” feedback, which makes it feel like the trackpad is physically clicking even though it is not. The 27-inch iMac with Retina Display now starts at $1,999.

The new 15-inch Retina MacBook Pro has new PCIe-based flash storage that provides up to 2.5 times the performance of its predecessor, and the battery contained within will get you an extra hour of usage, rating the overall life at up to 9 hours of web browsing or 9 hours of local iTunes movie playback. There’s a discrete graphics option, too, offering an AMD Radeon R9 M370X GPU. 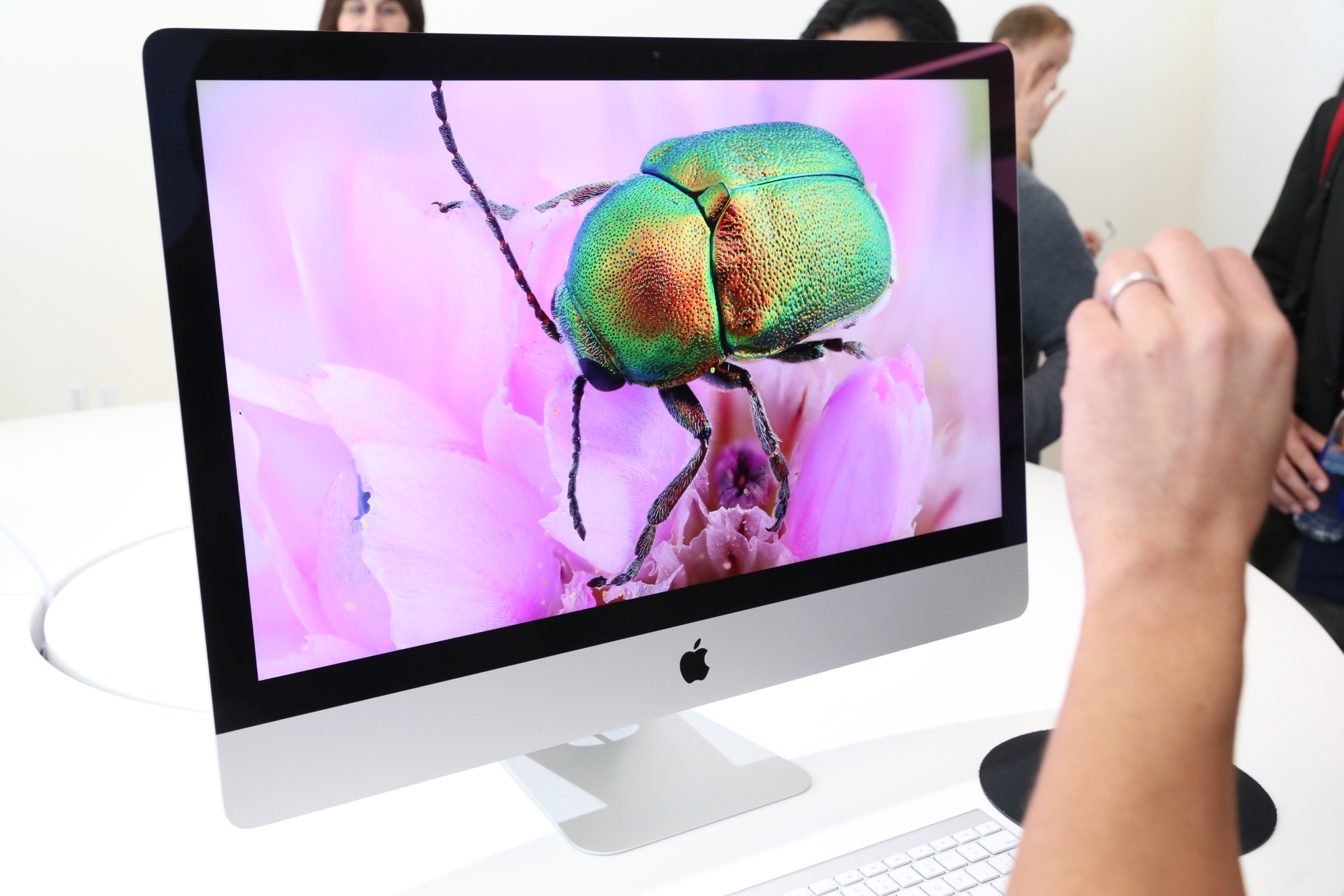 The new iMac has that same 5120×2880 5K Retina display that Apple debuted last year, and now there’s a 3.3 GHz quad-core Intel Core i5 processor within, as well as an AMD Radeon R9 M290 graphics card. The base model has 8GB of RAM and 1TB of standard HDD storage, which replaces the Fusion Drive and probably helps drive costs down. The higher-end model now starts at a reduced price of $2,299, with a 3.5GHz Intel Core i5 processor, AMD Radeon R9 M290X graphics and that 1TB Fusion drive, again with 8GB of RAM.

Apple updated the 13-inch MacBook Pro with Retina Display with improved processors, GPU and the new Force Touch trackpad back in March, at an event where it also detailed its retail plans for Apple Watch and introduced the brand new 12-inch MacBook. Both that MacBook and the Apple Watch also use Force Touch technology, which uses pressure sensitivity to trigger additional input commands via secondary, deeper clicks.

On the Watch, Force Touch often exposes additional actions that would be clumsy in a standard, swipable interface on the small screen. On the MacBook, including now with this updated 15-inch Retina model, it enables new actions like previewing links and looking up Wikipedia definitions of words in Safari, as well as previewing Map locations and Calendar events. Developers also have access to Force Touch tech, allowing them to do additional things with pressure-based trackpad input.

Apple’s Mac sales were up a good amount this past quarter versus the same period a year ago, and its notebooks are leading the charge. The addition of Force Touch might provide a compelling additional boost to sales of the MacBook lineup, since it could potentially open up a lot of new functionality for users, especially when developers start more fully incorporating it into their own apps.

Both these new machines are on sale now directly from Apple.