Personal finance company Credit Sesame is announcing today that it has raised an additional $16 million in an oversubscribed Series D round of funding, with plans to raise more – as much as $20 million – in the near future. The company, a prior TechCrunch Disrupt Battlefield participant, was one of the first to market with solutions that allow consumers to monitor their credit and score, protect themselves against identity theft, and reduce their debt through credit and loan management services.

The new round was led by Syncora Alternative Investments, with IA Capital Partners as its advisor, and also included participation from investors Menlo Ventures, IA Capital, Globespan Capital, Inventus Capital, and other high-profile angels. This brings Credit Sesame’s total raise to date to over $35 million.

While many in the personal finance space have focused on helping people manage their money and investments, Credit Sesame has instead targeted the liability side of the balance sheet, explains CEO Adrian Nazari. That has put it in competition with others offering consumer debt management or credit monitoring, like Credit Karma or ReadyForZero, for example. 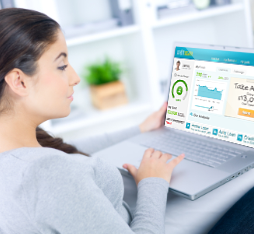 But for consumers, having a competitive market for services that help them become more financially stable is definitely a good thing. Consumer debt today is over $14 trillion, the company notes, including mortgages, credit cards, student loans, car loans, and home equity lines, and much of it is financed at high rates.

Credit Sesame’s service, which is available online and on mobile, offers consumers a way to track their debt, their credit, and their loans. And, when applicable, it can recommend savings after it analyzes a consumer’s individual debt situation, by pointing to other credit cards and loans that have better terms or lower interest rates, for instance.

The company now has $50 billion in active user loans under management, up from $20 billion in 2012, and over $2 billion in consumer loan originations by its partners on the platform, which helps it to monetize. And that growth is accelerating.

“It took us a few years to get to $50 billion active loans, and we believe that we believe we’ll be about to double that in the next 12 months, and maybe even before the end of the year,” says Nazari.

While the CEO won’t discuss the revenue specifics, he would say that, last year, Credit Sesame saw three times revenue growth and seven times growth in the alternative lending vertical.

Today, 70% of the users that arrive on Credit Sesame’s site are looking to improve their credit, but when they drill down on what that means to them, it leads to a variety of secondary goals related to other things that the company can help with, like consolidating or reducing debt, getting better rates on loans, and so on.

Credit Sesame offers a number of free products in these areas, but also offers a way to upgrade to premium services that provide more protections and features. 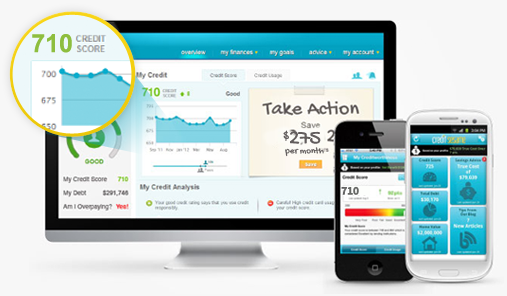 The additional capital is being put to use to speed up customer acquisition, plus expand its credit and loan management services as well as the Credit Sesame team, which is now over 50, and will roughly double in size in the next 12 months. The company is also expanding its offices in San Francisco.

Meanwhile, on the product side of the business, Credit Sesame is poised to announce a few new additions to its line-up at the Finovate conference, including the debut of an Apple Watch app that can alert you to identity theft, credit alerts, and goal progress; Credit Sesame’s integration with Siri so you can ask your device about your credit score; and a new product aimed at the millennial audience, which will soon be detailed.