Imagine you’re dreaming of buying a new car. You see a commercial on TV with a phone number where you can text your questions, but the answers aren’t coming from a human. They come from a smart system fueled by artificial intelligence and natural language processing (NLP).

That’s what DigitalGenius, which presented onstage at Disrupt NY, can do. The tool carries on a human-like conversation with people via SMS. As you ask questions, the system walks you through the sales funnel to the point, in the case of a car, it could direct you to a dealer in your area.

The platform is made up of several artificial intelligence modules. It analyzes the question, then directs it to the correct one.

“We have a questions classification system based on neural networks and deep learning  trained to understand questions,” company president and chief strategy officer Mikhail Naumov explained. “The algorithm understands it’s a pricing question. Once it understands it’s  pricing, it routes the question to the specific AI module to answer about pricing.”

One use case for the system is customer service automation in instances where the call center personnel are answering the same types of questions all day long. Instead of having a human repeat this information throughout the day, the system provides a level of automation and intelligence to enable interactions that feel like actual conversations.

Other use cases include automated onboarding, machine-to-machine communication and customized in-store experience.

From Russia With Love 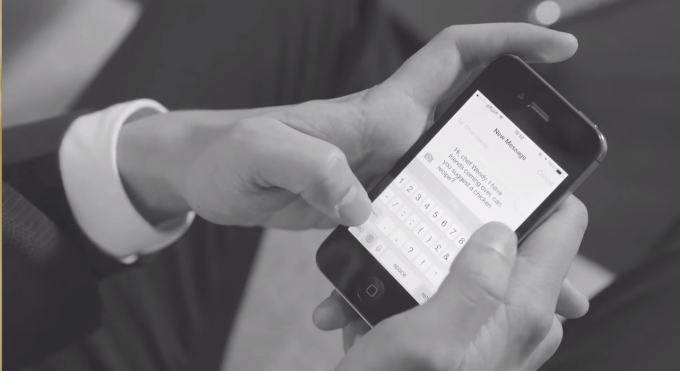 The 22-year-old founder, Dmitry Aksenov came up with the idea for the company while still in college in London. He had been studying robotics and artificial intelligence since he was a child in Russia, participating in international competitions. Eventually, he ended up in high school in London after convincing his parents that it was a much better place to pursue his passion around robotics.

The original concept of DigitalGenius helped bring automated customer service to coffee shops and other small businesses providing answers by phone to simple questions about location, hours, menu and so forth. Aksenov decided to take that idea one step further and build a smart platform for having automated conversations via SMS. DigitalGenius originated in the proverbial dorm room when Aksenov was still a college student in London. He was doing it all himself initially, but once he landed BMW as a customer, he had to start hiring more employees. Other early customers include an unnamed bank and Unilever. 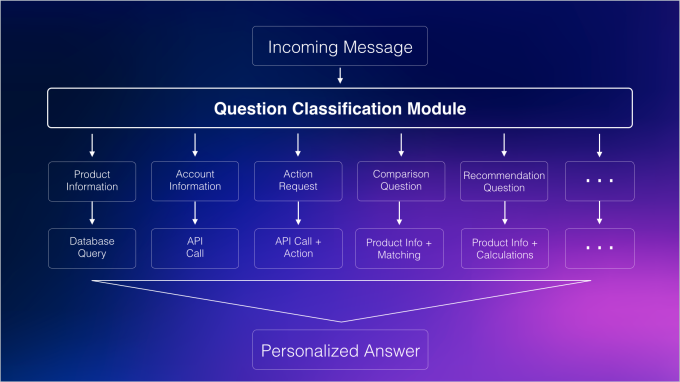 Customers provide DigitalGenius with structured and unstructured data about the products or services, which it imports into its system and begins wrapping it into linguistic models that will enable these conversations.

“Linguistic architects work with each account. If there are improvements that need to be made. There are people on board working on them,” Naumov said. The system typically gets deployed in private clouds, but in the case of a banking customer, it’s on-premises.

Before the system goes live, the company has customer employees stress test the system and try to break it with the hardest questions they can come up with in order to fine-tune it.

Aksenov and Naumov came to the U.S. about year ago and today have 20 employees divided between London and New York. The company has managed to bootstrap to this point with revenue it has generated from its initial customers, other than a $250,000 convertible note it received last fall. It is in discussions about further funding to help the company grow faster.

“We have just enough traction to be relevant,” Naumov said. “Customers can take us seriously because we have deployments with big cases.”

Naumov says he’s excited to be a part of Battlefield. “It’s one of the best collections of brightest people in technology. Being a part of this event can help us learn and advance our company,” he said.

“There’s going to be amazing companies presenting. It’s nice to get our name out, make connections and see what others are doing.”

Q: You talked about when you were bringing up a new vertical, training on chat data. Could you talk a little more about on-boarding and how that works.

A: Sure, initially we’ll go in and have a conversation. Typically the client is from the business unit, so if it’s customer service automation with a major telco, we talk to an SVP who is responsible for deploying new mobile technology — and there is also a senior sponsor of this initiative.

We have a meeting, and it becomes apparent what kind of data they want to conversationalist. Lot of data, a lot of historical chat not being used. We take all that data in-house Ingest it, process it and wrap it in linguistic structures, which we can utilize and have conversations through different channels.

Q: Take one more minute to describe on boarding. You show up and you say shows us a script of all the conversations you’ve had. How long does it take you to process? What are you doing?

A: It takes 4-6 weeks for typical deployment. What that entails is us taking a lot of data, be it historical chats, marketing language or specific data like how fast is a BMW. We take this info in house and we extract lots of information that can be extracted automatically. And for the parts that can be done automatically we have a team of NLP engineers and linguists that are transforming this data and plugging it into the platform.

Essentially what we have is an internal platform that when built allows the linguists to deploy these conversational tools without writing any code, so there’s not any code involved. It’s a graphical user interface that our linguists can use internally to plug that data in or automatically ingest it.

Q: What about conversational side? The examples that you showed were users using very common kinds of phrases. Where you are getting that training?

A: Those libraries are built in. The beauty of this technology is that you can’t just launch this off the shelf. Competitors couldn’t come in and all of a sudden do this. We have developed these modules over time with a lot of enterprise partners. It’s such an enclosed deployment. We worked with a major telco to ingest this data from them, and as soon as that module is complete it’s been trained to understand anything related to telco. We can can then redeploy and resell to other telcos out there.

Q: Really interesting. Most good customers use customer to get consumer intelligence. How are you dealing with that part of it ass you replace human feeding information into the larger system.

A: Super important. We allow the customer to select parameters and we are able to extract scores based on the information.

Q: Talk about the team.

A: We have 20 people in the company right now divided between New York and London. We went after the enterprise and first client was BMW