The reasons for infertility are varied and can be tricky to figure out, but part of that struggle may have to do with timing. Welltwigs is a hardware solution and mobile app launching on the Startup Battlefield stage at Disrupt NY today that helps women conceive by pinpointing the optimum window of fertility within her cycle.

The idea to create Welltwigs came to co-founder and CEO Murtaza Lakdawala, who was working as a biomedical engineer, after his own sister had trouble conceiving. “It was a really tough time for our family. We were frustrated with the lack of information and tools for better health,” he said. 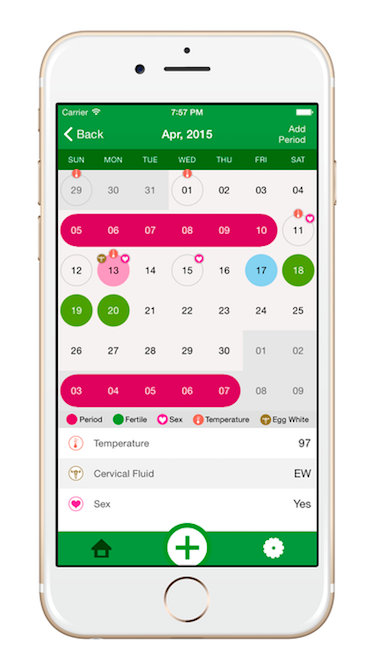 The startup has created two fertility-tracking hardware sensors, Thermotwig and Labtwig, to give women a better way to track their baby-making window. Thermotwig measures basal body temperature (BBT) and Labtwig helps check for certain hormones present before and during pregnancy.

The data from these sensors are transferred to Welltwig’s smartphone app and then processed by a unique algorithm, developed under the guidance of the head of reproductive endocrinology at the Mayo Clinic. The app then pinpoints the most fertile days to conceive and has the ability to run a pregnancy test.

There are several other apps on the market that aim to help a woman track her cycle in order to become (or prevent her from becoming) pregnant, such as the San Francisco-based Glow app with a built-in ovulation calculator and period tracker. However, Glow only connects with fitness hardware from other vendors and does not provide the hardware necessary to check BBT or hormone levels in order to more accurately predict the ovulation window.

There are a few other startups working with hardware and an app to provide the same solution as Welltwigs. Scanadu’s Scanaflo is a medical device that works in a similar manner as the Labtwig device to detect hormones present during pregnancy.

Much like the Thermotwig, Ovatemp‘s ONDO, a Bluetooth-enabled digital thermometer, works in a similar manner in that it also monitors the start of ovulation using BBT. However, monitoring a woman’s BBT is only one part of the process, according to Welltwig’s CEO and biomedical engineer Murtaza Lakdawala.

“BBT can only know your peak fertile time after ovulation. Meaning when BBT detects ovulation it’s already past your peak time to conceive,” Lakdawala said. “So this month’s data is of no use to conceive this month but can only be used next month.”

On top of that, a woman has to have a fairly regular cycle to determine the days of peak fertility in her cycle. However, the American Society for Reproductive Medicine says about a quarter of women have irregular cycles, putting a bit of a limit on tracking fertility using BBT.

Welltwigs is a more comprehensive solution because it uses BBT, hormone tracking and an app that can analyze the data to figure out the timing, according to Lakdawala. It is this combination of the fertility tracking app, Thermotwig and Labtwig that he believes is necessary for scientific accuracy.

Like many health-related connected devices intended to diagnose or provide medical information, the Thermotwig and Labtwig must both wait for FDA approval. Lakdawala beleives his biomedical engineering background and expertise in FDA compliance will come in handy during this next hurdle before going to the consumer market. 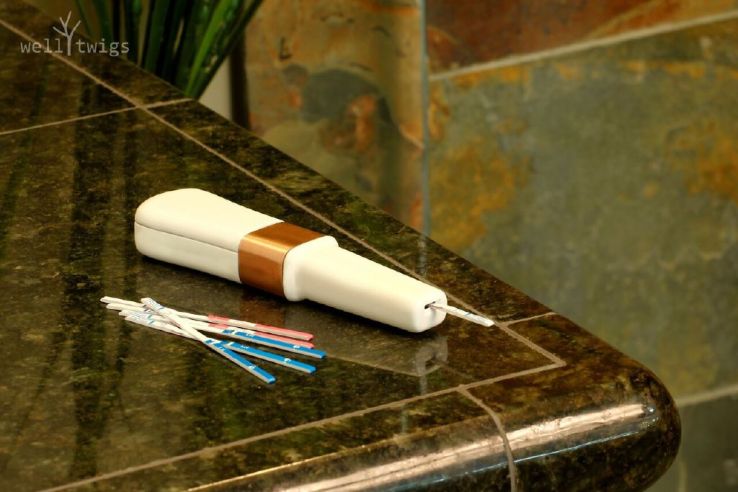