Pinterest is finally opening the doors for developers to access its information — a little bit, at least.

The company is rolling out a beta version of its development platform that will allow developers to tap into data of Pinterest users who connect their accounts to external applications. The company doesn’t plan to open the floodgates, but methodically bring in developers as part of a whitelist. Developers can sign up for that whitelist to build apps for Pinterest starting today.

When a developer taps into a user’s boards, they will get information about the kinds of things they have pinned. They can then figure out unique ways to use that information. Internally, one project involved shipping recipe data that users have pinned over to Instacart, which users could then use to order ingredients for recipes they were interested in cooking.

“We hosted an internal event to see what people in here would build on top of that, and the results were really cool,”Josh Inkenbrandt, Pinterest’s developer platform lead said. “So we realized, we need to be able to start opening this up and see what developers would want to do. We crafted our policies to make sure the incentives are aligned with developers, with Pinterest and obviously with our users. For us, an app that’s great is an app where our Pinners are the ones that are benefited the most.”

Pinterest user information is generally public (they post pins to boards that anyone can view), but the company says that apps will still require authorization from users, and those users can revoke access to their information at any point. The company has already set up a rigorous policy for new developers and says it has zero tolerance for “bad actors.”

Pinterest definitely is in a good position to do that. It can look at several other large social networks that opened the floodgates to developers — like Facebook and Twitter — only to have to pare back the influx of applications that were recklessly using user data or were very low quality and spamming users’ feeds. While the idea of a developer platform has always been on the company’s mind, it wasn’t until September when it began taking it very seriously and started building APIs. 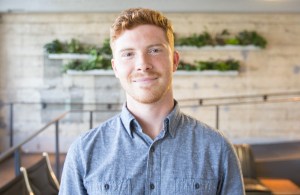 “Honestly, it has a lot to do with finding the right set of values, finding the right value exchange for everyone involved,” Inkenbrandt said. “When I joined Pinterest a little over three years ago, I think the mindset generally about platforms were, you literally just open up your APIs; you allow developers access to everything. And the learnings over the past three years have shown, while that might be good in the short term, it affects your platform in the long term if you have to close those things down, and in some cases it hurts the relationships with developers.”

Still, to say this is a boon for developers is still a bit of an understatement. Pinterest is one of the last major social networking platforms that developers have not had access to, and its trove of data is in some ways very different from Twitter’s interest graph and data Facebook has. Pinterest activity tends to be very forward-looking and aspirational — renovation ideas, recipes, and that sort of thing — which has many applications that could be very different from what developers are used to seeing.

For inspiration (no pun intended), look at the advertising component of Pinterest. Among the ad community, Pinterest is seen as a gold mine for potential partnerships. The information and usage there doesn’t really have an expiration date — it sits on the Internet forever and continues to retain value by nature. Prior to rolling out its advertising products, advertisers were salivating over the possibilities of Pinterest. It offers an opportunity for users to discover something they did not know they were interested in, something that has very natural commerce applications. Advertising against that content, and creating content natively for Pinterest, offers a massive opportunity for advertisers.

This certainly isn’t the first time Pinterest has released APIs, but for the most part they have been geared toward marketers rather than third-party developers. Just last week, Pinterest released its Marketing Developer Partners program, which gives brands more tools for creating better pins. Pinterest’s first API, released in November 2013, was first tested with large brands like Zappos and Walmart.

The company hasn’t launched with any development partners initially — the whitelist is empty. The reasoning behind that, Inkenbrandt said, was to attract entrepreneurs and developers who will invent new use cases that sit on top of Pinterest. The group will be small — in the tens or hundreds initially, he said — and then would grow methodically as Pinterest is able to handle operationally from a development and policy standpoint.

“We want to see the potential, and we think the best thing is to give it to developers,” he said.