Fitz Tepper Contributor
Fitz Tepper is a junior in the Marshall School of Business at The University of Southern California. He’s been a passionate Apple fan and developer for over 10 years, and loves covering the business-side of startups.
More posts by this contributor

Editor’s Note: Fitz Tepper is a junior in the Marshall School of Business at The University of Southern California. He’s been a passionate Apple fan and developer for over 10 years, and loves covering the business-side of startups.

Thursday night at around 8pm I settled in line to wait for the launch of Apple’s newest device, the Apple Watch — just as I’ve done for every Apple launch for the past 12 years.

Like the lines for most Apple launches, the crowd was diverse: a mixture of die-hard apple fans, self-confessed scalpers, and even a few local Apple Store employees themselves.

The first person in line was Richard Ryan. Ryan is a staple at launch days and was promoting his YouTube channel FullMag, which boasts over a million subscribers and is famous for its videos showing Ryan destroying coveted tech devices with a rifle.

While the atmosphere outside the store was generally similar to previous launches, a glaring difference was the fact that I wasn’t waiting outside of an Apple Store. I was sitting on the sidewalk outside of the upscale fashion boutique Maxfield, on trendy Melrose Avenue in Los Angeles. 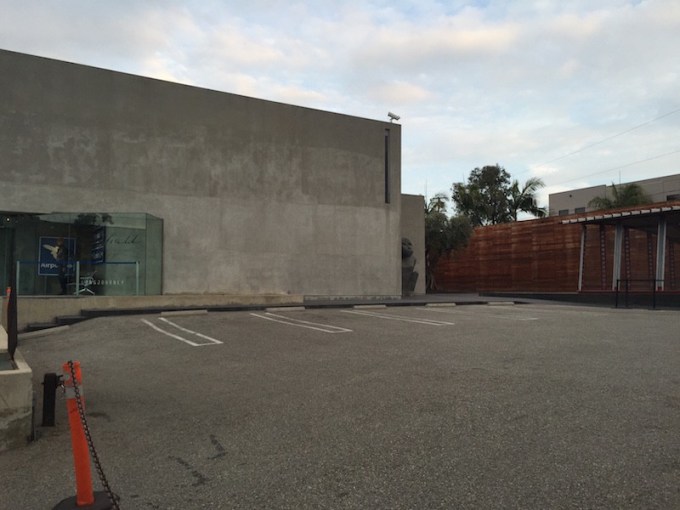 For the first time, none of Apple’s 453 own retail stores were carrying stock of a new product on it’s launch day.

Instead, the company made the decision to supply launch day stock to six upscale fashion boutiques in Tokyo, London, Milan, Paris, Berlin, and Los Angeles. These stores specialize in high-end fashion — only a few sell watches, let alone electronic devices.

The Maxfield store is a standalone concrete building, with no windows or traditional window displays. Inside you’ll find clothes from upscale designers like Rick Owens, Balmain, and Givenchy…all brands where just a pair of pants can run upwards of a thousand dollars.

People have guessed that the decision to stock high-end boutiques like Maxfield came from Angela Ahrendts, the former Burberry CEO who is now Apple’s VP of Retail. For the Apple Watch, the strategy seems to be working. A few people I talked to in line never waited on launch day to buy an Apple product before. One person I spoke to described himself as a “big fashion fan,” who frequently camps out for sneaker and streetwear launches. 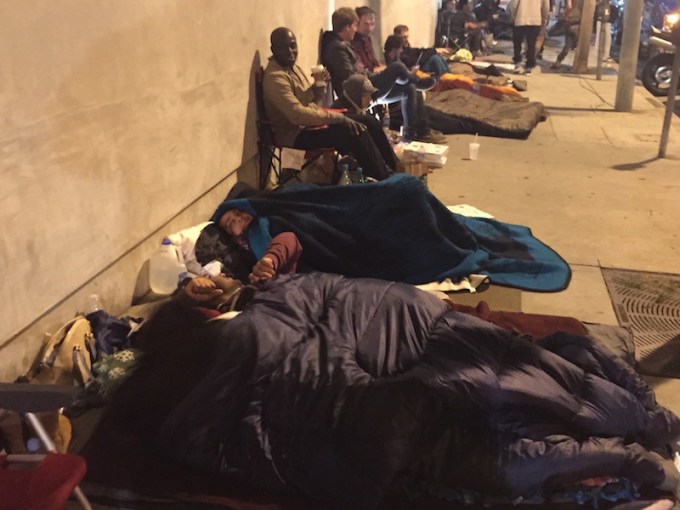 While the decision to stock fashion boutiques before Apple Stores may have pleased those interested in high-end fashion, most hard core Apple fans in line that I talked to were disappointed by the decision.

The general consensus within the line is that Apple’s entire preorder process was a slight to its early adopters. Like myself, many in line are die-hard Apple fans who normally would have been waiting outside of their local Apple Store. This frustration extends to Apple retail store employees too, as the one I spoke with in line told me that employees at his store are “definitely disappointed” with Apple’s decision.

However, even more interesting is the fact that practically every big Apple fan I’ve talked to in line had already preordered a watch. Most had placed an order within minutes of the 12am online release, and were disappointed when they found out they wouldn’t be receiving the watch for up to 3 months after the launch date.

Confusion Among The Crowd

Details surrounding the launch were also more nebulous than the Apple diehards would have liked. Multiple people I talked to had already been into an Apple Store to try on the device, and were originally told by Apple Staff that the stores would be carrying stock on launch day.

There was no more clarity on the ground at Maxfield before its doors opened. Some had called the store earlier in the day and been told that once the store opened at 9AM people in line would be given a reservation time and told to return at a specific time in the future to make their purchase. Others were spreading a rumor that you needed an exclusive “Maxfield Charge Card” to purchase a watch.

Some people I talked to were more optimistic, expecting a traditional Apple launch. While most of these answers wouldn’t be known until 9AM, the lack of knowledge didn’t deter additional customers from joining the line: by 7am more then a hundred and fifty customers were snaked around the building. 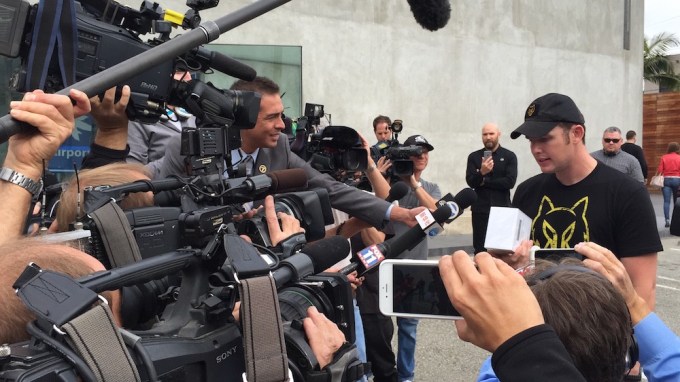 At every Apple launch day news stations start showing up as early as the night before, but like everything else about the Apple Watch launch, even the media crowd was different. There were many more outlets than I’d seen at a standard Apple retail launch  —  basically every station or newspaper in Los Angeles had some type of presence.

About 5 minutes before 9AM someone went through the line handing out numbered tickets. Then, precisely at 9AM customers were let into the store in groups of 6 — each person paired up with a specialist that would guide them through the purchase process.

Despite the haute Melrose address, It turned out that the entire launch was practically run by Apple. The company had sent employees to handle every part of the process, except for paying for the watch, which Maxfield employees conducted from the try-on area.

The general vibe was that this was Apple’s show, and Maxfield was just supplying the retail space. Apple even had their own press team to photograph and document the process for customers inside the store. 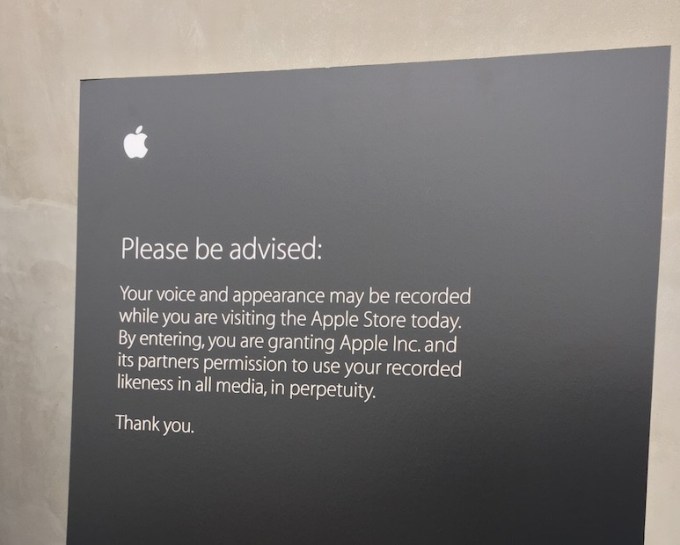 Once I entered the store I was handed off to an associate to help me try on each available pair and make a decision about the one I wanted (purchases were very strictly limited to one watch per person).

Even with all the furor, the store had limited selection — just the Milanese loop in stainless steel, and three different colors in the Apple Sport. Curiously absent was the elusive Apple Watch Edition, which Maxfield had originally said they would be receiving.

Curious, too, was the fact that the Apple employees in Maxfield were extremely reluctant to admit they worked for Apple. Most sales associates I asked replied with an extremely ambiguous “We’re all Maxfield today.” And every employee in the store wore black, which made distinguishing an Apple employee from a Maxfield employee nearly impossible.

At the end of the day, I bought a watch (which was the same thing that would have happened at an Apple store, the Maxfield store, or if Apple had launched the watch anywhere else in the city). The try-on process itself was even the same — I noticed employees helping with my watch decision were using the same key phrases taught to Apple employees before the launch.

Some things, though, were still off. Gone was the infamous clapping and cheering that comes with an Apple launch, replaced by the Maxfield employees monkishly ushering customers in one at a time. It almost seemed like Apple and Maxfield had somehow divided up responsibilities, and each applied their signature “culture” to the process.