The idea is to give developers the tools necessary to build cloud apps without ever having to worry about scaling and having to rearchitect their infrastructure to keep up with growth.

To do so, Service Fabric combines microservices with the company’s expertise in orchestrating and automating them across distributed systems. Service Fabric will also offer Visual Studio and command-line tooling and application lifecycle management support. 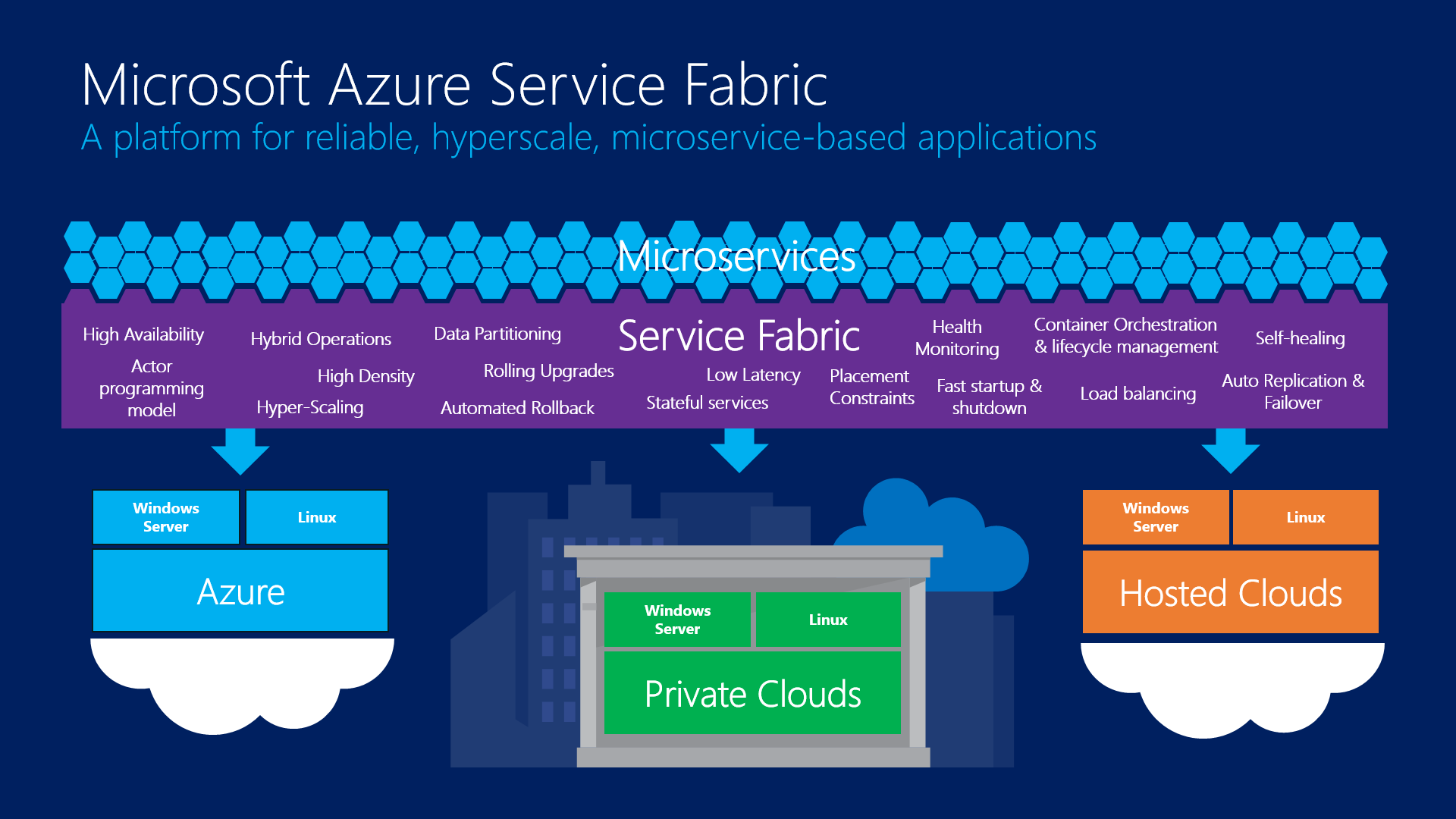 Service Fabric sits between the different microservices that make up a modern application and the cloud the application is hosted on. Microsoft itself describes the new service it as “a developer framework that intrinsically understands the available infrastructure resources and needs of applications, enabling automatically updating, self-healing behavior that is essential to delivering highly available and durable services at hyper-scale.”

Maybe even more interestingly (though this fits in well with Microsoft’s focus on hybrid cloud deployments) is Microsoft’s commitment to support Service Fabric for private clouds and, in the long run, hosted clouds, too.

Microsoft is still somewhat vague about some of the details and what exactly the developer experience with Service Fabric will look like . While the company is announcing the service today, it isn’t actually releasing any bits yet and there is no way for developers to test drive the service at this point. Instead, Microsoft plans to release a developer preview and SDK of this new service at its BUILD conference next week, where it will also demo Service Fabric in more detail. BUILD kicks off next Wednesday and we will likely learn about more about Service Fabric then.