With timing that’s not at all coincidental, HBO today – 4/20 for those in the know – announced it has acquired a web series called “High Maintenance” which follows the adventures of a Brooklyn pot dealer.

The online comedy gained notoriety as the first-ever Vimeo Original series when the streaming video site partnered with show creators Ben Sinclair and Katja Blichfield back in 2013 to release the initial episodes free of charge. The show returned to Vimeo for Season 2 last year, and has since become one of the all-time top-selling releases for Vimeo On Demand, the company noted today in a statement.

The show had earned its creators a WGA award and had been heralded by critics from Entertainment Weekly, Time and the New Yorker for its humorous glimpse into the lives of the dealer’s clients, which have included guest stars from shows like web series “Broad City” and the BBC drama “Downton Abbey.”

“‘High Maintenance’ has proven to be one of today’s most highly acclaimed online comedies,” HBO programming president Michael Lombardo said of the acquisition. “We are thrilled to bring this sophisticated and clever series to our HBO audience.”

HBO deal will see the network airing the next six episodes of the series, as well as making the show’s prior seasons available to its customers. That content will roll out to HBO, HBO GO, and its new standalone offering for cord cutters HBO NOW later this year, HBO says. Vimeo will not have any access to the new material.

Notably, HBO tells TechCrunch this is the first time it has acquired a web series outright quite like this. And while it won’t discuss the deal’s financial terms, it did say that the acquisition was made without Vimeo’s involvement – meaning HBO was already scouting the web for options, instead of having them dropped at its feet. 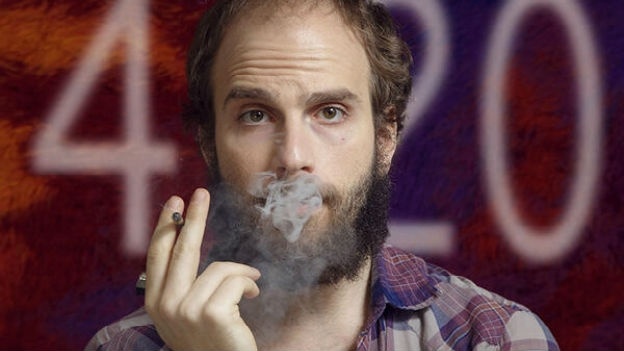 As HBO expands its network in an attempt to reach those who no longer wish to pay for cable or satellite TV with HBO NOW, it may continue to look to the web to find more content to flesh out its lineup going forward. That’s not an entirely novel strategy these days.

Former Hulu CEO Jason Kilar’s new startup Vessel, for example, which just raised nearly $58 million more, is also building a company whose business model involves making online video creators’ work something that people will pay a premium for access to. (In Vessel’s case, however, it’s not about exclusive deals for web shows, but in providing its users with early access to their web video favorites.)

And while HBO may not have bought a scripted web show in this way before, it has made recent deals that indicate it understands the power of online video. For example, a deal with VICE announced earlier this year will have the news network producing a daily newscast for HBO, and certainly the strength of VICE’s online video was considered at the time.

HBO has also been in business with “Funny or Die” for a while now, and had a series called “Funny or Die Presents.”

HBO will likely continue to be highly selective when it comes to snatching up shows from the web. The quality of HBO’s programming is always what has differentiated it from other networks, and why the company is able to charge a premium – nearly double the price of Netflix – for access to its over-the-top service, HBO NOW.

Neither HBO or Vimeo would speak to viewership numbers for “High Maintenance,” but Vimeo did release six episodes as part of its deal to finance the show’s second season when it become the site’s first Original Series. The streaming video site says it’s now in active discussions with the creators about developing future projects for Vimeo, but has nothing to announce at this time.

“High Maintenance provides a roadmap to pursue other quality Vimeo Original programming, and we’re eagerly evaluating ideas and opportunities to work with other world-class creators,” a company spokesperson explained. “In the meantime, we’re actively investing in first-window exclusives across the board and will release dozens of these throughout the remainder of 2015.”