Cord cutters who have been considering switching to Dish Network’s streaming service Sling TV may be having second thoughts as of this morning. The company, which offers a $20 per month bundle of TV channels you can watch over the internet in addition to various add-on packages, was earlier this month forced to apologize after an outage interrupted some viewers’ ability to watch the Final Four games of the men’s college basketball tournament.

Now the company has stumbled again, it seems. During last night’s premier of HBO’s “Game of Thrones,” many Sling TV subscribers were unable to load the app on their Roku devices.

The company acknowledged the problem on its blog, noting that its teams “are actively addressing the issue,” but offering few other details on what caused the app’s failure to load.

These issues are not without consequence for the new streaming service. Sling TV has the enviable position of being one of the few places where Internet users can legally watch HBO content without a cable TV or satellite subscription. Along with Apple and Cablevision, which are both providing customers with access to HBO NOW, the network’s over-the-top service for cord cutters, Sling TV had also scored a deal where its own subscribers can add the channel on top of its core package for an additional $15/month – the same price as HBO NOW. 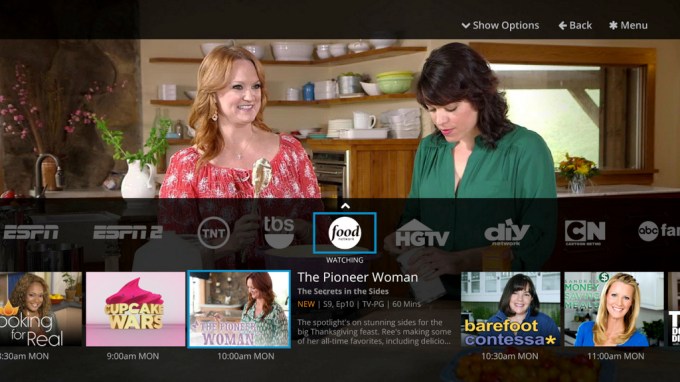 With Sling TV’s HBO package, customers can watch linear streams plus a video-on-demand option that’s a lot like what cable TV providers offer today. But unlike cable TV, Sling TV’s promise – beyond the ability to subscribe to programming packages a la carte at reduced rates – is that those channels can be viewed over the internet on a range of devices, including the Roku, Xbox One, Fire TV, PC and Mac desktop, and iOS and Android.

But while Sling TV has the advantage of being one of the early entrants in the streaming space with access to channels and content that have few – if any – other streaming options available (like the ESPN channels, for example), its glitches prove that the reliability of internet-only TV services like this are still in question.

With traditional cable TV, outages and errors are rare, but with the over-the-top services, they seem to be more common. Even HBO GO, the network’s app for cable TV providers that lets them stream the content to smaller screens, was affected last night during the “Game of Thrones” premiere. The company’s Twitter feed was fielding a number of complaints from users who weren’t able to watch HBO GO, most often via their Xbox One consoles.

HBO NOW, however, didn’t crash under last night’s influx of new viewers, which is a notable first step for the new service.

In Sling TV’s defense, it did perform better than during the Final Four games, likely thanks to the earlier improvements it made to the way it managed load and handled new customer sign-ups, among other things. But even if the issues were limited to one app – the Roku app, in this case – it’s this sort of flakiness that could cause customers to think twice about whether or not they’re ready to cut the cord at all.

And those hesitations can have a larger impact on the industry as a whole, as a number of companies are betting on this movement of customers away from big cable TV to new forms of Internet-only entertainment, whether that’s content from YouTube creators as aggregated by the startup Vessel, for instance, or even HBO itself as a standalone service.

The network finally risked offering an over-the-top version of its service to the 10 million broadband-only U.S. homes, despite the fact that the majority of its revenues still come from pay TV subscribers, but it could struggle to grow that cord cutting audience if they think that the streaming options are hit-or-miss when it comes to reliability and stability.