With the growing number of large-scale hacks and revelations of government surveillance still fresh on people’s minds, a company called Neone is introducing a way for families and friends to more privately share content, including files, photos, videos and more, with one another without having to rely on the cloud. Instead, with a piece of hardware it’s calling the Neobase, you’re able to store your own information and content at home on an encrypted device, and then share that content directly over a secure connection with others – without having to first pass through other devices, servers, or websites.

Over the years, several startups have attempted to combat dominant social networking services like those from Facebook, also by noting the need for increased user privacy in their marketing pitches. But it hasn’t been until recently we’ve seen even a slight shift in social networking beginning to take place – with growing numbers of consumers now active on private, and often mobile, messaging and communications apps, for example.

This is where Neobase could potentially fit in. While today it offers something of a home server for your content, users interact with its social networking services via either desktop apps for Mac or PC, or mobile applications on their tablets or smartphones. Initially its app will be released for iOS devices, with Android support in the works. 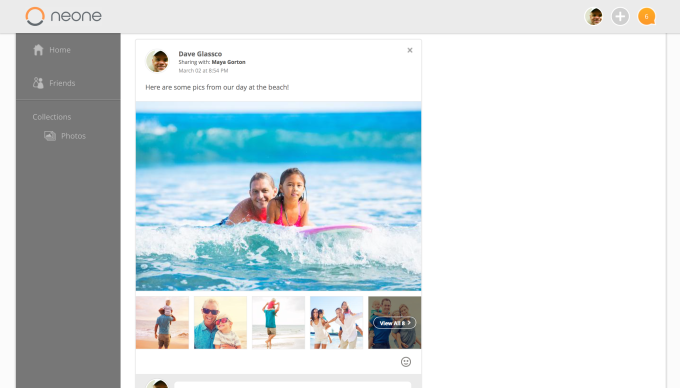 The idea for the Neobase device comes from Austin-based entrepreneur Dave Glassco, a longtime internet advocate who’s also President of the Participatory Culture Foundation, the creator of open tools like the Miro video player, as well as a board member at the nonprofit news organization Mother Jones.

Explains Glassco, “as I guy who ran my own servers, I know that as soon as [your content is] on someone else’s server, you’re not really in control of it. Every privacy-based project you’ve seen so far before has been in the cloud, and I wanted to reverse the equation and have it completely free of the cloud,” he says.

With Neobase, the idea is to offer users a way to share their content without ceding that control to other companies, whose policies and rules can change at any time, while also keeping it safer from hackers who continually try to compromise these cloud-based services.

The Neobase itself is a small, 1 TB encrypted hard drive that sits 6 inches high and is 3.5 inches wide. It connects to your home network by way of ethernet or Wi-Fi. An included USB port allows you to expand the drive’s storage, if need be, and the drive runs a customized version of Linux to support its social networking functions. 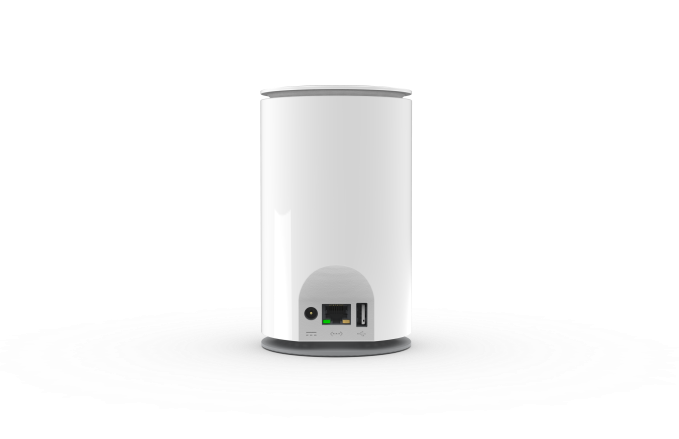 However, unlike software solutions that ship with current mass-produced hard drives, such as Western Digital’s MyCloud, for example, Glassco says that the Neobase isn’t about adding a Dropbox-like service to a personal hard drive – it’s really about offering users their own social networking platform.

As it goes to launch, the device allows users to privately post and share files of any type, which others can then view if they have a Neobase account. One device can actually support up to five users – allowing you to add other, remote family members or friends to your private network, even if they’re not device owners. To share with more than five, however, someone else will need to add their own Neobase device to the mix. (The limitation has to do with ensuring good performance, the founder says.)

Friends can like and comment on your shares via Neobase, and they can watch your videos through a built-in media player. But in the future, Glassco envisions that the hardware platform will support other applications, too, like video chat or document collaboration, for example.

In terms of security, the Neobase apps use a secure SSH tunnel to connect to your device and the Neone Network, which is more secure than using a browser with SSL. But the technical underpinnings, which also involves an exchange of public and private keys, is a simple three-step process so users may not even realize how their content is being secured. Of course, nothing is 100% safe against a determined hacker, the device offers some risk reduction versus competing solutions.

The Neobase is selling for $299 on Kickstarter, with a goal of raising $100,000. However, stresses Glassco, the crowdfunding is not being put toward development. The startup is already backed by $5 million in outside funding from private investors, and it has already completed two manufacturing runs that produced over 50 devices.

The Neobase is ready and will ship in July, he says. Now the question is whether there’s a large enough audience actually willing to invest a few hundred bucks to secure their content and privacy.